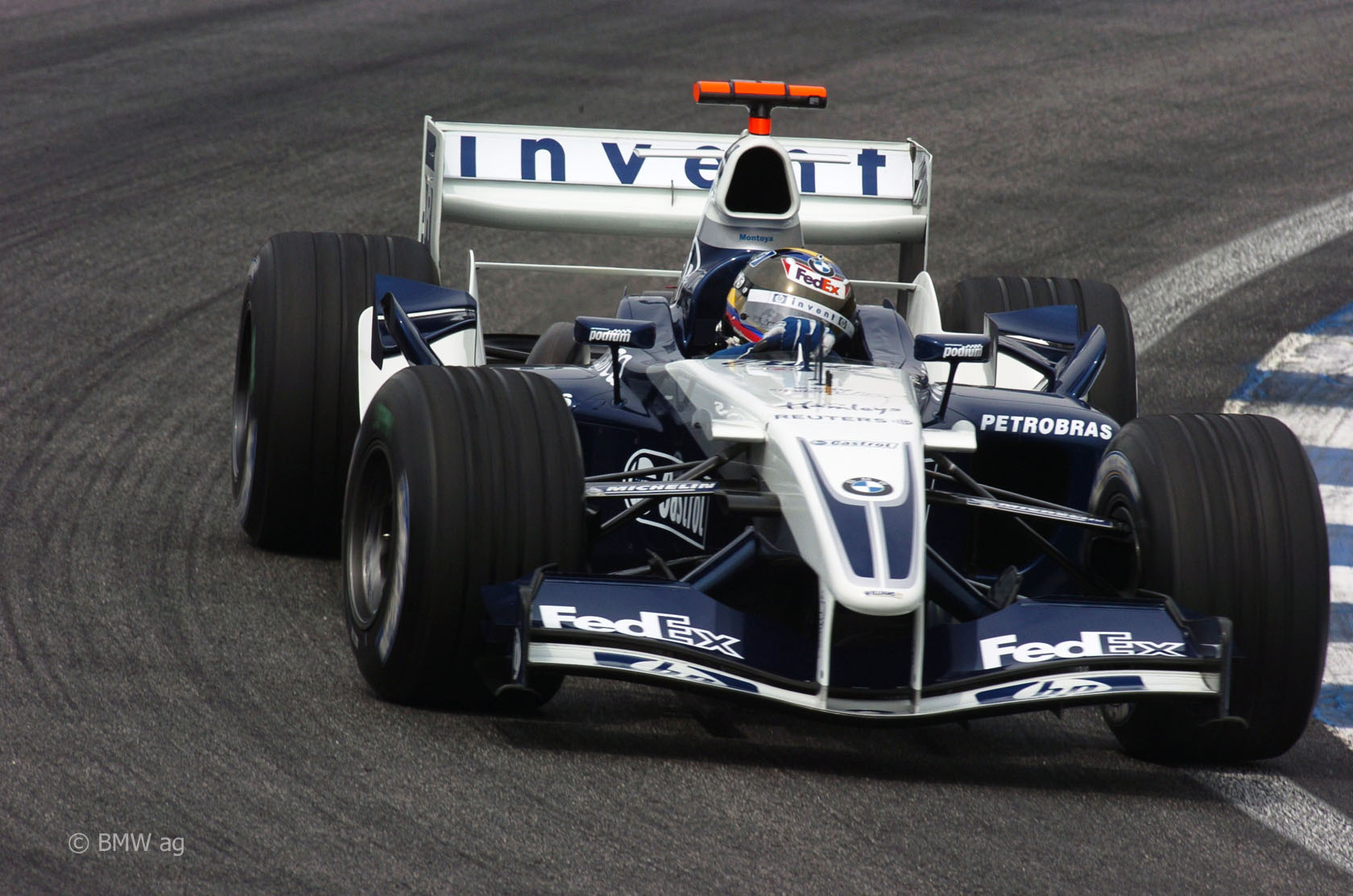 Williams may have won the final round at Brazil in 2004, but as Mark Webber is about to discover all is not well down at Grove

Mark Webber will be looking on his 2005 move to Williams as his big break. While there is no doubt that his move from Red Bull (formerly Jaguar) to nine-time constructor’s champions Williams is a major step towards the front of the pack, there are signs are that it coincides with a drop in Williams’ fortunes.

Since 1994 Williams may have won three driver’s and four constructor’s titles, but all too often the chance for greater thing has been squandered. The shock of the death of Ayrton Senna, the disruption caused by the ensuing trial that dragged on into 1999 and the loss of Adrian Newey to McLaren have all been major setbacks. The team’s successes have gradually declined, taking their last titles in 1997 before Renault left them, suffering a winless streak that lasted until 2001, and only winning a handful of Grands Prix since then, despite enjoying the most powerful engine in Formula One for much of that time.

Now, as Webber arrives, BMW are demanding victories and threatening to share the engine deal with Sauber or quit F1 entirely. Webber arrives in the wake of the double departure of Ralf Schumacher and Juan Pablo Montoya, both of whom were making wage demands well beyond Frank Williams’ inclination. A further blow was dealt to the team when attempts to poach Button from BAR foundered on errors made by Button’s manager, John Byfield. This left Williams to make a difficult decision between test driver Antonio Pizzonia and Jordan refugee Nick Heidfeld – a decision made in favour of the latter as much as a sop to BMW than for any other reason.

Webber is under no illusions about the challenge before him – and that the FW27 is, for the time being, not up to the task. He has already launched into ‘managing expectations’ mode: “We’ve only got ourselves to blame. We could have very easily been in a much better position but we’re not and there are no excuses for that.”

Going into round one it looks almost certain that Williams have lost ground to McLaren and Renault, and are no closer to BAR or Ferrari. With car reliability likely to be greater this year than ever before, it could even be a while before Webber improves on his best finish to date – still that heart-warming fifth at Melbourne for Minardi three years ago.

Most worryingly, Williams personnel have been saying loud things about how good Red Bull’s RB1 looks. Having declined to offer David Coulthard a one-year contract for 2005, it would be a dismal turn for Williams to lose out to Red Bull early in the season.

Whatever momentum Williams took from winning the last race of 2004 appears to have dissolved over the winter. And although you would expect Webber to do excellent work with fellow antipode Sam Michael, the jury is decidedly still out on Michael, who took over as technical director from Patrick Head last year and immediately suffered the embarrassment of a double disqualification at the Canadian Grand Prix.

There are rays of sunshine: “We are definitely more reliable than other teams, which is encouraging,” points out Webber. Indeed, they do appear to have continued and built on their impressive reliability in winter testing (having had the second most reliable cars in 2004). And BMW haven’t failed to give Williams a decent engine more or less since the two joined up in 2000.

And Williams, unlike many of the smaller teams, at least enjoy the benefit of two wind tunnels to tackle their aerodynamic deficiencies with (even though the failure to accurately correlate data between the two has been the cause of many of their present problems.)

Williams have proved in the past two seasons that, though they may lack pace early in the season, they have the capacity to make a difficult car come good. This will give only little cheer to Webber as he starts his home race for the fourth time next Sunday, but the rest of the season is his to carve out a reputation for himself as a driver who is more than the sum of the parts of the car he’s sitting in. He’s done it before at Jaguar, and if he proves Williams’ saviour, there may yet be more victories and championships for the team, and himself, to savour.