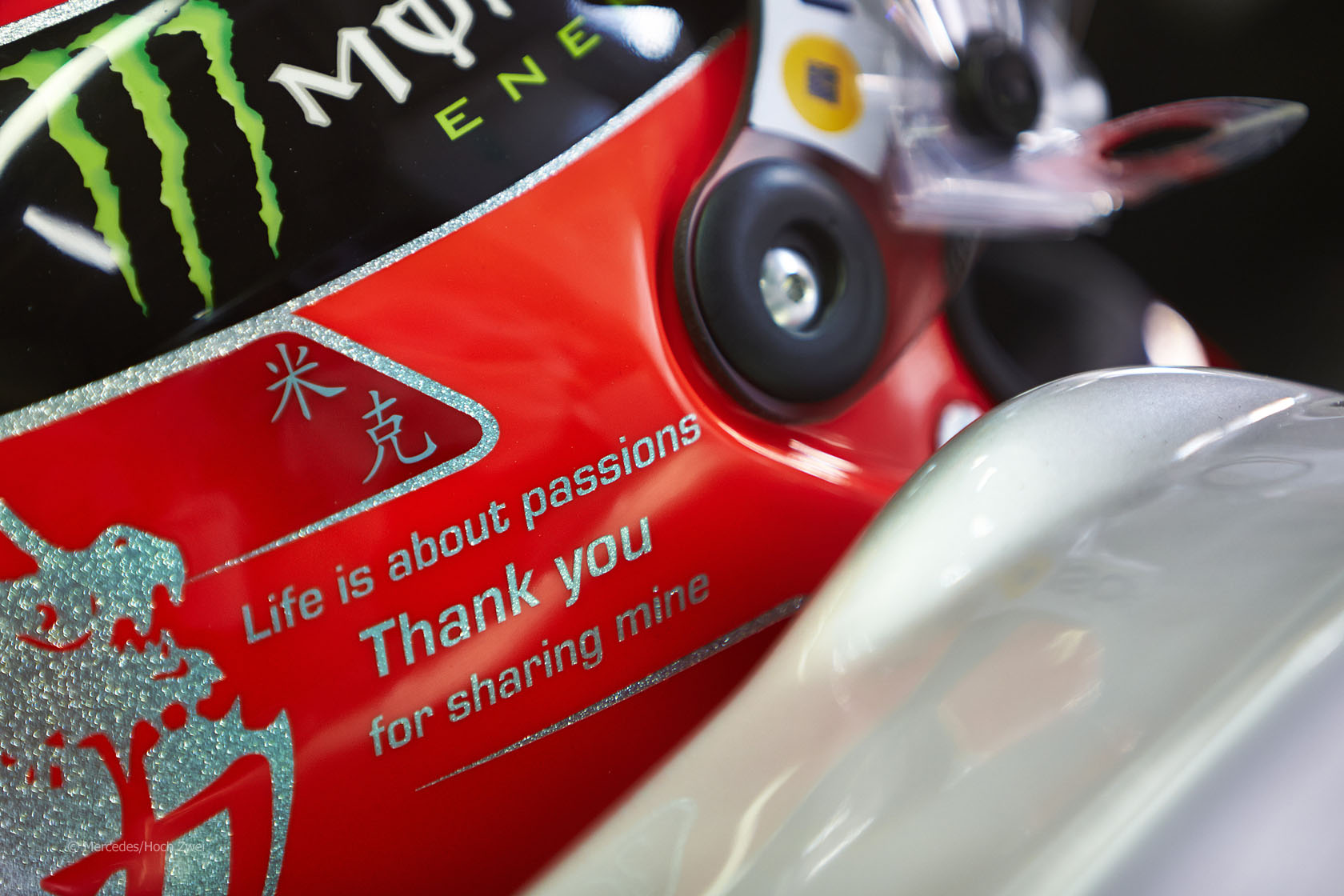 The Brazilian Grand Prix saw the end of an era as Michael Schumacher retired from Formula One.

It’s not the first time he’s done so, but it will be a great surprise if this one does not prove to be the last.

In Brazil he raced with a helmet bearing the message “Life is about passions. Thank you for sharing mine.”

Schumacher took the chequered flag at his 306th and final Grand Prix in seventh place. As he returned to the pits he shared a few words with his team on the radio.

“Great drive, Michael,” said Ross Brawn. “Some of the magic showed there. It has been genuinely a great privilege for all of to work with you these last three years. It’s a shame we haven’t had a better car but it’s been a wonderful period, lots of memories. Thank you.”

“I wish you a wonderful time whatever the future may bring to you,” Schumacher replied. “I’ll be crossing fingers. I’ll keep those three years and good memories and some good times.”

“I say let’s get ready to party later on! Thank you.”

After that Schumacher went to congratulate Sebastian Vettel, his natural successor as Germany’s top racing driver, on his third championship victory.

A selection of pictures of Schumacher marking his final F1 race weekend.

23 comments on “Schumacher says farewell to Formula One”