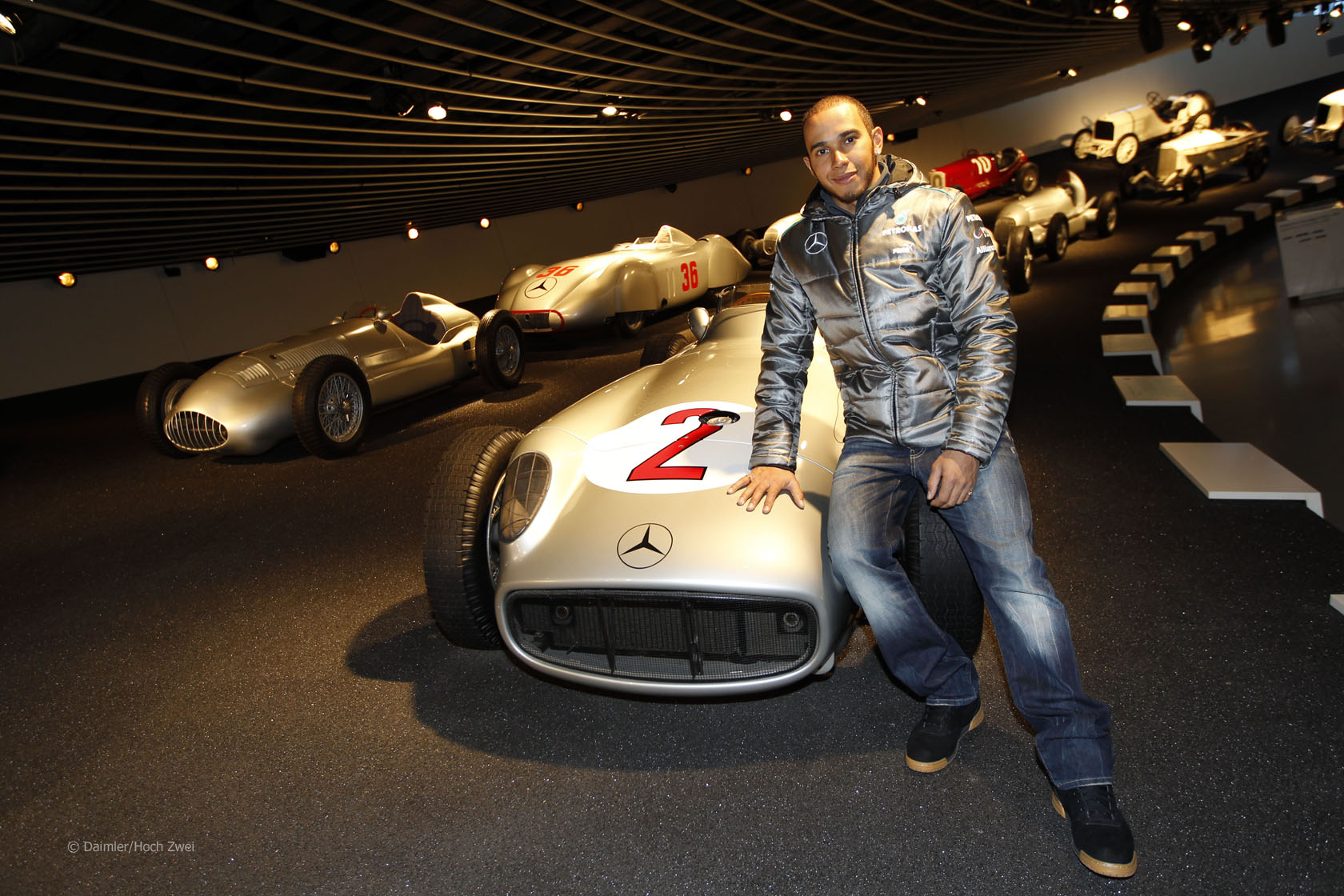 Lewis Hamilton talked about his upcoming debut for Mercedes while visiting the team in Stuttgart yesterday. See what he had to say in this video:

Hamilton also had a chance to examine some of Mercedes’ classic Grand Prix racing cars in their heritage museum.

Among the cars in this video are a 1934 W25 of the type he drove in 2009. He also had a look at a 1954 W196 in both streamliner and non-streamliner form, the last car Mercedes won a Grand Prix with until last year: