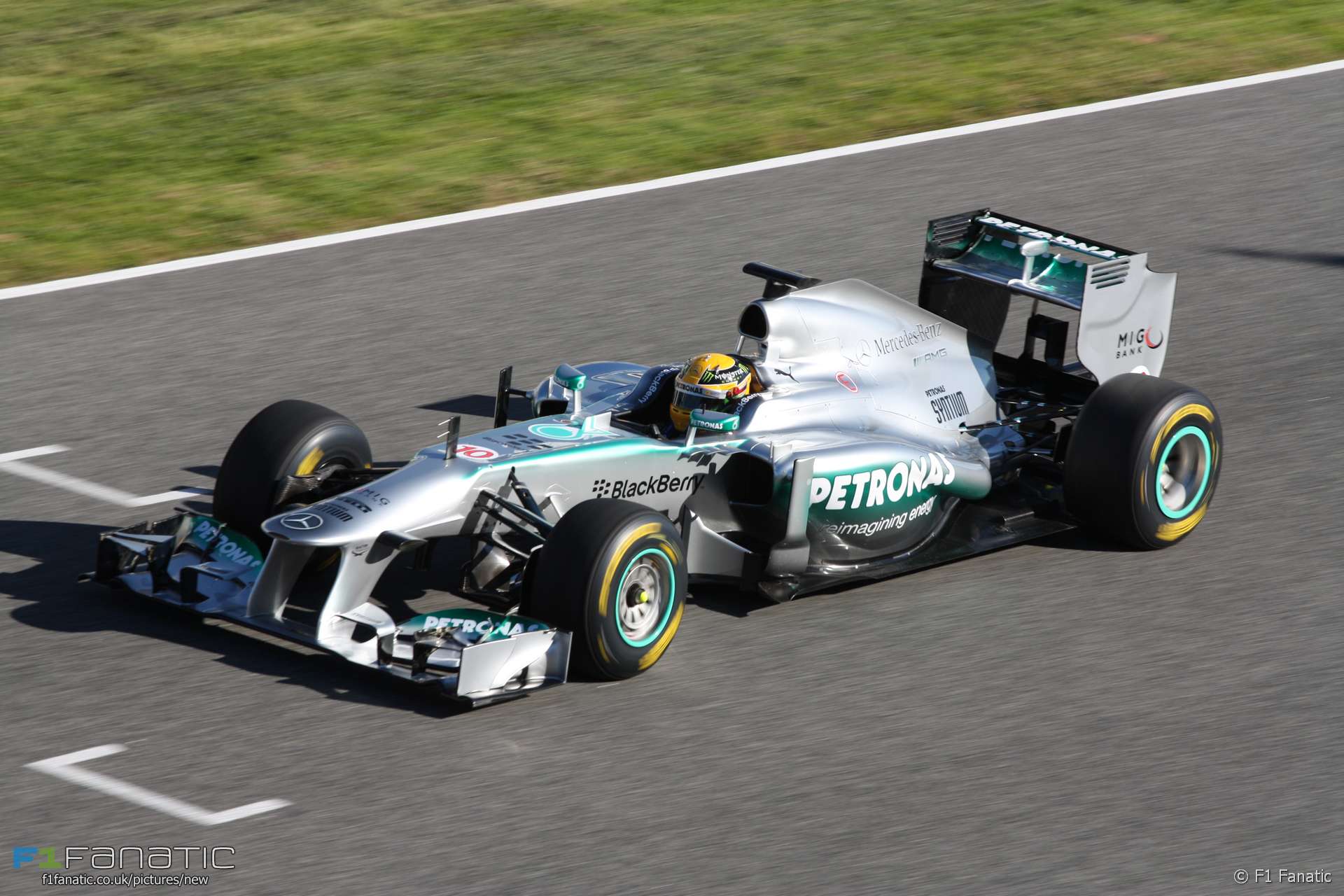 Lewis Hamilton has got behind the wheel of a Mercedes for the first time during a filming day at the Jerez circuit.

Hamilton drove the W04 which was officially launched earlier today.

37 comments on “Hamilton does his first laps in a Mercedes”