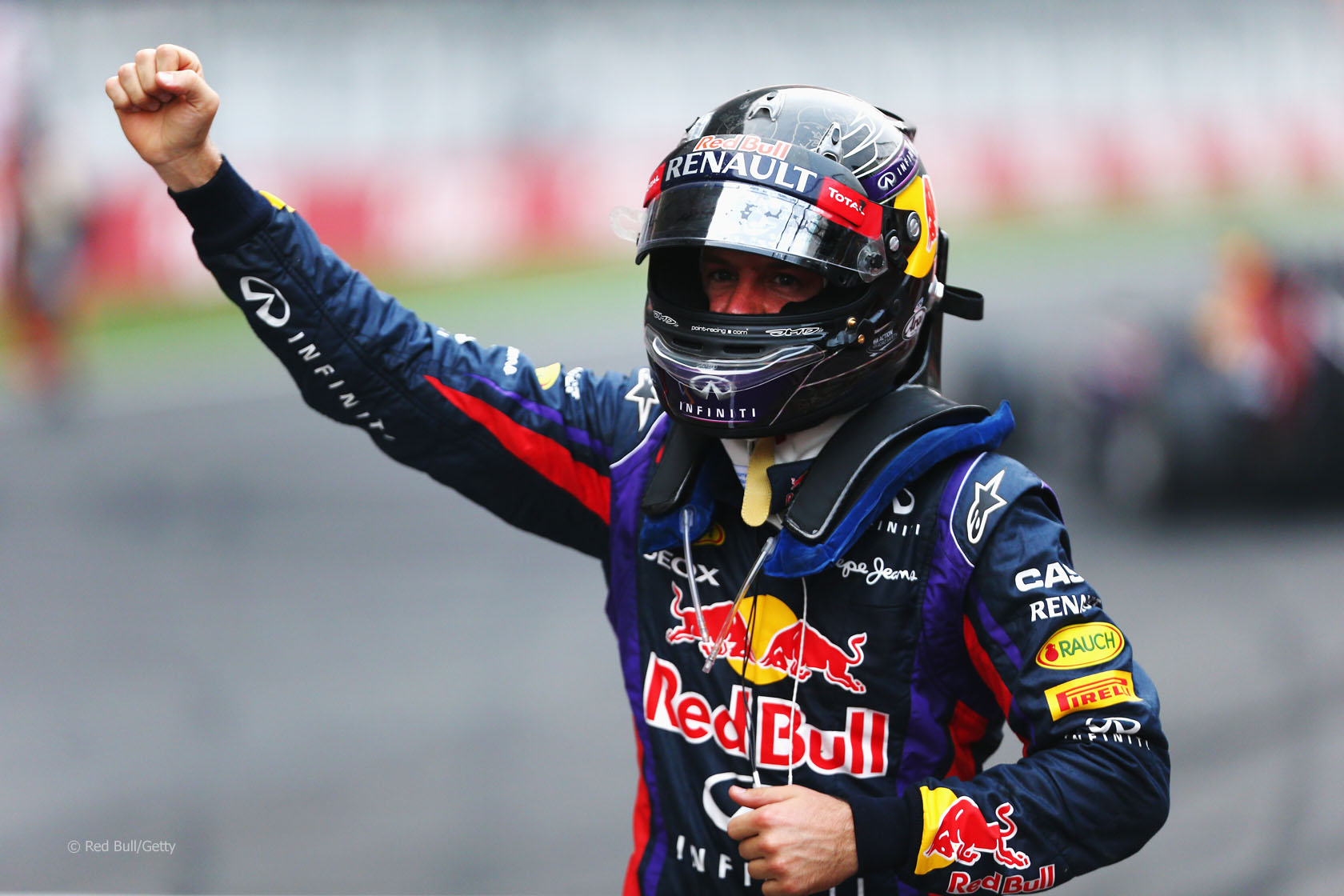 Sebastian Vettel has become the Formula One drivers’ champion for the fourth year in a row following his victory in the Indian Grand Prix.

He is only the third driver in Formula One history to win the title for four years running. The first was Juan Manuel Fangio, who became champion for the second time in 1954 then won the next three championships as well.

The other driver to win four in a row was Michael Schumacher, who took five of his seven championship victories consecutively between 2000 and 2004.

The 26-year-old Red Bull driver is the only person ever to win his first four championship titles consecutively.

Vettel said it was “unbelievable” to see his name alongside the sport’s all-time greats.

“I’m speechless,” he said on the podium after the race. “I crossed the line, I was empty. I took ages to think about something to say. It’s one of these moments you wish to say so many things but you can’t.”

Vettel said it had been a “phenomenal” season for the team. “I said it on the radio, it gives me so much power than it’s a pleasure to jump in the car and go out for the guys and just try to give it all I have.”

“The spirit in the team is fantastic,” he added. “The sort of numbers and statistics that we have done in the last four years is unbelievable.”

“I don’t feel old – I’m getting older but I think I’m not that old yet – but to achieve that in a short amount of time is very difficult to grasp. Maybe in ten years’ time, I’m trying very hard to come to the level I am now, maybe then I’m a little bit better in actually understanding what we have done so far.”

Team principal Christan Horner said: “For Sebastian to have joined the illustrious names of [Juan Manuel] Fangio, [Alain] Prost and [Michael] Schumacher is an incredible achievement, especially at such a young age and it’s a privilege to work with him.”