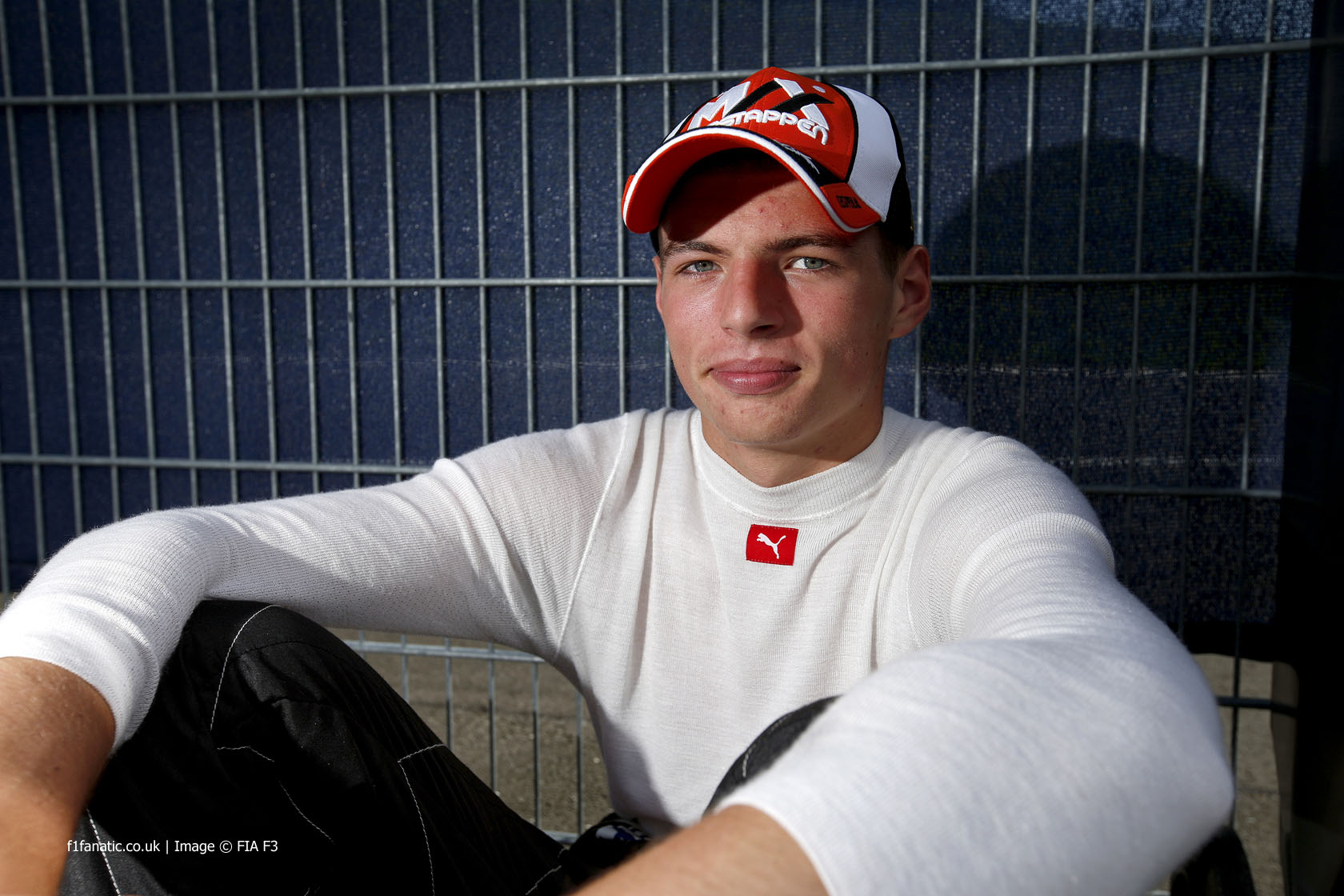 Max Verstappen, the 16-year-old Formula Three driver and son of former F1 racer Jos Verstappen, will make his Formula One debut for Toro Rosso next year. The team has confirmed Verstappen will drive for them next year alongside Daniil Kvyat, replacing Jean-Eric Vergne.

Verstappen, who was signed to Red Bull junior programme last year, is currently in his first year driving single seaters having graduated from kart racing. He will be 17 when he makes his F1 debut, making him the youngest driver to compete in the world championship.

Despite Verstappen’s lack of experience, Toro Rosso team principal Franz Tost says Red Bull “consider Max to be as one of the most skilled young drivers of the new generation and we believe he has the necessary maturity and mental strength to take on this challenge successfully”.

“Bearing in mind that Scuderia Toro Rosso was created with the aim of bringing young talent from the Red Bull Junior Team into Formula One and to educate them,” Tost added, “it will now be up to us to provide Max with a competitive car, which will enable him to have the best possible start to his Formula One career”.

Tost added his thanks to Vergne, who will leave the team after his third year in F1. “He has produced strong performances, but unfortunately he was also hindered by some reliability problems, especially in the first half of the current season.”

“We hope that we have resolved these problems and that he will be able to end the second half of this season on a high note and thereby show that he still deserves another opportunity in Formula One.” Verstappen said: “First of all I would like to thank Dr Helmut Marko and Red Bull for all their trust and giving me the chance to make my Formula debut in 2015 with Scuderia Toro Rosso,” he said. “Ever since I was seven years old, Formula One has been my career goal, so this opportunity is truly a dream come true.”

“There are several people that have helped me throughout the years and still support me to this day and I want to sincerely thank them. First of all a big thanks to my father Jos, who has always been by my side, day and night, year after year.

“Of course I’m very thankful for all my sponsors who’ve believed in my talent and supported me in these financially difficult times. I hope that I can maintain a wonderful collaboration with them as I embark on this exciting new phase in my career. I also want to thank my manager Raymond Vermeulen, for all his efforts in making this agreement possible.

“Finally, thanks to all the teams in the various karting and single-seater categories for their vital help and support. Without them, I wouldn’t be where I am today.

“We’ve all worked tremendously hard to reach Formula 1 and I will give my absolute best to be successful in the pinnacle of motorsport. With the return of the Verstappen name to Formula One, I hope we can relive old memories and I’m hoping to see many fans at all the grand prix circuits.”

Verstappen is poised to emulate his father by making a very early Formula One debut. Jos Verstappen had started 52 single-seater races when he started his first grand prix at Brazil in 1994. Max has competed in 40 races since graduating from karts last year.

See the updated list of 2015 F1 drivers and teams

In the video above Verstappen was speaking after joining Red Bull’s driver programme but before his F1 drive was announced.