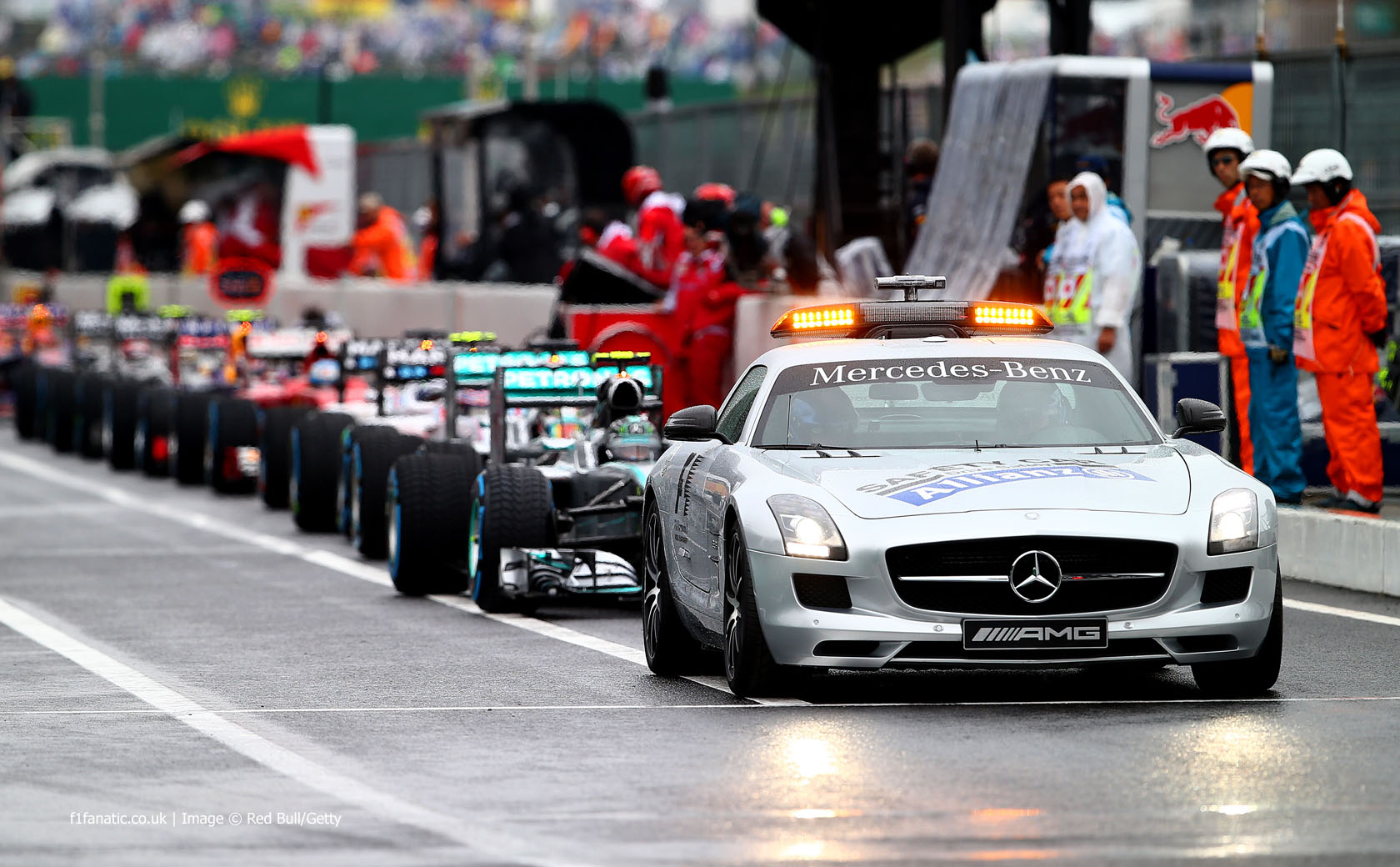 Lewis Hamilton defended the decision not to send out the Safety Car in response to Adrian Sutil’s crash during the Japanese Grand Prix.

Jules Bianchi was taken to hospital unconscious after spinning off at the same corner as Sutil and hitting a vehicle which had been sent to recover the Sauber.

Hamilton, who won the race, said it was not unusual for the Safety Car not to be used in such circumstances.

“That’s what they do all the time,” he told reporters at Suzuka. “That’s normal protocol just to get cars off the track for safety.”

“If the car was sitting there and someone would have gone off, they’d have hit the car. And there’s the yellow flag, and with the yellow flags you’re supposed to have a big lift, especially when it’s double yellow.”

Hamilton said he understood Bianchi had been “seriously injured” in the crash and added: “I hope he will be OK”.

While some drivers have criticised the decision to start the race on a very wet track, Hamilton said the conditions were fine and repeatedly said so on the radio before the Safety Car came in.

“They weren’t really that bad,” he said. “It was wet, obviously, but I’ve had much, much worse races in terms of aquaplaning and stuff. It started really badly and got quite intense and then they stopped the race.”

“When we went back out it was good, we were behind the Safety Car for a little bit too long. I kept saying on the radio ‘we’re good to go, we’re good to go’ because the track was great.

“But towards the end it started to rain a little bit more but it wasn’t causing me any problems particularly. But perhaps for others, so easy to lose temperature in these tyres, if you slow down a bit, then it’s very, very difficult.”

103 comments on “Safety Car not needed for Sutil crash – Hamilton”