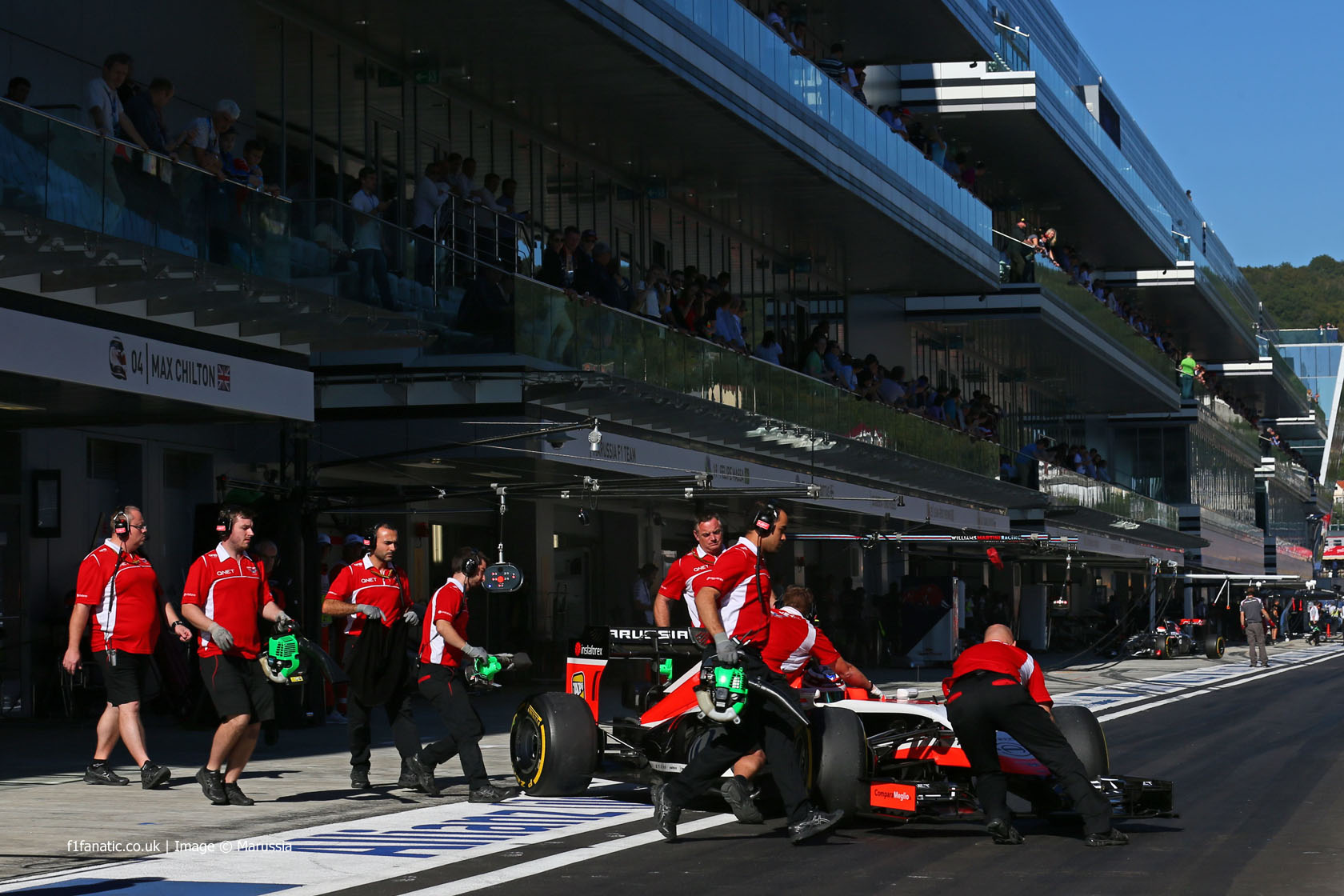 The only Marussia in the Russian Grand Prix was the first retirement from the race when Max Chilton reported a problem with his car.

Although Chilton suspected a fault at the front-left of his Marussia when he retired in the pits on lap ten, the team suspect the cause lay on the opposite end of the car.

“We felt the only option was to stop the car so that we could inspect it,” said chief engineer Dave Greendwood. “Having done so, we found that there was actually an issue with the right rear so we decided to retire him.”

Chilton said it had been an emotional experience when he and his fellow drivers paid tribute to his team mate Jules Bianchi, who was seriously injured in the last race in Japan.

“After an incredibly tough week for everyone in the team, we all deserved so much more from today’s race,” he said.

“It hasn’t been an easy day, far from it, and all the guys have had to dig deep to get us to the grid. When we got there of course, it was very emotional with all the support for Jules. I think the team, the sport and all the fans have really done him proud.”

“What the team needs now is to head home for support from their families and colleagues back at the factory,” he added. “Somehow we need to find the strength to regroup and move forward, which is hard to contemplate right now.”