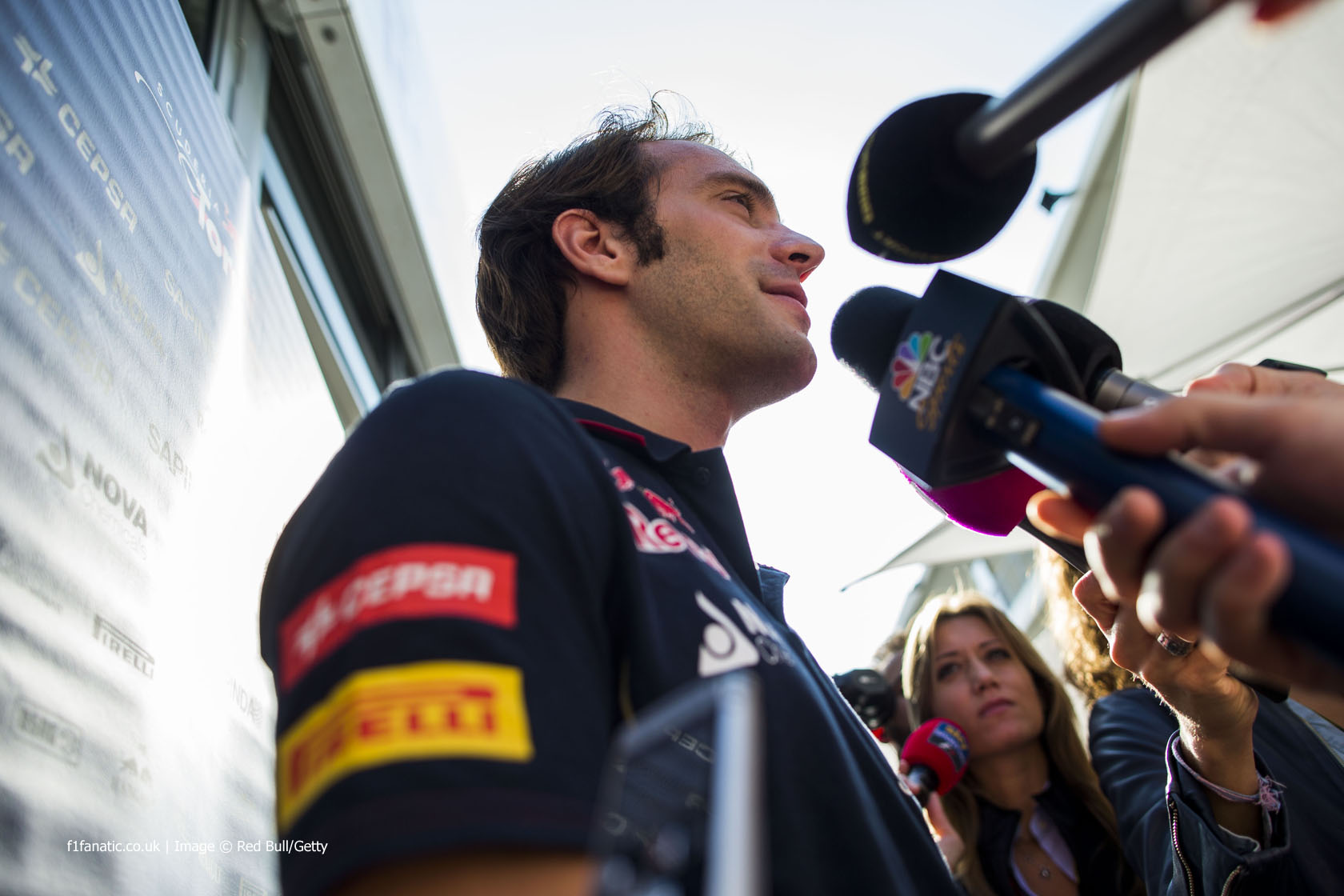 Jean-Eric Vergne has ruled himself out of remaining in Formula One with Toro Rosso in 2015.

Vergne has spent the last three seasons driving for the team but was due to be replaced by Max Verstappen at the end of this season.

Daniil Kvyat’s subsequent promotion to Red Bull from the second Toro Rosso seat opened up the possibility for Vergne to remain at the team. However following today’s test in Abu Dhabi he states he will not drive for them next year.

“Despite a good season and 22 points, I’ll not drive any more for Toro Rosso in 2015,” he wrote on Twitter. “Thanks for those years. Let’s go for another big challenge.”

Red Bull development driver Carlos Sainz Jnr, who won the Formula Renault 3.5 championship this year, drove for the team in yesterday’s test. Alex Lynn, who won the GP3 championship last week and is another of Red Bull’s young talents, tested for Lotus today. Both have been linked with the vacant Toro Rosso seat.