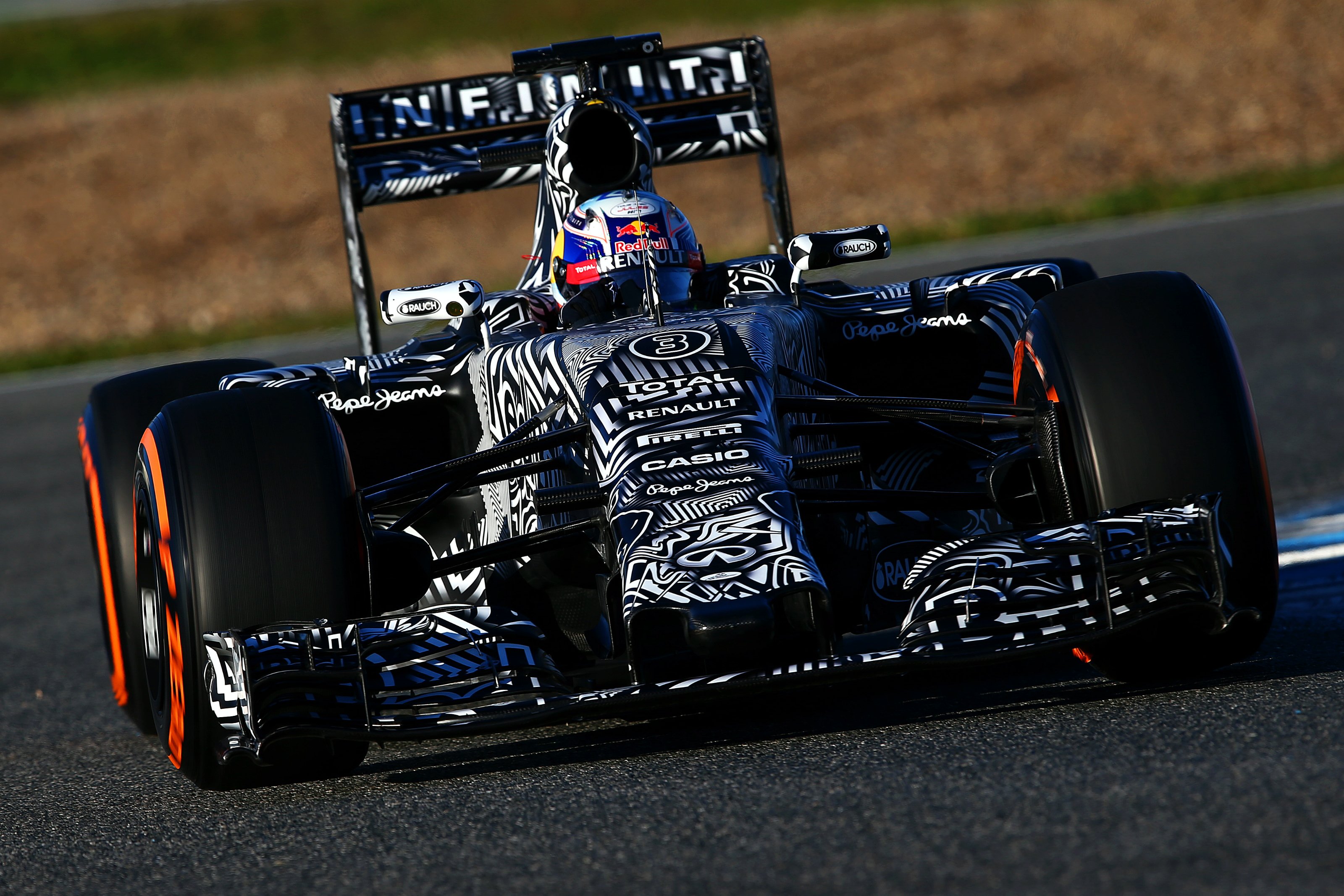 The Red Bull RB11 has appeared for the first time in testing at Jerez in Spain. The team’s new car is running in black-and-white camouflage, which Red Bull describe as a “special test livery”.

Red Bull’s grasp on the constructors’ championship slipped last year as Mercedes claimed the crown, while Sebastian Vettel lost the drivers’ championship to Lewis Hamilton. While Vettel has moved on to Ferrari, Red Bull intend to close the gap to their competitors by forging closer links with engine supplier Renault.

“The relationship with Renault is a lot closer now,” said team principal Christian Horner, who expects the partnership to make “big steps forward this year”.

“Red Bull is the only partner for Renault now, through ourselves and Toro Rosso,” he added, “and that focus from Renault together with a close involvement with our design team is yielding good results and a far closer integration between the power unit and the chassis side. Working in unison with Renault we can really make some big steps forward this year.”

Chief technical officer Adrian Newey said the team now has more direct input into Renault’s engine development, but warned it could take time for them to see the gains from it.

“What we have to remember is that the internal combustion engine and its very complicated associated items, the ERS and turbocharger, are long lead time items,” he said. “Those are things where if one team takes an advantage then it takes time to overthrow that or get back on a par with or hopefully ahead.”