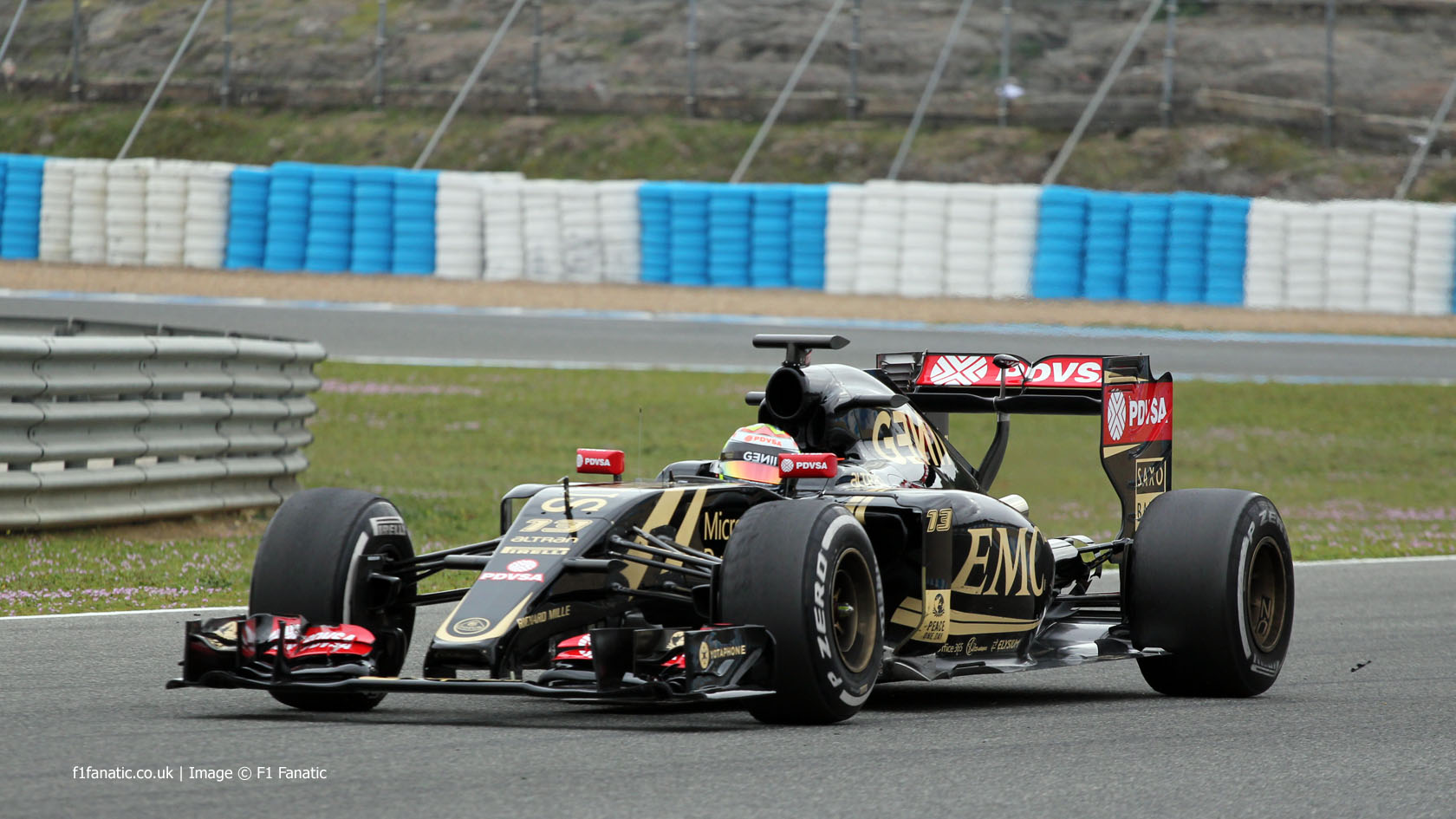 The Lotus E23, which has been photographed for the first time today, marks a new beginning for the team with Mercedes power.

15 comments on “First pictures: Lotus E23 takes to the track in Jerez”