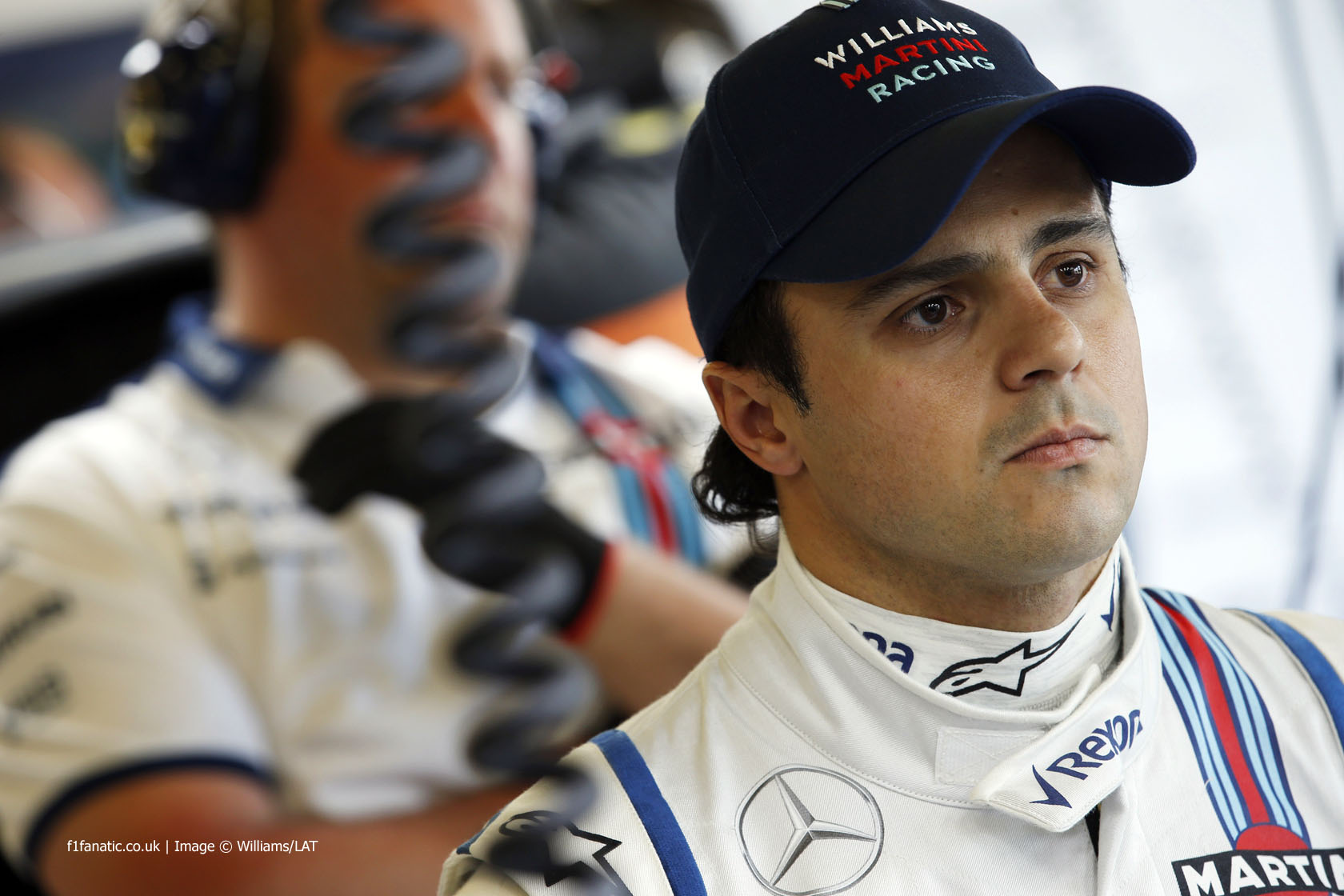 Williams are still at a disadvantage in wet weather conditions compared to their rivals, according to Felipe Massa.

The FW37s were seven-tenths of a second behind the Mercedes in dry conditions during practice, but over two-and-a-half seconds slower when it rained in Q3.

“We still have some of the issues in the wet that we had last season,” said Massa, who will start seventh ahead of team mate Valtteri Bottas. “Hopefully we can now look to solve a few of those.”

“Tomorrow looks like it will be dry though, so we hope for a better race,” he added. “I think in the dry we can both be in the top five.”