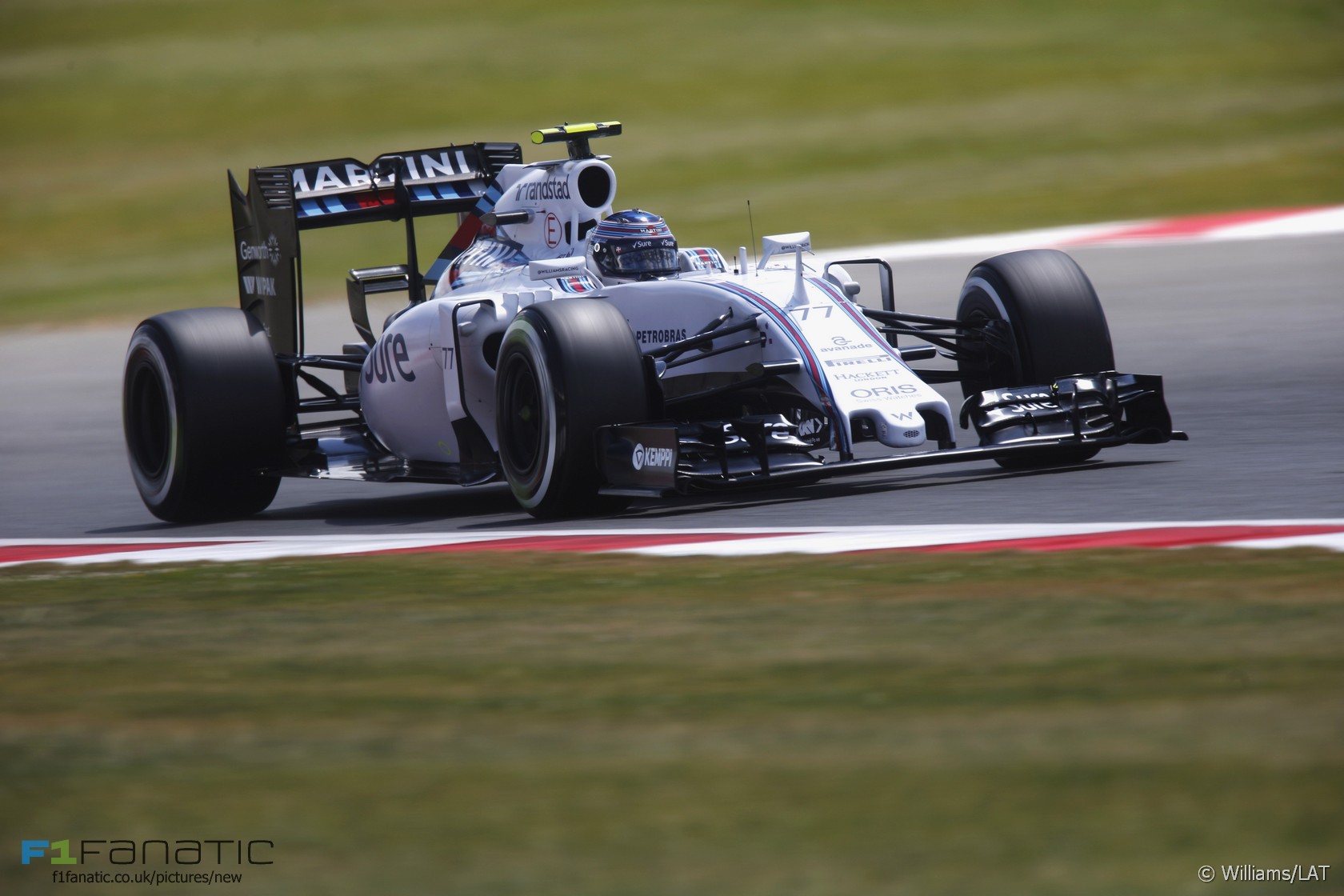 Valtteri Bottas said he passed up chances to overtake team mate Felipe Massa because his team told him not to.

Bottas ran second behind his team mate in the opening stages of the British Grand Prix but was initially told by Williams not to overtake the team’s other car.

He was later told he could attack Massa, but by then he wasn’t able to get past. Afterwards Bottas told reporters he would “go through everything” with the team.

“Obviously when you’re not allowed to race and when you have more pace than the car in front it is difficult,” he said, “so we need to go through it.”

“At that point it felt like I had a bit more pace,” he explained. “I had one or two really good opportunities at that point when I was not allowed to race him.”

“So obviously for me it’s a bit disappointing. But for sure there’s some thinking behind it and we need to go through what could have been possible today.”

However Massa said the only reason Bottas appeared to be quicker than him at that stage was because Bottas was able to use his Drag Reduction System.

“No,” said Massa when he should have let Bottas through, “because with the hard tyres I was quicker, so it was definitely not the right thing to do.”

“He was on the DRS, with DRS it was much easier for him to follow me in the long straights. So definitely if we had both without the DRS, maybe he would have had similar pace. But on the hard tyres I was quicker.”

35 comments on “Bottas says he had chances to pass Massa”