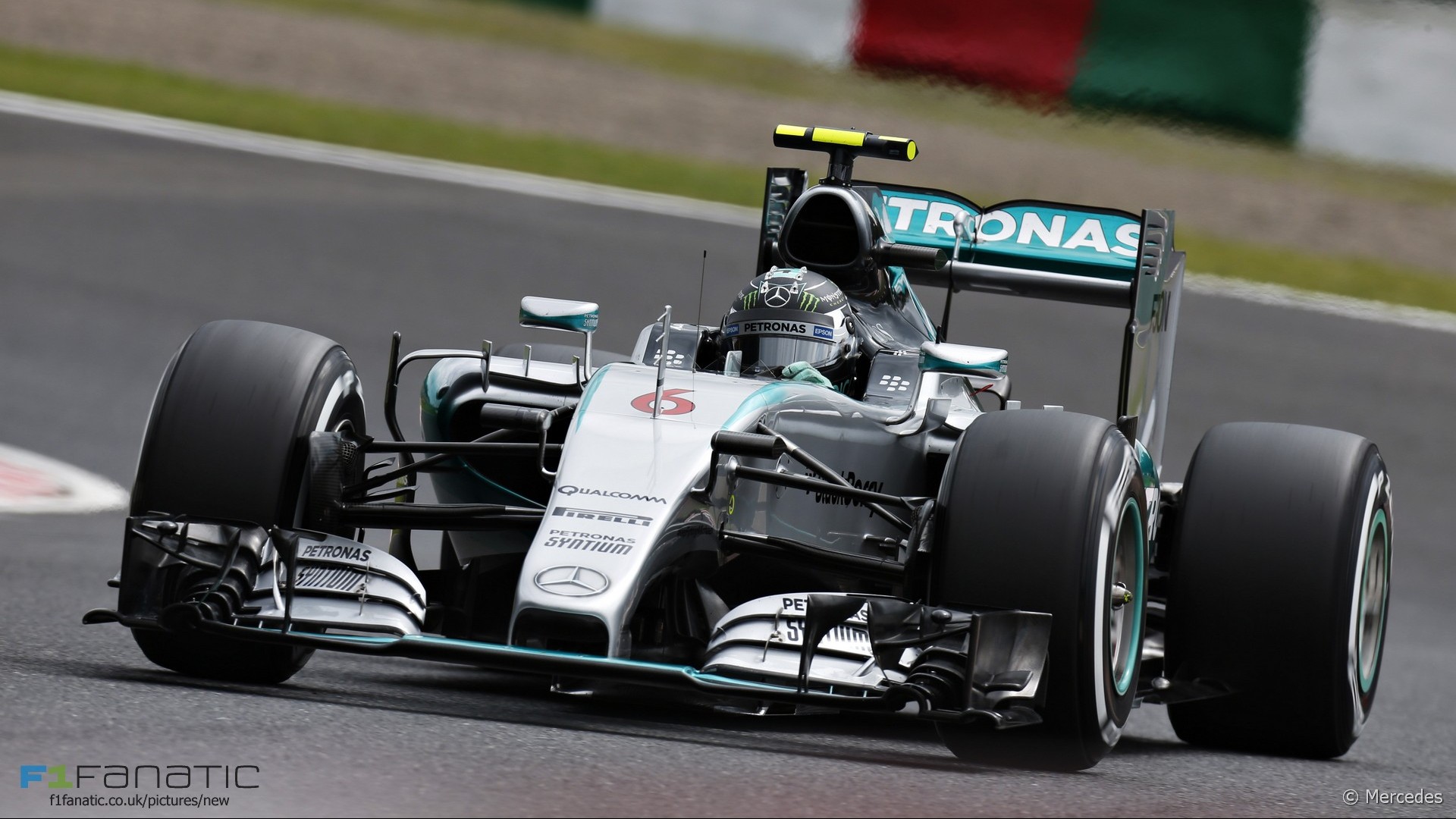 Nico Rosberg is wary about Mercedes’ performance in Russia this weekend as they will use the softest tyre combinations for the first time since their uncompetitive performance in Singapore.

F1’s official tyre supplier Pirelli has brought the soft and super-soft tyres for this year’s Russian Grand PRix instead of the soft and medium compounds used 12 months ago.

“It’s very unique this race with the asphalt, the super-soft/soft compared to last year soft/medium, so it will be a particular challenge,” said Rosberg.

“And we did show weaknesses on the soft/super-soft in Singapore – strong, big weaknesses. We have learned from that.”

“But again here is not Singapore so we need to really do as good job. It’s not going to be as simple as maybe Suzuka was in terms of preparation.”

Rosberg is 48 points behind championship leader Lewis Hamilton which means that even if he wins all the remaining races he could still lose the championship. When that was pointed out to him in today’s FIA press conference he said: “I don’t really think about it in that much detail.”

“I see the gap, I see that it’s quite big considering there’s just a couple of races left, and just go for it.”

“I need to try and win the races. That’s what I’m focused on, winning the races, and the rest rest, I’ll see how it goes.”

2 comments on “Sochi won’t be “simple” like Suzuka – Rosberg”