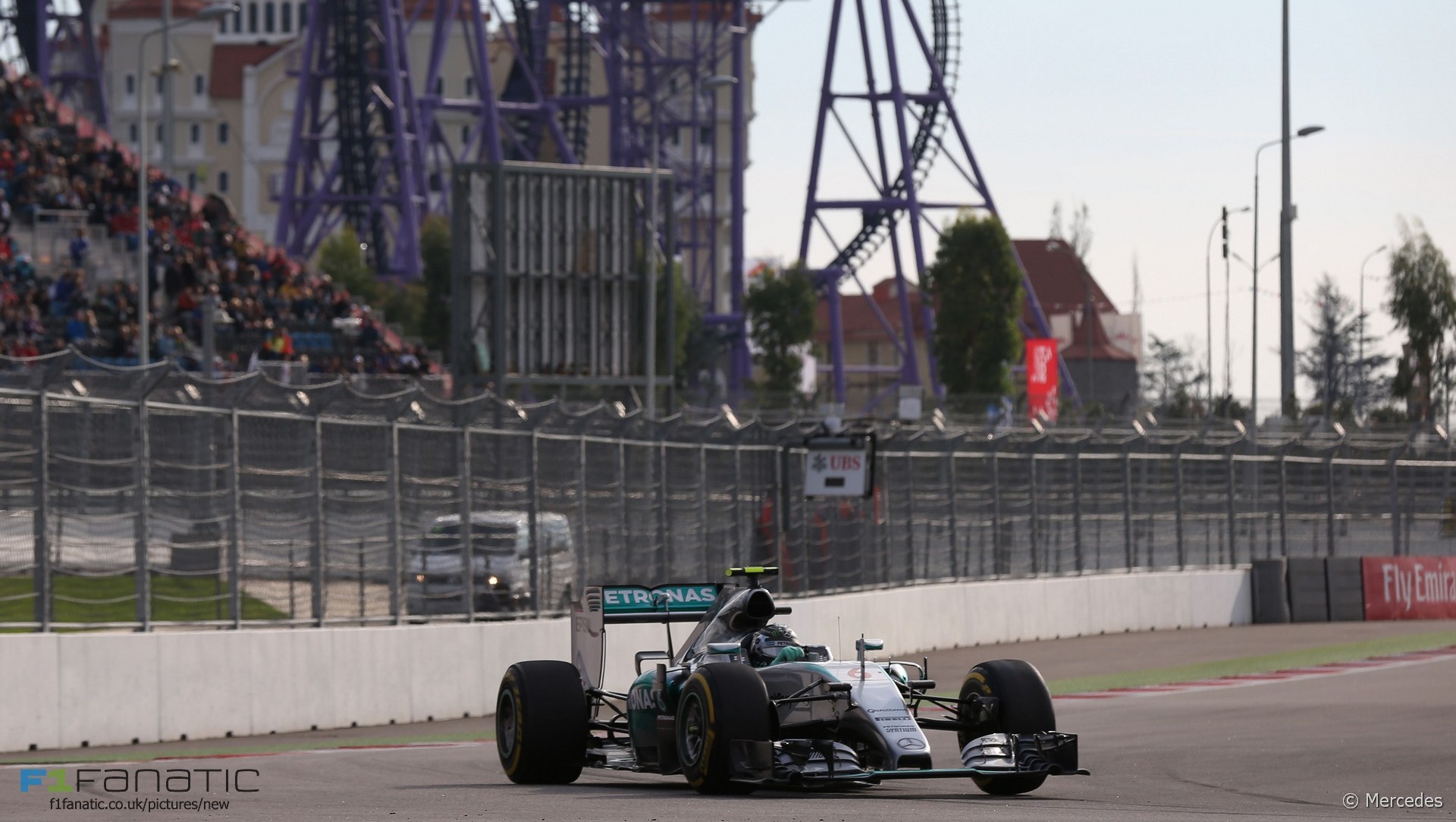 Nico Rosberg was stunned by the throttle failure which ended his Russian Grand Prix after just seven laps.

The Mercedes driver began to experience trouble with his throttle while leading the field behind the Safety Car after the start of the race, and retired a few laps later.

“It’s not nice when there’s a problem with the throttle pedal, that’s a bit of a worry,” Rosberg told reporters afterwards, “especially because it was coming more and more in my direction, the pedal.”

“So in the end I had to lift my complete leg off the pedal to come off throttle. And then I can’t steer any more when I lift off my leg because the knee is in the steering wheel. Unbelievable that something like that had to happen.”

Rosberg’s retirement has dropped him to third in the championship, 73 points behind team mate Lewis Hamilton.