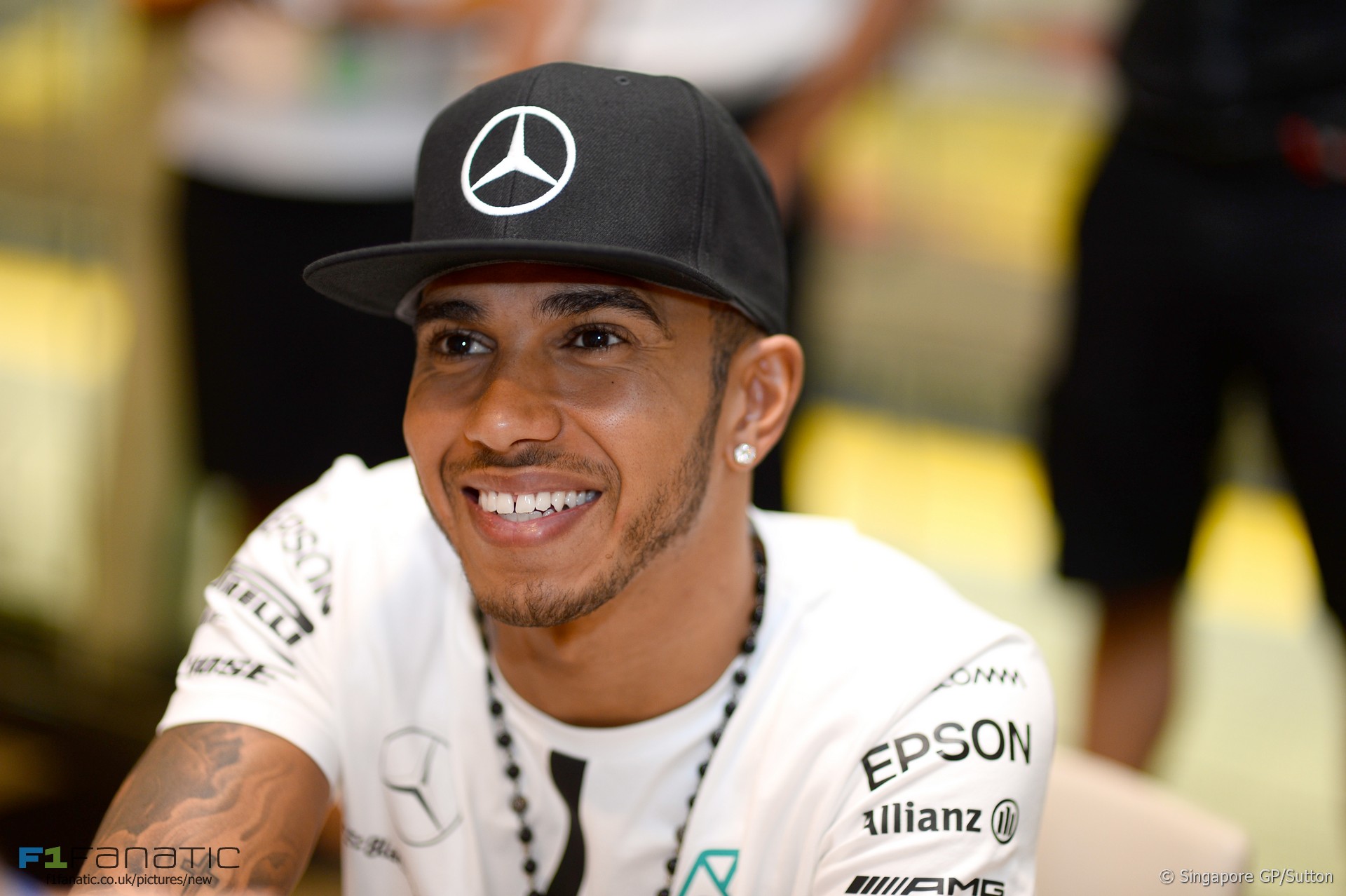 Speaking in Friday’s FIA press conference at the Circuit of the Americas, Hamilton admitted that “with the DRS, it doesn’t feel organic, like natural racing.”

He won last year’s United States Grand Prix after passing team mate Nico Rosberg for the lead using DRS. It was one of 22 DRS overtakes in the race, whereas 13 passes were made without it.

Hamilton voiced support for a planned overhaul of the technical rules for 2017, despite admitting he has “not really looked at the changes they’re proposing.”

“Whatever changes they make, I want to see closer racing,” said Hamilton. “Wheel to wheel racing. It needs to be like go-karting was. Go-karting, wheel to wheel and those guys following the train overtaking.”

“We need to make Formula One a bit more like that. Somehow. I don’t know how they’re going to do it. It needs to be a lot different to what it was in the last 20 years.”

However Hamilton doubts F1 would enjoy much success in overhauled its aerodynamic rules to help cars runs together more closely. Asked whether F1 should ‘re-vamp’ its aero rules to place more of an emphasis on underbody downforce generation instead of wings, he said “I don’t think that’s possible.”

“You need to do something where when you get in close to another car… the cars always have to have the same amount of downforce however close you get. I don’t know how you achieve that. That’d be kind of neat.”