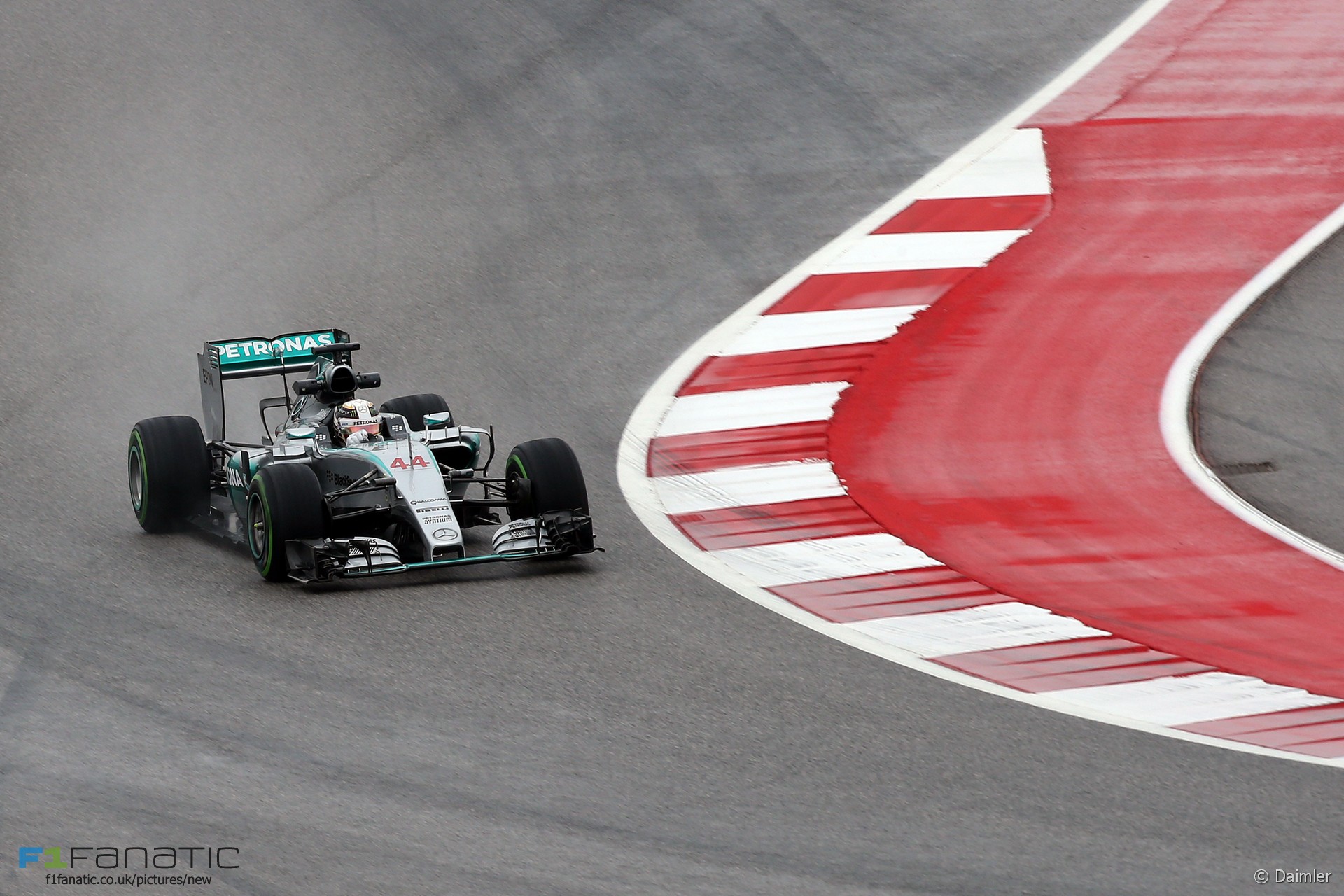 “I’m sitting here just thinking about my first British championship where my dad and I drove home singing ‘We are the Champions’. At the time, of Great Britain.”

“It’s just crazy to think now I’m a three-time Formula One world champion. I owe it all to my dad, to my family, who supported me all these years and sacrificed so much for me to be here. And the positive energy I get from my fans who travel around the world to see me. letters I get, messages.”

“I really do realise that while I get to enjoy Formula One cars this is really a platform for me to inspire young people and I hope that if there is any inspiring from today it’s just that never give up on your dreams and on your hopes and on your desires. Just keep working at it.”

Hamilton said he feared on more than one occasion he had “lost the race”.

“I’d fallen back, Nico [Rosberg] pitted under the Safety Car, and he was really quick at one stage. But I never for one second believed that I couldn’t do it.”

“And we pushed, Nico drove a fantastic race, really he has done – since I’ve been with this team he’s been driving fantastically well so mad respect for him as my team mate.”

“And otherwise, as I said, just a very humbling experience, especially to equal Ayrton Senna, who meant so much to me and still does today. So I feel very blessed today.”

35 comments on “‘I hope I inspired people today’ – Hamilton”