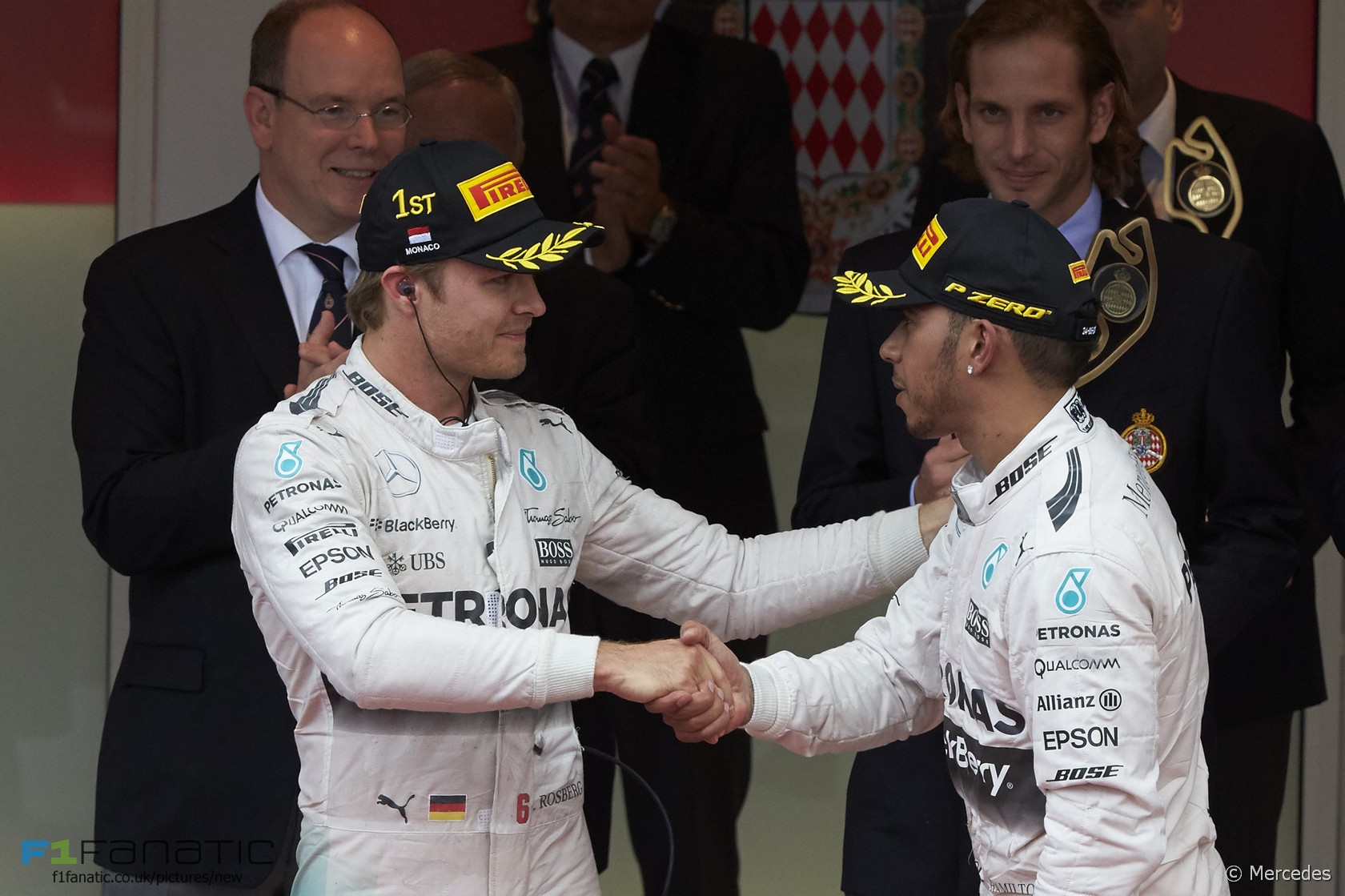 Mercedes were concerned a disappointed Lewis Hamilton would not participate in the podium ceremony following his shock defeat in the Monaco Grand Prix this year.

Hamilton had led the race comfortably but lost his chance of victory when he pitted during a Safety Car period. He had twice questioned the team’s original decision not to bring him in.

After taking the chequered flag he stopped his car at the Portier corner before continuing on his way to the podium. Drivers are required by the rules to proceed to parc ferme at the end of the race “without any unnecessary delay”.

Radio messages which were not broadcast during the weekend, but can be heard in the official season review video, revealed Hamilton was bring urged by his team not to miss the podium proceedings.

“I know you don’t want to,” Hamilton’s race engineer Peter Bonnington said to him on the radio, “but if you could drive round to the royal box, just as part of the normal procedure”.

Hamilton eventually complied, but knocking over the ‘3’ sign where he parked gave a further indication of his displeasure at losing the race to team mate Nico Rosberg. Although on that occasion Hamilton did take part in the formalities, later in the season at Interlagos he did not attend the top three qualifiers’ photograph after being beaten to pole position by Rosberg.

Another grievance between the two Mercedes drivers was revealed in a further previously unheard radio clip. After nearly running into his team mate when the Safety Car was deployed in Russia, Hamilton accused his team mate of driving dangerously.

“Just for info,” he told Bonnington on the radio, “Nico has slowed down so dangerously we all nearly crashed into him.”