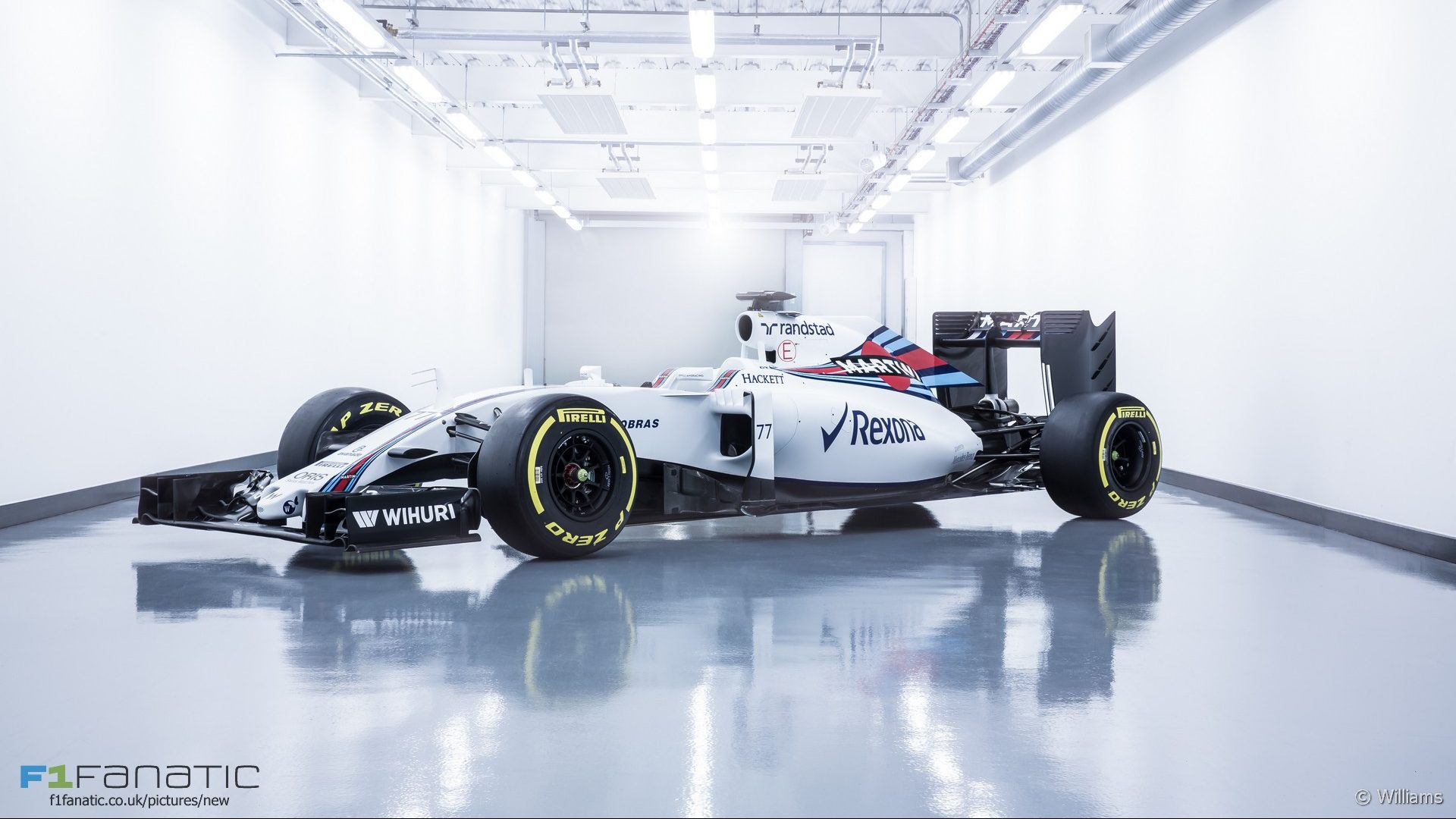 The first pictures of the Williams FW38, the car the team will use for the 2016 F1 season, have been revealed.

Williams will use Mercedes power for the third season running this year and has retained drivers Felipe Massa and Valtteri Bottas.

Frank Williams said his team has “started to cement our position back amongst the front running teams after finishing third in the championship in the past two seasons”.

“This has been a great achievement given the resources of those around us. Staying where we are will be a challenge in itself, but we are determined to keep improving because only winning will ever be good enough.”

“The car we are launching today is by no means the final product,” she said. “We are already planning updates for Melbourne and will be pushing for constant improvements over the course of the season.”

Work on the new car began “in mid-January 2015, before the FW37 had even run” according to chef technical officer Pat Symonds. “We held a meeting to try and work our way through a concept ‘shopping list’ and to narrow down the areas in which we hoped the FW38 would out perform its pre-nascent forerunner.”

“As we started running the FW37 we could see more clearly the design directions we wanted to take with the next car and at the same time started laying out the basic architecture such that critical path items would hit their design release targets. The monocoque and gearbox, for example, fall into this category as both need considerable time, not just in design but also in structural analysis.”

Williams has scored podium finishes with both drivers in the last two seasons but Bottas, the team’s leading points scorer in all three seasons he has raced for them, says they must set their sights higher.

“As a team we need to be able to win races, which is what we are always trying to do,” he said. “I’m sure we have made improvements everywhere as a team, so we’re definitely looking to fight for better results this year.”