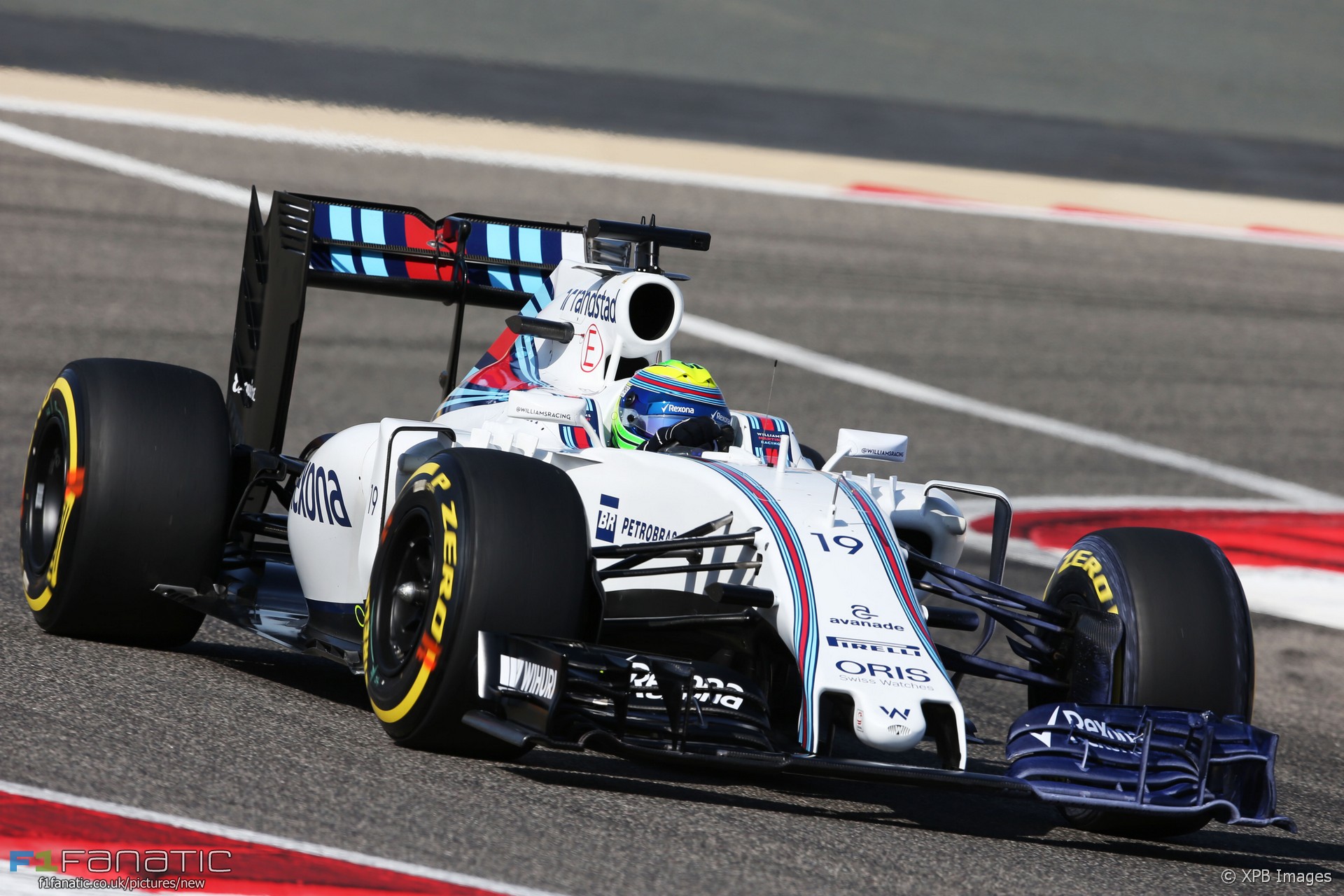 Just one example of the revised wing and nose arrived in time for today’s final practice session for Massa to use.

“We had a very difficult day having the new front wing straight away in the session this morning,” he told reporters after qualifying. “The car was completely undriveable when I tried that front wing, it was too much front flap, too much grip on the front.”

“So we need to balance the car completely for the qualifying so until the last minute we were not sure if we use or not the front wing. We managed to balance in a better way.”

“Maybe it’s not a hundred per cent correct but I think it was OK and I hope anyway the new front wing can give a little bit for me in the race tomorrow.”

“Valtteri did a very good lap even running with the old front wing so I think we need to really analyse everything if it’s better or not,” said Massa. “He’s in front of me so it’s really another reason to analyse a hundred per cent.”

Massa was just two-thousandths of a second slower than Bottas following their final runs in Q3.