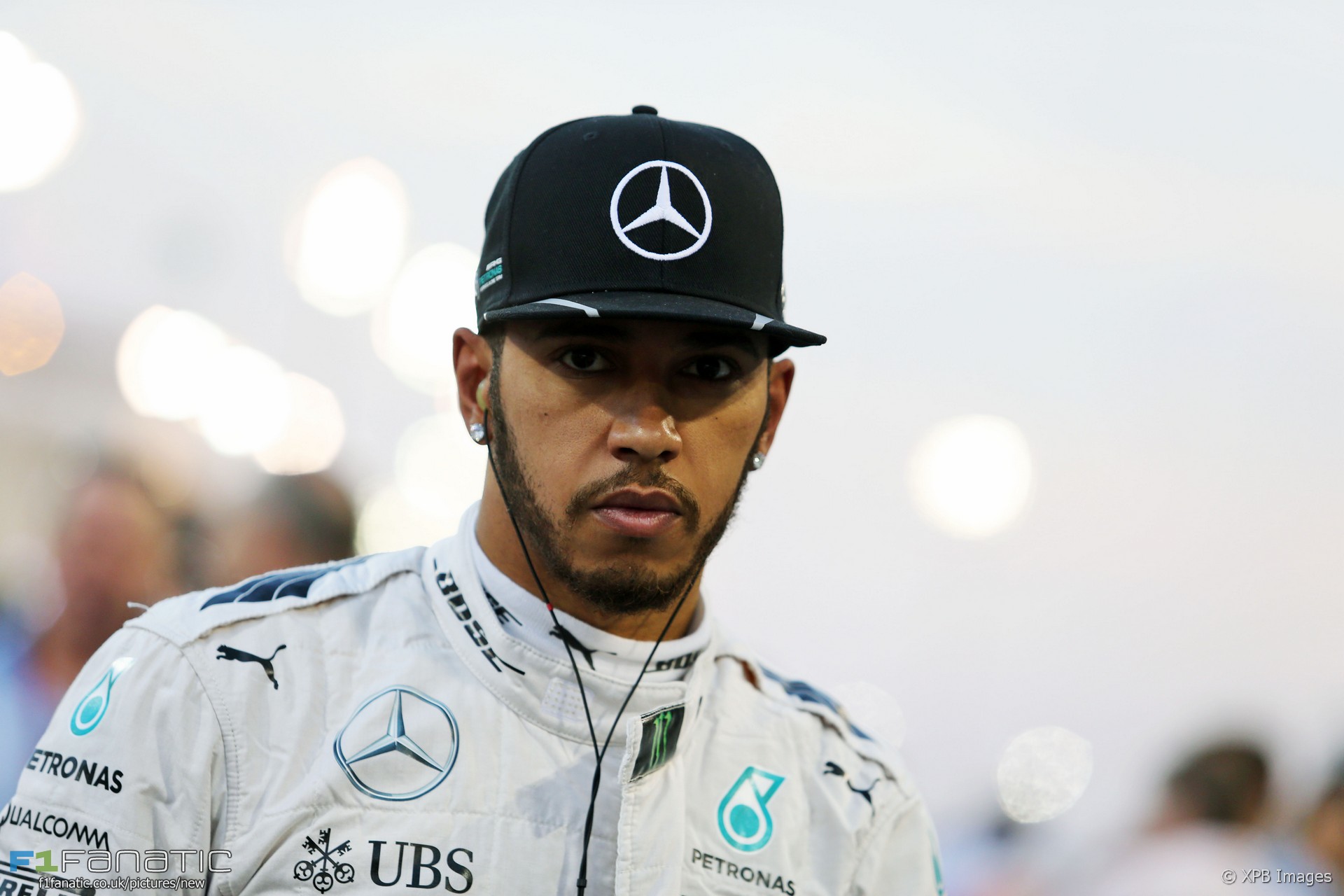 Lewis Hamilton will have to take a five-place grid penalty for a gearbox change in this weekend’s Chinese Grand Prix.

The reigning world champion suffered damage to his gearbox during the last round of the championship and Mercedes has decided to replace the gearbox for a new one. The rules require gearboxes to last for six consecutive events.

“The gearbox of Lewis Hamilton’s F1 W07 Hybrid sustained damage in Bahrain which required a physical inspection for full assessment,” the team announced on Twitter.

“Having done so, the decision has been taken to change the gearbox rather than carry any risk moving forwards.”

“It’ll be a five place grid penalty,” the team added.

Mercedes preferred to take the grid penalty at the Chinese round rather than Russia, Spain or Monaco.

“Of the next four tracks in the normal cycle, Shanghai is the best place to make the change and take the resulting grid penalty. The Shanghai International Circuit has good overtaking opportunities, so plenty of chance for Lewis Hamilton to get the hammer down!”

Hamilton started the first two rounds of the championship from pole position, but now goes into this weekend’s race knowing he will line up no higher than sixth on the grid.

112 comments on “Hamilton to take gearbox change penalty in China”