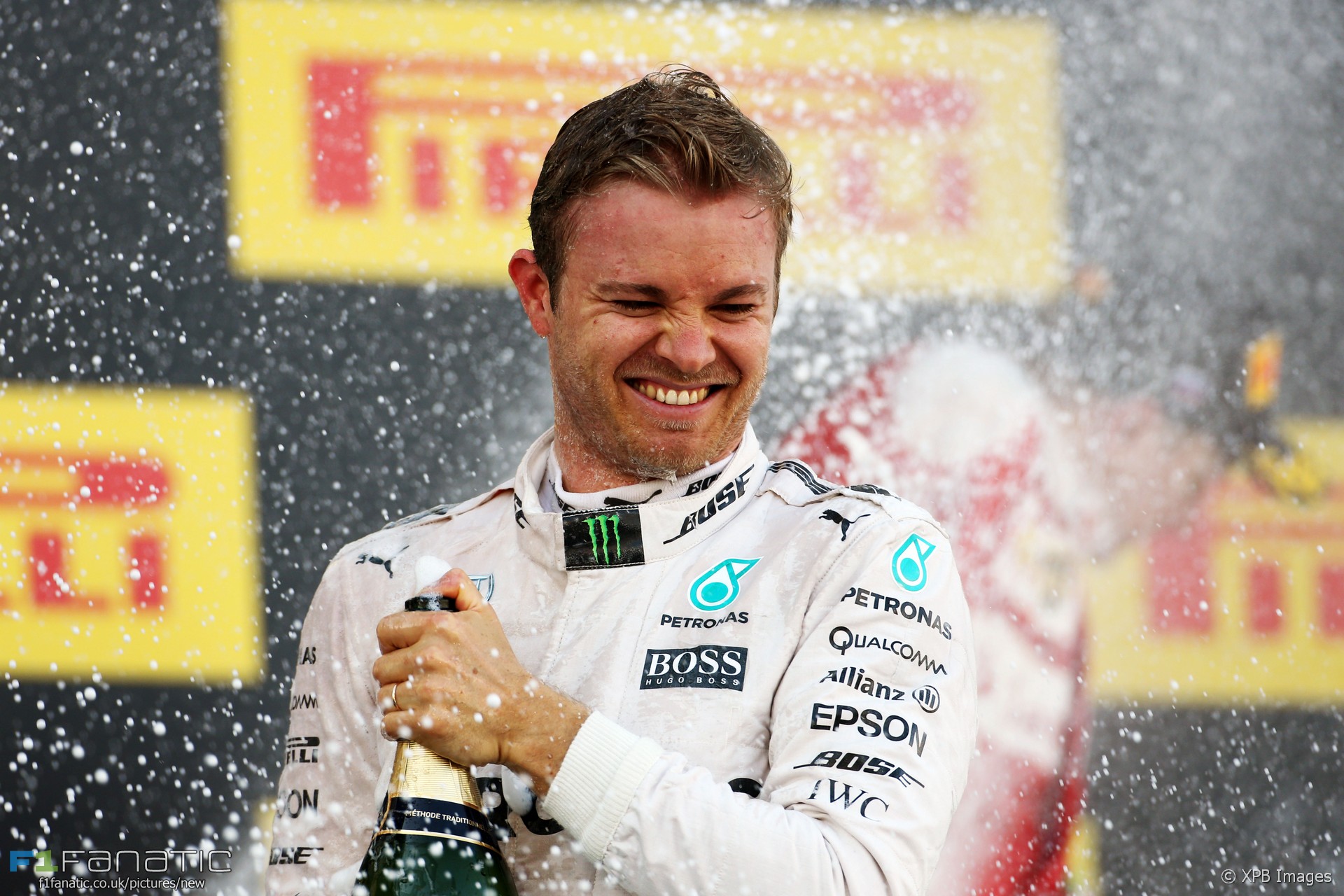 Nico Rosberg could not have done any more to ensure his 2016 campaign got off to a better start. But after taking his fourth win in as many races on Sunday he made it clear he expects to face a renewed threat from team mate Lewis Hamilton in the remaining races.

“It’s four races from 21,” said Rosberg. “Lewis is going to come back of course.”

With a 43-point lead in hand but a maximum of 425 points, it’s far too soon for Rosberg to think about where he’s going to put the drivers’ championship trophy. He is realistic enough to appreciate the size of his lead is partly down to some good fortune on his part.

And he knows he can’t take it for granted that he will continue to avoid the same setbacks Hamilton has suffered. “It’s been a couple of races and yes, it’s been consistently working well for me and I’m happy about that,” Rosberg said on Saturday after another power unit problem for Hamilton left him virtually unopposed in the contest for pole position.

“But normally over a season – and especially over 21 races – in F1 things have always evened-out at the end of the year.”

As many will appreciate, this isn’t true. Chance has no memory: the fact Hamilton has had two power unit problems in the last two race weekends does not make him less likely to experience any further ones, nor does it make it more likely Rosberg will have them too.

Did Niki Lauda’s luck even out compared to Alain Prost’s over the course of 1985? Did Nigel Mansell’s against his team mate two years later? Or Ayrton Senna two years after that? No, no and no.

This is also another rebuke to the lunatic fringe tinfoil-hat wearers. Don’t go looking for signs of luck not ‘evening out over the course of the year’ as proof of the ridiculous contention that Mercedes are rigging the championship against their multi-million pound star driver.

Last year Carlos Sainz Jnr had far worse mechanical reliability than Max Verstappen yet no one suggested Toro Rosso were nobbling one of their drivers. It’s sad to say that probably wouldn’t have been the case had Hamilton been driving that car.

Rosberg knows part of his 43-point lead is owed to good fortune. Not all of it: He beat Hamilton to turn one in Australia and Bahrain and converted both those strong starts into wins. Only in the last two races have Hamilton’s mechanical misfortunes made life easier for Rosberg.

And the full impact of Hamilton’s recent setbacks may not have been felt yet. He’s had to use more engines than Rosberg which could come back to haunt him at the end of the season.

It may take until then for Hamilton to overcome the sizeable early advantage Rosberg has amassed for himself. But few doubt he will be able to and the graph below shows why: over the course of their last two championship contests Hamilton has dependably accumulated points at a quicker rate than his team mate:

What makes Rosberg’s head start good news for F1 this year is it’s likely to prolong the title fight until the closing stages of this year’s epic 21-race season.

There are two keys to the state of play between Hamilton and Rosberg over the coming races: whether Rosberg can beat Hamilton in Q3 – something he still hasn’t proved he can do this year. And whether Hamilton can get the car off the line well, something he has failed to do in three of the four races so far.

What will unfold over the remaining 17 races is the story of whether a three-times world champion can give his team mate a four-win head-start at the beginning of the season and still take the title. A championship which will likely be another Mercedes silver-wash at least has a compelling narrative this time.