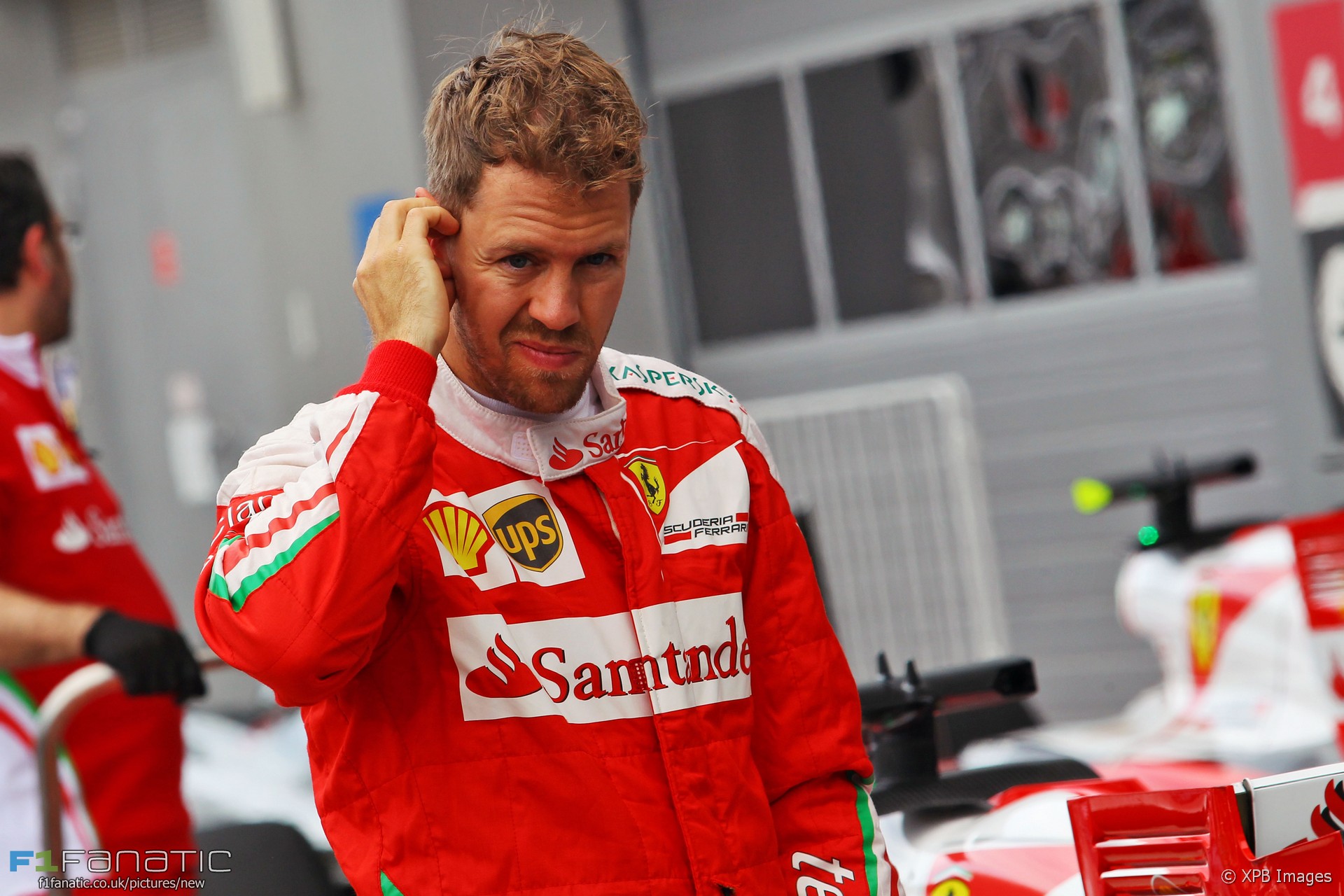 It was a near-silent race on the radios at the Russian Grand Prix – at least as far as the FOM broadcast was concerned.

While the new restrictions on radio messages have reduced the amount of communication going on between driver and team there is still far more going on than gets broadcast during the races.

That much was obvious during last weekend’s race, when more than half of the eleven teams did not have any of their radio communications broadcast. Out of 22 drivers in the field we heard messages involving just six of them.

Among them was Sebastian Vettel, who supplied one of the most furious outbursts herd for some time when Daniil Kvyat ejected him from the race.

Lap: Refers to lap message was broadcast on. There may be a delay between messages being said and being broadcast. PR = pre-race; FL = formation lap; VL = victory lap.
Message: Repetitive or irrelevant messages omitted. Notes in italics. Highlights in bold.