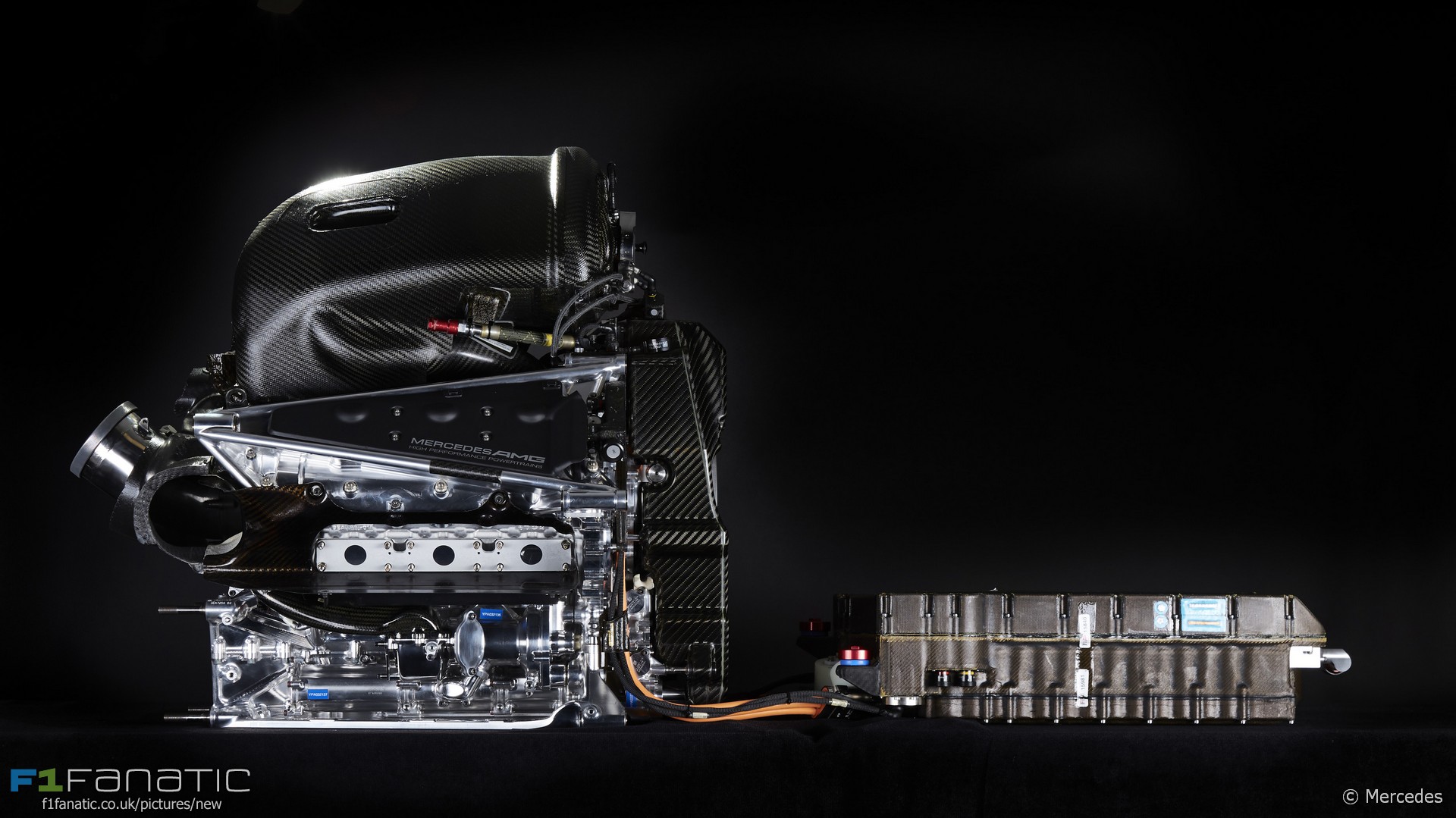 Teams will have to make some parts of their power unit last for half a season from the 2018 championship.

Drivers will be allowed only two MGU-Ks, control electrics and energy stores for the 2018 season and will receive penalties if they use more. If the calendar remains the same length it will require some power unit elements to last for eleven races instead of the current five.

Each driver will be allowed a maximum of three engines, MGU-Hs and turbochargers before receiving penalties, which if the calendar remains 21 races long will require each component to last for seven events.

If a new power unit manufacturer enters the sport each of its drivers will be permitted to use an extra one of each elements, a dispensation which was introduced for Honda last year.

The tighter restriction on power units is intended to help bring down the cost of competition. Prices will be limited in 2017 and in 2018 the price reduced per power unit for a new customer team will be set at €12 million (£9.49m).

23.4 a) Unless he drives for more than one team (see 23.4(c) below), and subject to the additions described in b) and c) below, each driver may use no more than 3 engines (ICE), 3 motor generator units-heat (MGU-H), 3 turbochargers (TC), 2 energy stores (ES), 2 control electronics (CE) and 2 motor generator units-kinetic (MGU-K) during a Championship season.

With the consent of (and at the sole discretion of) the FIA, the numbers above will be increased by one for any driver using a power unit provided by a new power unit manufacturer (as defined in Appendix X) taking part in their first Championship season.

b) Should a driver use more than the numbers set in a) above of any one of the elements during a Championship season, a grid place penalty will be imposed upon him at the first Event during which each additional element is used. Penalties will be applied according to the following table and will be cumulative:

Any of the six components will be deemed to have been used once the car’s timing transponder has shown that it has left the pit lane.

c) If a driver is replaced at any time during the Championship season his replacement will be deemed to be the original driver for the purposes of assessing power unit usage.

d) After consultation with the relevant power unit supplier the FIA will attach seals to each of the relevant components within the power unit prior to them being used for the first time at an Event in order to ensure that no significant moving parts can be rebuilt or replaced.

Within two hours of the end of the post race parc fermé exhaust blanking plates (with one 10mm diameter inspection hole per cylinder) and further seals will be applied to all used power unit components in order to ensure that they cannot be run or dismantled between Events.

Upon request to the FIA these additional seals will be removed after the start of initial scrutineering at the next Event at which the power units are required. All such power units must remain within the team’s designated garage area when not fitted to a car and may not be started at any time during an Event other than when fitted to a car eligible to participate in the Event.

e) If any of the FIA seals are damaged or removed from the relevant components within the power unit after they have been used for the first time those parts may not be used again unless they were removed under FIA supervision.