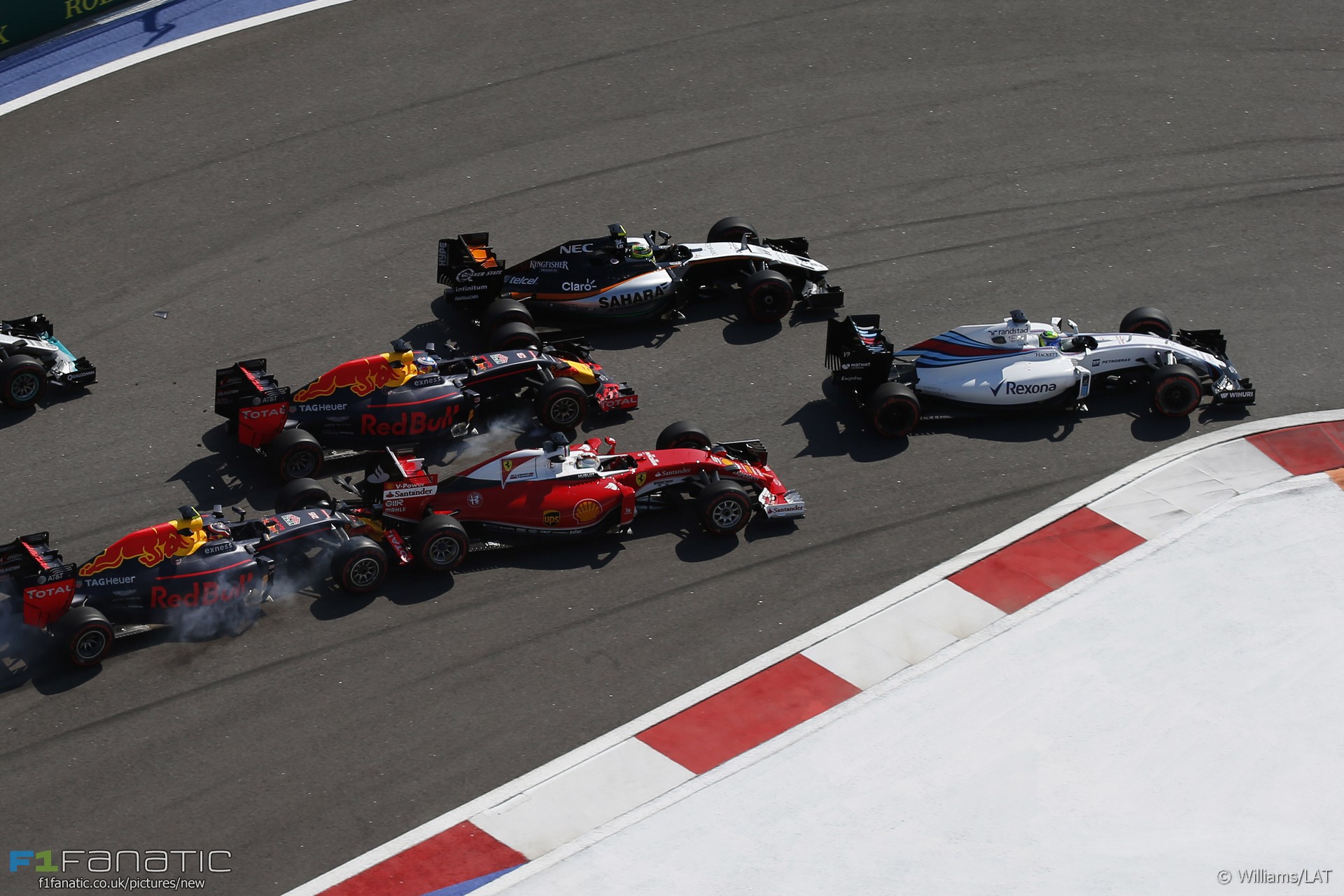 In the round-up: Daniil Kvyat could be dropped for the next round of the championship following his Russian Grand Prix blunder.

"It has emerged that one idea being evaluated is an immediate seat swap – which would mean Verstappen getting promoted from the Toro Rosso team, with Kvyat moving to Toro Rosso."

"If I were Vettel, I would kill him."

F1 race director: safety measures must be adopted despite driver opposition (The Guardian)

"You only have to have an accident to see that it is dangerous. There is nothing better than to see a driver get out of an incredibly damaged car like we saw with Fernando Alonso (in Australia)."

"The move provides a boost to the team as it is struggling financially and will not introduce any aerodynamic updates for the Spanish GP."

"If the figures are right it should put us back in a situation where we can win races again on circuits like Budapest and Singapore - tracks that don’t have long straights."

"You could speculate that that was the case, that Williams kept their options open and didn't take Valtteri's (option) up. It wasn't until Jenson was announced as a McLaren driver that Valtteri was then announced as a Williams driver."

"His dash went down, so they ran off my car – I had to report back on the radio on fuel consumption and everything else. It was one of those races where if I hadn't played the game I would have had a chance to win, but hindsight is always 20:20!"

"If he had been clocked at just one mph more, he would have lost his licence immediately, said the police source."

"After 158 Formula One race starts, with manufacturers such as McLaren, Jordan, Brabham, Tyrrell and Williams, Martin will be reunited with the Ligier brand, with whom he raced in Formula One in 1993 and 1995."

It seems increasingly the case that the reduction in the number of team radio messages being heard on the television broadcasts isn’t just because of the tighter rules introduced this year:

FOM were missing a lot.

We can see this from Mercedes’ open letter: “We spent a number of laps reassuring him that he had a good gap over Lewis and could ease off before the FIA gave us the all-clear to tell him to switch to a setting that would control the issue.”

I think that Ecclestone asked FOM to broadcast much less. He thinks that less radio makes drivers look more independent, I guess.
Park

Michael Schumacher took pole position, David Coulthard grabbed the lead at the start, but Damon Hill emerged as the winner of the San Marino Grand Prix on this day 20 years ago.