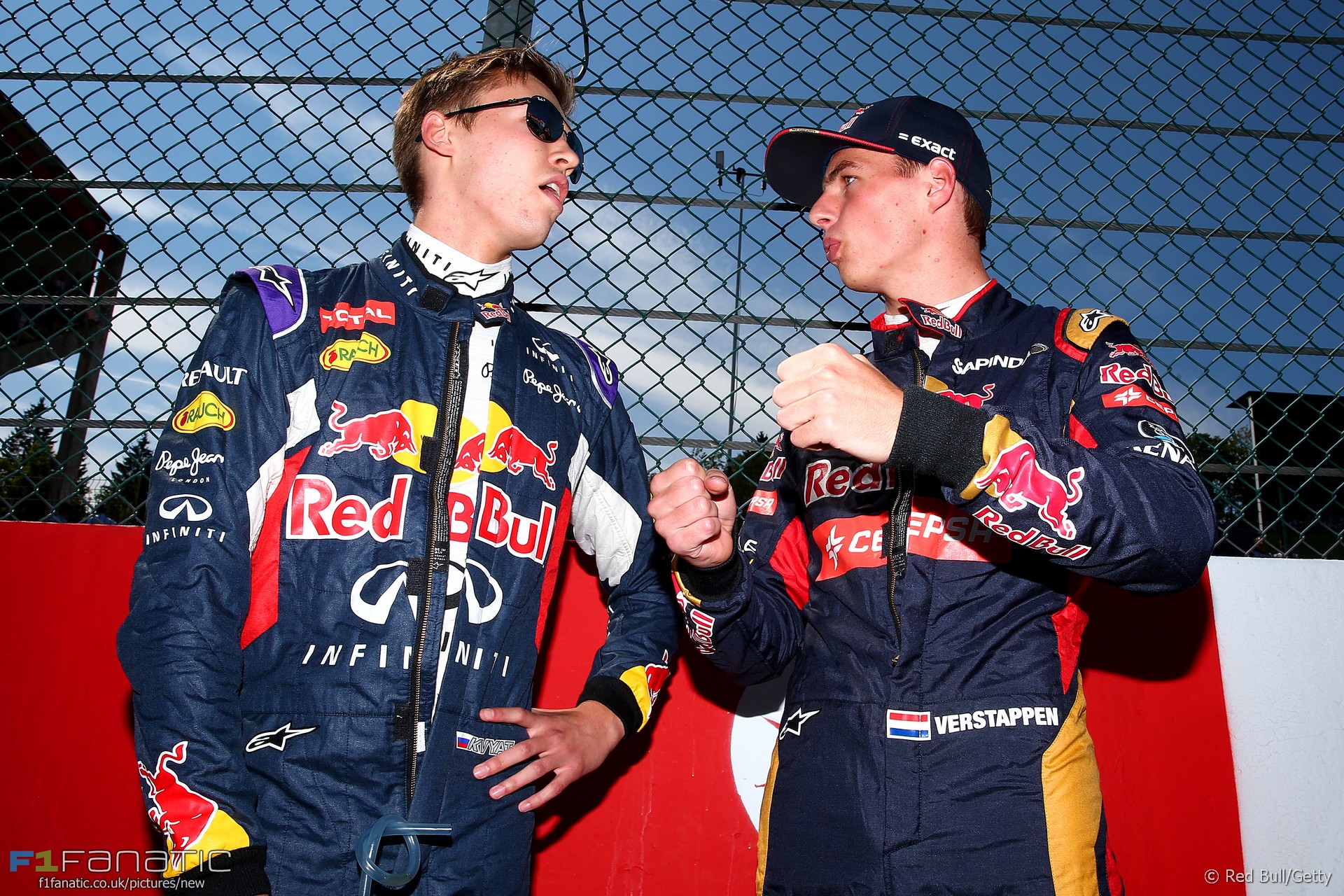 Max Verstappen will drive a Red Bull from the next F1 race in Spain after Daniil Kvyat was dropped by the team following his poor showing at his home grand prix.

Kvyat was penalised heavily by the stewards after crashing into Sebastian Vettel twice at the start of Sunday’s Russian Grand Prix. The collision also led to his team mate Daniel Ricciardo and Carlos Sainz Jnr of sister team Toro Rosso failing to score points.

The Russian driver, who is in his third season of F1, took the second podium finish of his career to date at the previous round in China where he finished third. Kvyat will return to Toro Rosso for next weekend’s race at the Circuit de Catalunya, driving alongside Sainz.

“Max has proven to be an outstanding young talent,” said team principal Christian Horner. “His performance at Toro Rosso has been impressive so far and we are pleased to give him the opportunity to drive for Red Bull Racing.”

“We are in the unique position to have all four drivers across Red Bull Racing and Toro Rosso under long term contracts with Red Bull, so we have the flexibility to move them between the two teams.”

“Dany will be able to continue his development at Toro Rosso, in a team that he is familiar with, giving him the chance to regain his form and show his potential.”

The news prompted a surprised reaction from McLaren driver Jenson Button. “Really?” he wrote on social media, “one bad race and Kyvat’s dropped, what about the podium in the previous race? Short memories.”

308 comments on “Kvyat axed by Red Bull, Verstappen takes his place for Spain”