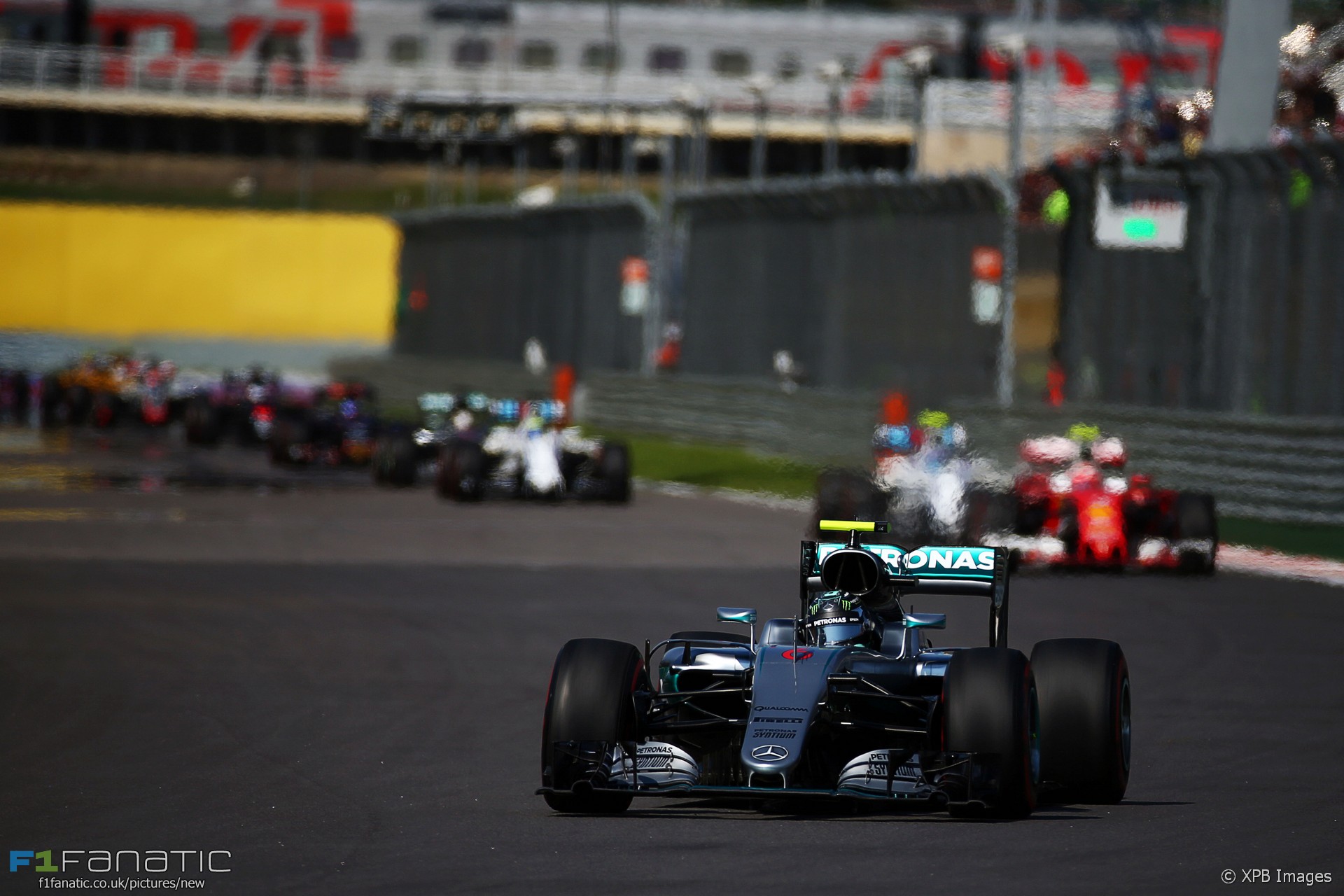 Sochi Autodrom is the new Valencia. After its first three races the Russian Grand Prix venue has joined the former home of the European Grand Prix among the lowest-ranked on F1 Fanatic’s circuit ratings.

Sunday’s race received an average score of 5.39 out of ten from F1 Fanatic readers, considerably lower than the three previous rounds of the championship. And many of those of you who participated in the latest Rate the Race poll blamed shortcomings in the track design for another uninspiring Russian Grand Prix.

Turn two really annoyed me, the drivers who cut it at the start (Hamilton, Alonso and Grosjean) gained a huge advantage which had a large impact on the final result. This is not how a sport should be.
@snowman-john

The poor design of the circuit helped contribute to the unnecessary mess at the start.

Other than that the strategy was hardly exciting, and the racing was simply woeful. Mercedes had such a pace advantage that it was blatantly clear that Hamilton pretty much had second place in the bag.

Pirelli didn’t bring the ultra soft compounds to the race because the teams hadn’t been able to test it before making their tyre choices.

I knew from the start if Bottas failed to jump Rosberg it was going to be a extremely dull race, this track is just terrible.

Current F1 cars just cannot follow through turn two they lose way too much time and downforce on that long corner no matter how much time they gain on other parts of the track it just all gets lost on that corner.
JammyB

The race in itself was pretty average, but the circuit just makes it seem so dull. Turn two is just terrible: the second apex is just completely unnecessary. The way that corner is designed will always cause issues at the start of the race, and the bollard they added will then cause more trouble in the long left-hander that follows.

Beyond that, the circuit is so wide, the walls are so far away, too much run-off, corners are too similar, too many off-camber corners, pit lane is too long… the list just goes on and on. Earlier today I watched the F4 race at the Sachsenring: it makes Sochi look even more boring. This race is just the case in point that circuits massively contribute to my enjoyment of motor racing.

I also didn’t really enjoy the political flavour at the end of the race. Politics and F1 shouldn’t meet – this grand prix just feels like it belongs in the 1930s.
@Andae23

No event plays the propaganda card as strongly as the Russian Grand Prix, a point which came up in several of your comments. But mostly it was the shortage of action and intrigue which drew your ire:

Sunday was one of the most boring races I’ve watched in years. I’m a die-hard F1 fan and I found myself switching channels during the race to see what else was on.
Jez

This circuit just doesn’t generate good racing, despite everyone’s best efforts. The racing, in this case, further dulled by the first lap incident. After that, there only seemed to be a race for the first half of the distance, Hamilton aside, until his water pressure issue put paid to that.

Such a shame we lost Vettel so early on. He could have saved the race.

To be fair, the non-DRS passes I saw were top drawer. I thoroughly enjoyed them. More none-DRS passes, please! In fact, maybe it’s time to a race or two without DRS, if that can be done fairly and on experimental terms. Just to see…
Andy (@Andybantam)

And the award for most prescient comment of the race goes to:

The number was ‘four’.