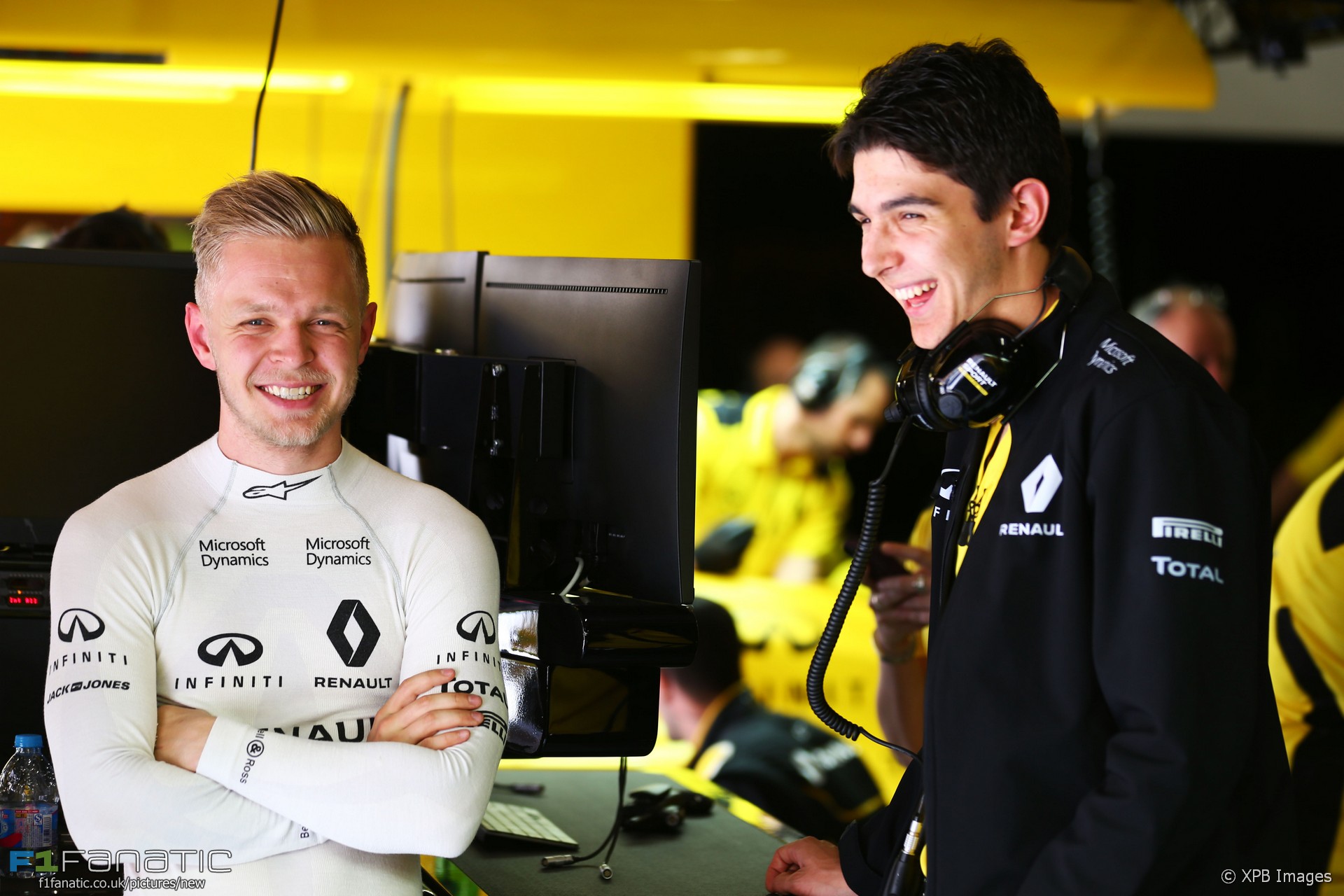 Renault will run Esteban Ocon and Kevin Magnussen in the test at the Circuit de Catalunya following the Spanish Grand Prix, the team has confirmed.

Ocon will also be in action for the team during first practice for the Spanish round next weekend, driving Jolyon Palmer’s car.

However Renault racing director Frederic Vasseur said the team is not considering any changes in its race team.

“We have a strong line-up and one we’re happy with and committed to,” he said. “Kevin has performed very well in his return to Formula One and Jolyon is approaching his rookie season in a clear and methodical manner.”

“It’s true that Jolyon had a couple of races where he didn’t deliver as he wanted, equally this is natural in a driver’s first season; he’s learning and making strong progress.”

Palmer said he has been happier with his car’s handling since Saturday at Sochi. “The team changed the floor of my car on Friday night and for Saturday onwards the balance felt normal and consistent again,” he explained.

Palmer said he wants a “strong, solid weekend” in Spain. “We’ve made progress with the car and I’m happy with the balance and how it drives again. Kevin scored points for the team in Russia so we know what’s possible.”

Renault’s other junior drivers include Sergey Sirotkin, who drove for them in first practice at Sochi last week, and Nicholas Latifi, who recently conducted a test in the team’s 2012 E20 chassis at Silverstone.