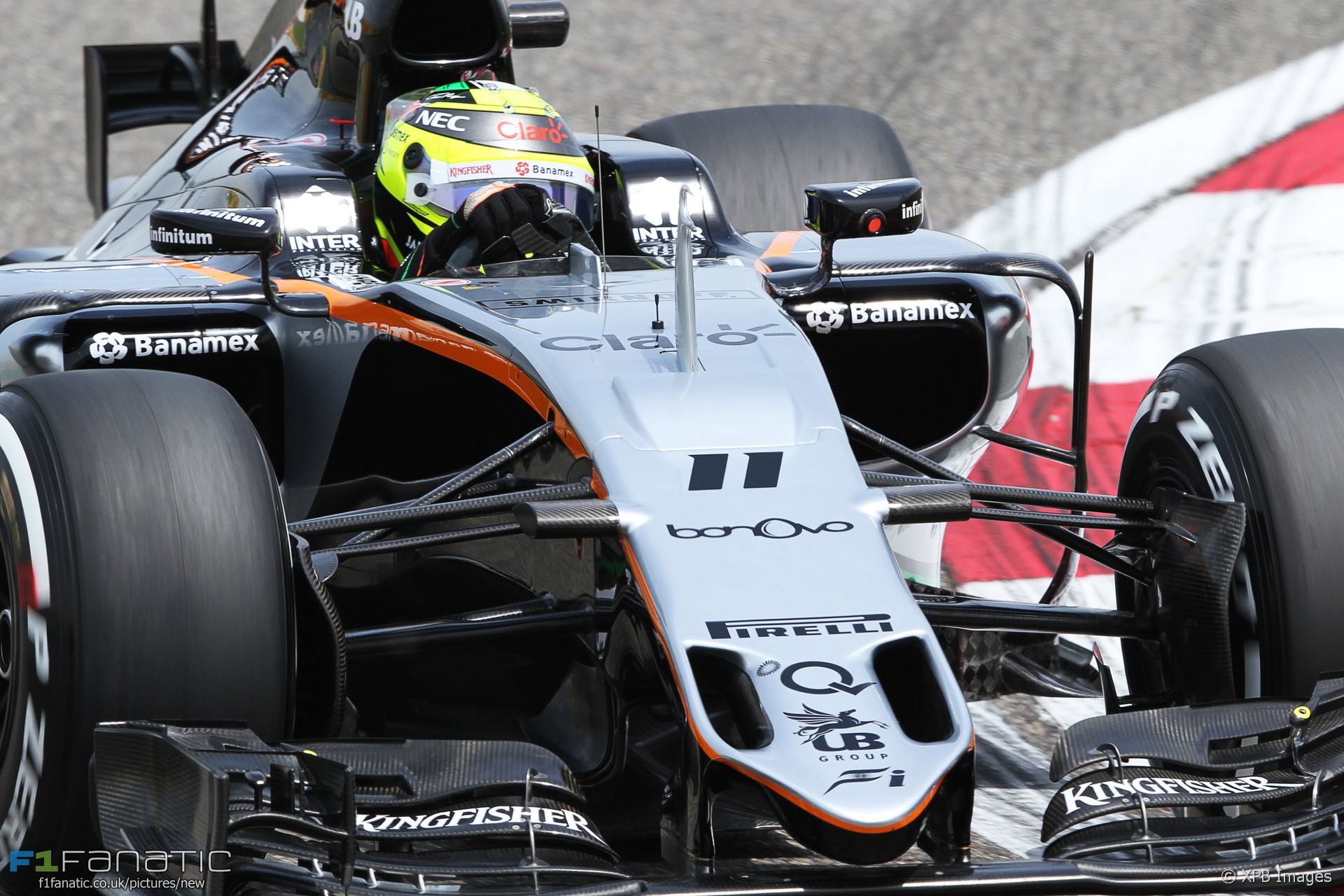 Force India’s updated VJM09 “will look quite different” this weekend according to team co-owner Vijay Mallya.

The team is introducing a significant upgrade for their car in time for Sunday’s Spanish Grand Prix.

“It’s on schedule to be fitted to both cars ahead of Friday practice,” said Mallya. “It’s pretty comprehensive and the car will look quite different.”

Driver Sergio Perez said the team face “a huge task to understand everything on Friday” when they run the new parts for the first time.

The team endured another frustrating weekend in Russia as both their cars were hit by rivals during the lap one incident. Mallya says he’s hoping for a change in luck in the coming races.

“In Sochi we were the innocent victims of the first lap chaos – as was the case in Bahrain too,” he said.

“It’s frustrating because, even with the benefit of hindsight, it’s hard to see what we could have done differently. We were just in the wrong place at the wrong time with both cars, which caused a puncture for Sergio and ended Nico [Hulkenberg’s] race. To see Sergio recover from the back of the pack and score points was a tremendous effort.”

“I hope we’ve used up all of our bad luck already” he added. “We’ve yet to see how we perform in a clean, trouble-free race without safety cars, red flags or accidents. Despite not realising our potential in Sochi, we took encouragement from our qualifying and race pace: the car is improving and we’ve got a good base on which to build.”