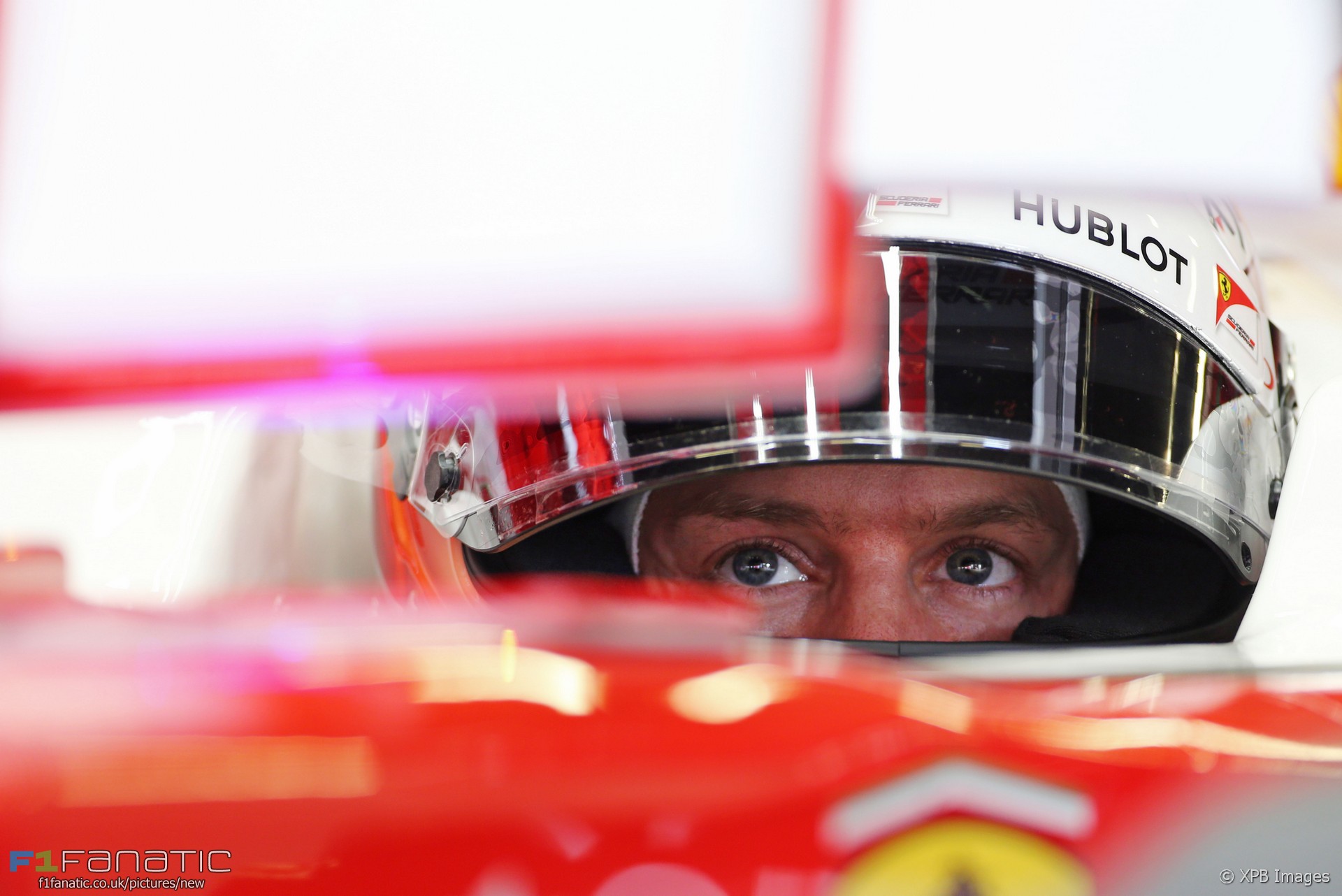 Sebastian Vettel says he doesn’t know why Ferrari found themselves so far off the pace in qualifying for the Spanish Grand Prix.

The team were within three-tenths of a second of Mercedes in all three practice sessions. But they ended qualifying 1.1 seconds off the pace and were pushed back to the third row of the grid by the Red Bulls

Vettel said his car’s handling today was “not as good as it was all weekend so we need to understand.”

“Obviously conditions were different but not too different,” he told reporters after qualifying.

“I think he just had maybe a bit better feeling in qualifying,” Vettel reflected. “I was struggling throughout already, Q1 wasn’t great, whereas this morning was very good.”

However Vettel said the team shouldn’t over-react to the setback at a circuit which can be fickle.

“I’m responsible for the changes as well equally as the team and we were confident we were applying the right things,” he said. “But I think we need to calm down.”

“Barcelona is very sensitive on changes, on ambient, on track. I think as a fact we didn’t get the car to work the way we should and that’s why we under-performed.”

23 comments on “Vettel mystified by Ferrari’s loss of pace”