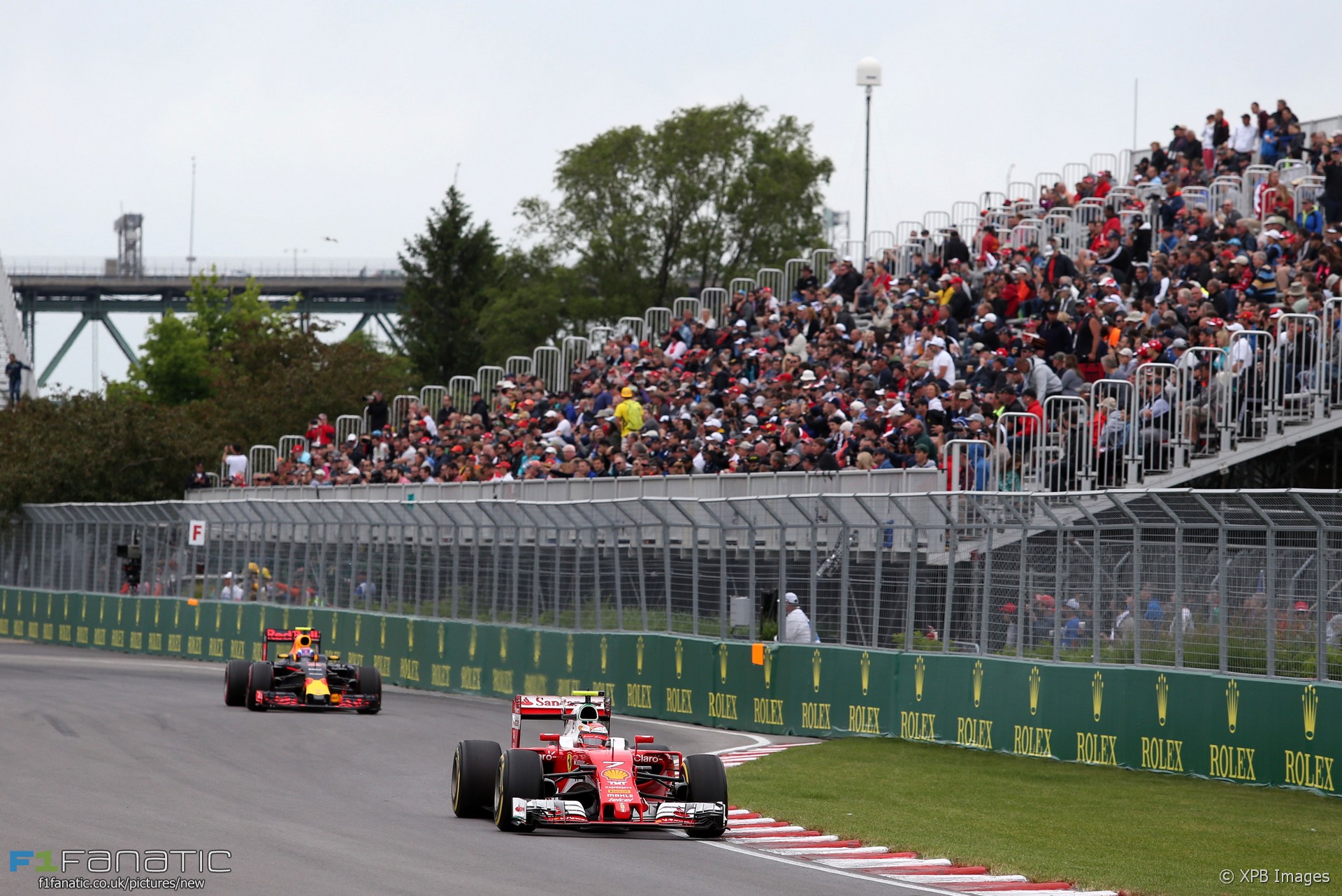 Kimi Raikkonen admitted he is still having problems at the corner where he has spun at the last two Canadian Grands Prix.

The Ferrari driver qualified over half a second slower than his team mate at the Circuit Gilles Villeneuve. He continued to struggle with his car’s balance on Saturday despite being satisfied with the changes he made after the first day of practice.

“Since yesterday evening we did a good job and improved a lot the behaviour of the car,” said Raikkonen. “But today it was still not easy to put the car where I wanted.”

Raikkonen said the turn ten hairpin, the slowest corner on the circuit and scene of his spins in the 2014 and 2015 races, remains a trouble spot for him.

“It was a hectic qualifying session because of the weather conditions and I was not very happy with the driving,” he said. “I had some issues here and there, I struggled in turn ten all the times to make the front turn, and it was hard to put the lap together.”

“It has not been an easy weekend so far and if you finish P6 there’s still work to be done, but I’m sure that for the race tomorrow the car will be better.”

Vettel also said he lost time at turn ten during his lap, which put him third on the grid behind the two Mercedes.

“I lost a bit of time maybe on the exit of turn ten, I was maybe a bit too early on power, and that compromised the traction, which maybe caused me to lose some momentum onto the straight,” he said. “I don’t know how much, we’ll find out later, but probably half a tenth or something.”