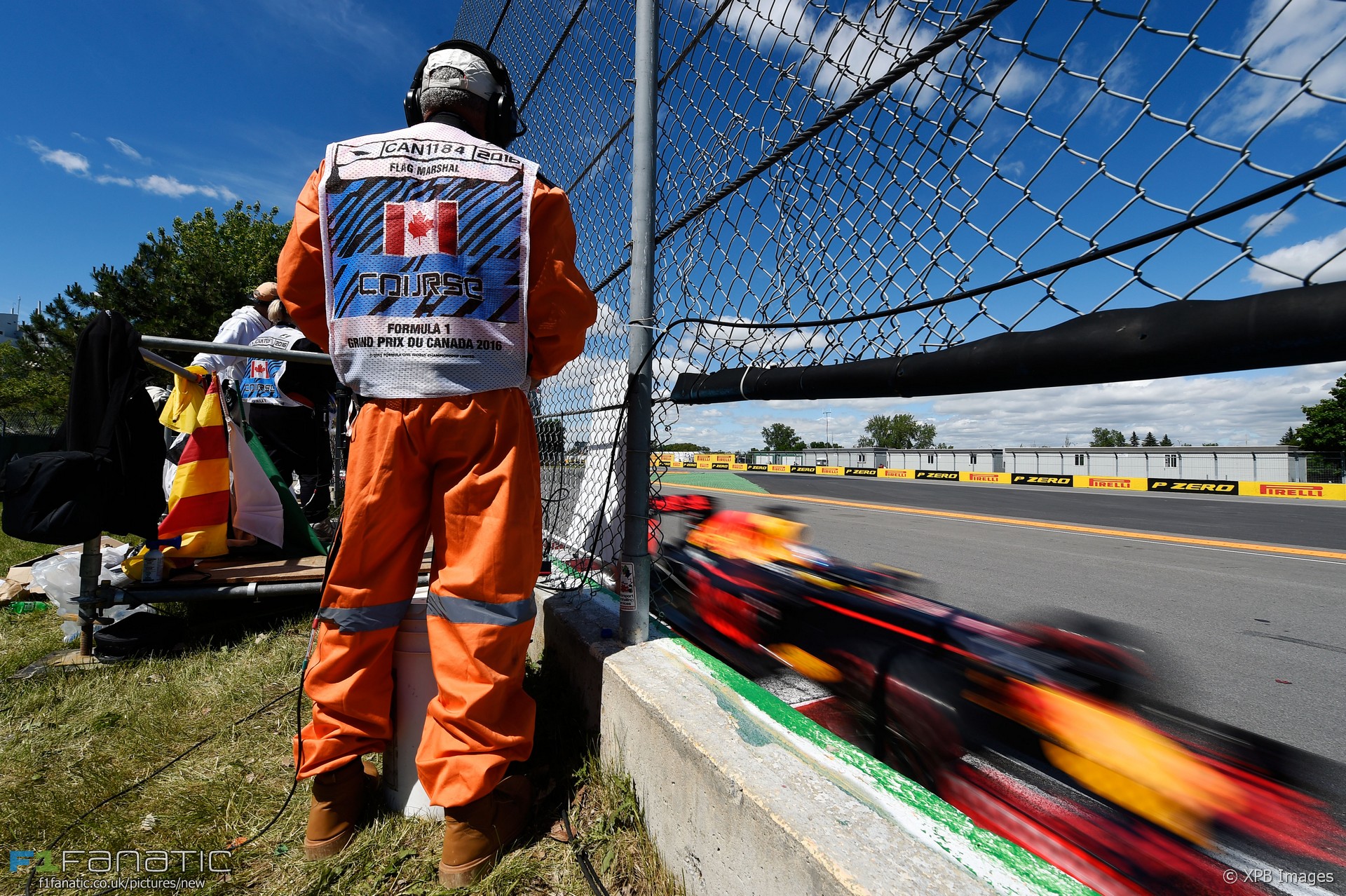 Ten of the best pictures which tell the story of the 2016 Canadian Grand Prix weekend.

Fernando Alonso paid tribute to Moto 2 rider Luis Salom who was killed in a crash at the Circuit de Catalunya.

Friday brought the best weather of the weekend. Valtteri Bottas, who is something of a specialist at the Circuit Gilles Villeneuve, quickly found a balance he was happy with which on race day yielded a fine podium finish.

That’s how it’s done: Daniel Ricciardo got close-but-not-too-close to the Wall of Champions. In qualifying he clouted the barrier on his final flying lap.

Rio Haryanto was far from the only driver to hit the wall.

Haryanto’s team mate Pascal Wehrlein impressed in qualifying, coming close to reaching Q2. In the race he beat one of the Saubers.

A lightning start from Sebastian Vettel got him past both Mercedes before the end of the pit wall.

While Vettel took up the lead, Lewis Hamilton gave Nico Rosberg as much room as his team mate had given him at the same race two years ago.

Pitting under the Virtual Safety Car proved Ferrari’s undoing. The VSC period ended earlier than they expected which meant he lost more time than planned and fell back into traffic.

A tale of two Toro Rossos: Carlos Sainz Jnr was quick in qualifying but hit the wall and had to start 20th. Nonetheless he caught and overhauled team mate Daniil Kvyat on his way to ninth place.

While Hamilton celebrated his second win in a row and another boost to his championship chances, Vettel discovered just how cool the Sunday conditions were in Montreal.