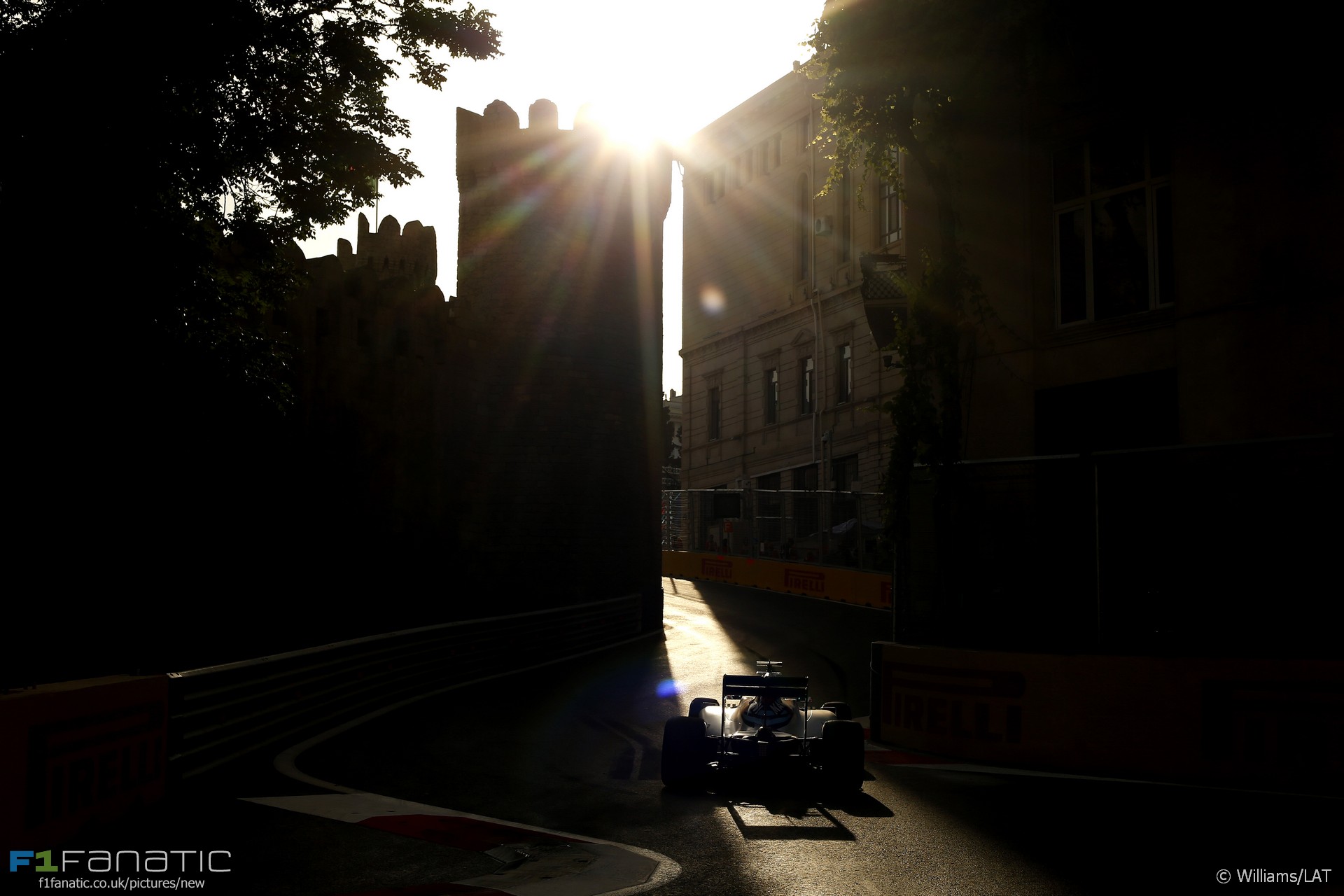 Ten of the best pictures which tell the story of the 2016 European Grand Prix weekend.

A UNESCO world heritage site is not something you would normally expect to form part of a Formula One circuit. Here Felipe Nasr explores Baku’s circuit.

The weekend got off to a frustrating start for Nico Rosberg after a power unit problem.

Baku’s low-grip surface and long acceleration zones plus Pirelli’s conservative tyre selection made for a weekend of heavy lock-ups. Romain Grosjean seemed to suffer more than most.

After a crash in practice Daniel Ricciardo snatched a place on the front row.

The light conditions became challenging for drivers late in the day.

A scruffy qualifying session for Lewis Hamilton ended when he clipped a barrier at turn ten, breaking his suspension.

Hamilton relaxes during the drivers’ parade.

Rosberg headed off the threat from Ricciardo at the start and after that his rivals could only look on as the Mercedes gradually disappeared.

For the second time in three races, Sergio Perez enjoyed a champagne shower on the podium.