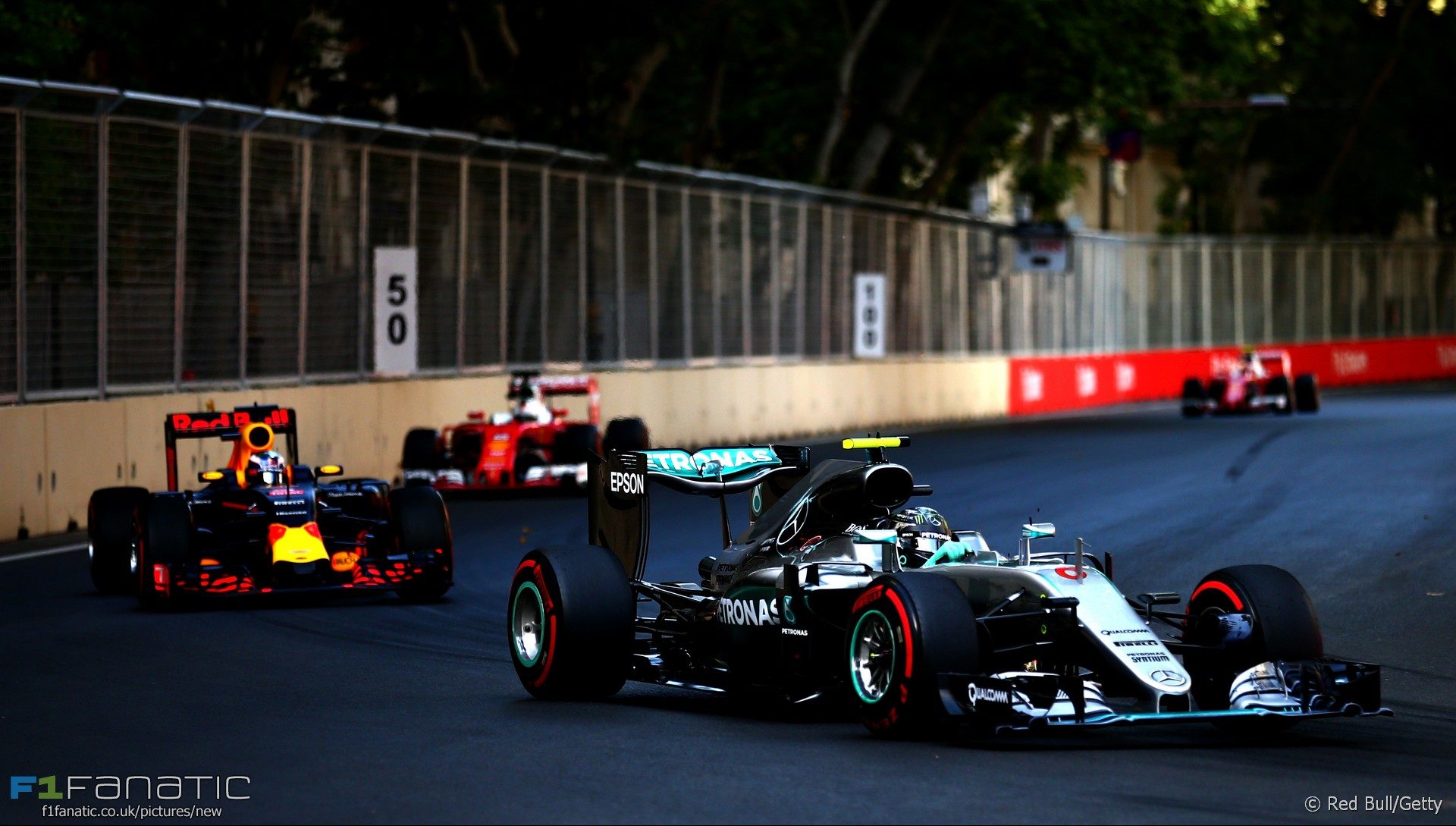 After two races in which Mercedes’ rivals finally seemed to have got on terms with them, Baku saw a sudden return to the dominant form we have grown used to seeing from the silver cars.

Is this the shape of things to come, or a track-specific phenomenon on an unusual new circuit?

Mercedes’ superiority has clearly diminished in 2016. Over the first seven races of the year their average lap time advantage was 0.56%, down from 0.94% at the same venues in 2015*.

But at Baku nobody could get close to the W07s. Nico Rosberg took pole position by 0.995 seconds – 0.97% faster than the next-quickest team could manage.

It’s significant that the closest team to Mercedes on pure performance last weekend was Mercedes power unit customer Force India rather than Ferrari or Renault-powered Red Bull. The new Baku circuit introduced the longest flat-out section on the Formula One calendar, which clearly played into their hands.

But there was more to it than that. As with other new venues introduced to the calendar recently the combination of a very smooth surface – less abrasive even than Sochi’s – and a conservative tyre selection from Pirelli appears to have flattered Mercedes.

As this graph shows, in the two races this year where the ultra-soft tyres were available – Monaco and Canada – Mercedes’ advantage was at its smallest (indeed in Monaco they were beaten on pace by Red Bull). However at Sochi and Baku, both low-abrasion tracks where the ultra-soft tyre might have been used but wasn’t, Mercedes had performance to throw away:

Baku was especially tough for Red Bull. They trimmed back the downforce levels on the RB12 in a bid to stay competitive on the straights, only to discover in the race it compromised their tyre management.

From here the teams head to Red Bull’s home circuit which, ironically, is ill-suited to their under-powered package. Mercedes’ performance advantage at this track last year was 0.52% over Ferrari, and with the ultra-soft tyres available this year the SF16-H should be closer to Canada levels of performance compared to Mercedes.

For the sake of this year’s competition, many will be hoping so. But of course having a fast car doesn’t automatically mean scoring a maximum haul of points.

Although Mercedes achieved this with one-two finishes in Australia and Russia, they failed to deliver the same at the two other tracks where they were emphatically the quickest team. Lewis Hamilton and Nico Rosberg crashed in Spain and in Baku Hamilton’s travails meant he finished off the podium.

Mercedes’ rivals will take encouragement from the team’s failure to fully capitalised on its strongest weekends as they bid to keep bringing down the gap.