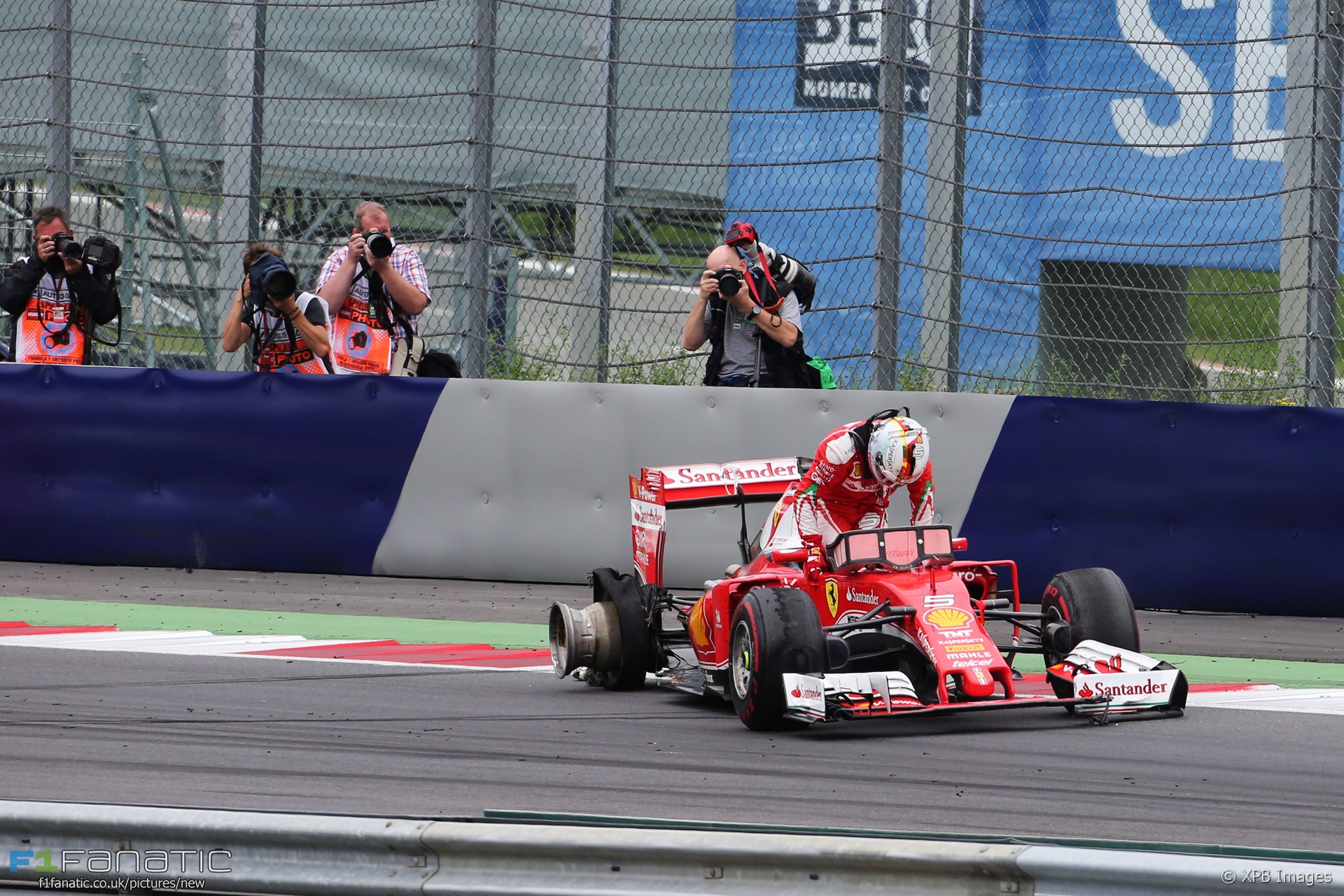 Sebastian Vettel’s 26-lap stint in the Austrian Grand Prix was “not the issue” behind his tyre blow-out, according to Pirelli.

In an interview with the official Formula One website Pirelli motorsport director Paul Hembery indicated Vettel’s puncture was related to damage caused by the kerbs at the Red Bull Ring.

“The difference to other places in Austria was also the kerbing that was put in place to discourage drivers from exceeding track limits – and there has been quite some discussion over them recently.”

“We have seen in Silverstone that one of Lewis Hamilton’s lap times was cancelled because of exceeding track limits and I think it is a very wise thing from the FIA to start enforcing it, as it was not followed in the way it should have been.”

Vettel said he had no warning his tyre was about to fail before the puncture. “It was a longer stint that Sebastian was doing compared to the majority of other teams, but that really wasn’t the issue,” said Hembery.

“It was more related to external factors. That is something that we have understood, Ferrari has understood and that we have explained to the FIA. I think we all will have a better understanding moving forward.”

“If the FIA sticks to the plan of enforcing track limits and we see more and more of such kerbing, then we will develop a test to simulate that to see how aggressive you can be in that scenario.”