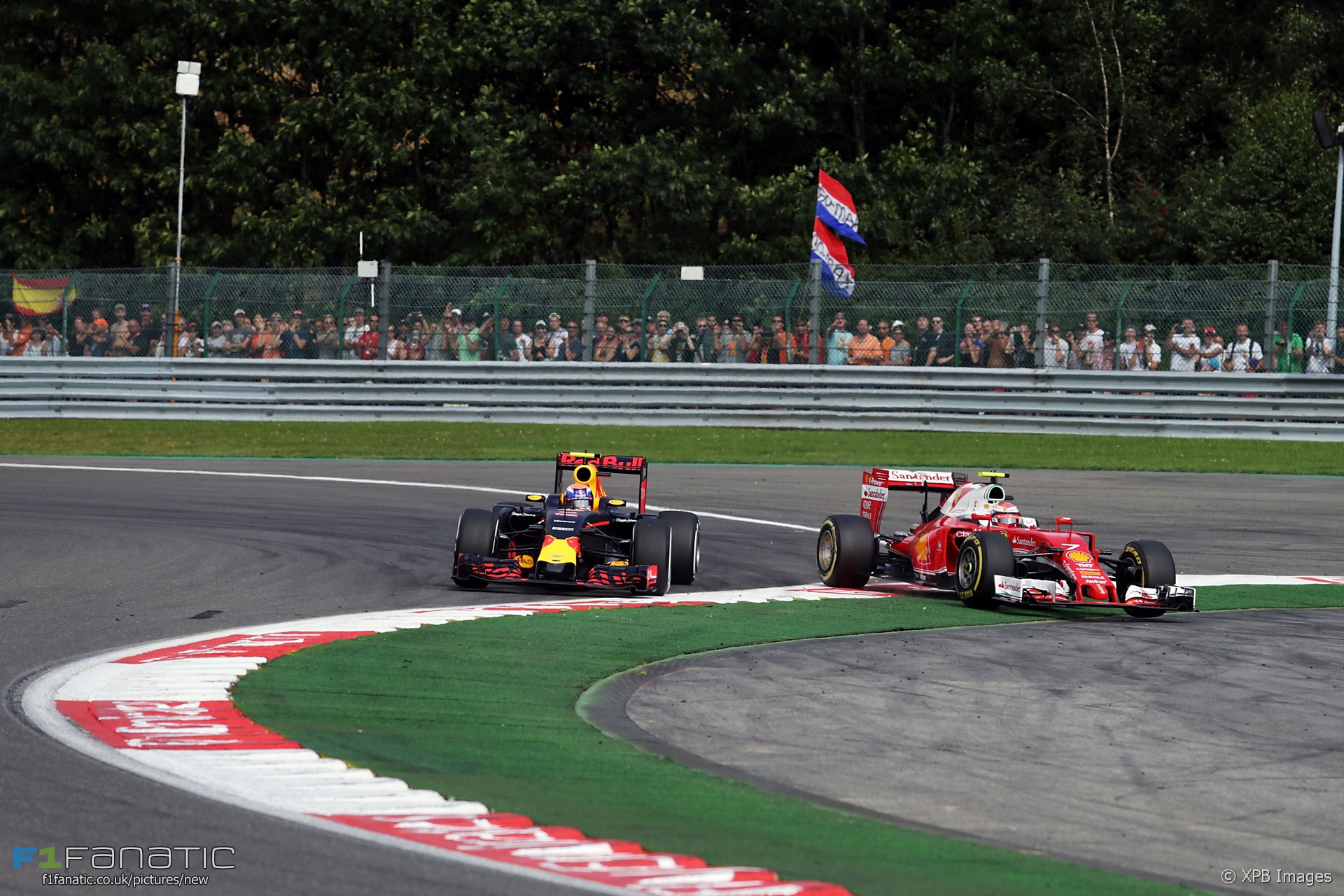 Raikkonen warned his rival could cause “a big accident” with his defensive moves following their run-ins at Spa-Francorchamps.

Speaking at today’s FIA press conference at Monza Raikkonen said the rules of racing were clear but questioned whether they were always being enforced the same way.

“I think it’s quite clear what they are and obviously sometimes you feel it’s not correct what happens on circuit,” said Raikkonen. “But I think the biggest problem is that it’s not always the same. I think as drivers we always discussed it and it’s a bit up and down. I think that could be improved.”

Raikkonen added he has “nothing against” Verstappen personally. “He’s doing a good job, he’s fast. It’s just certain things, at least in my feeling was not correct, if you have to slow sown and brake in the full speed. But those things are kind of never ending discussions.”

The Ferrari driver also revealed his team mate Sebastian Vettel apologised for his role in the first-corner collision between all three drivers.

“Obviously it was an unfortunate thing,” said Raikkonen. “Not really an awful lot to discuss.”

“Seb said ‘sorry’ and I said ‘OK’ and we go forward. It wasn’t ideal for us, any of the three, to be involved, but that’s how it goes sometimes. For sure next time we try to give a bit more room but it’s done now.”

36 comments on “Raikkonen calls for consistency after Verstappen incidents”