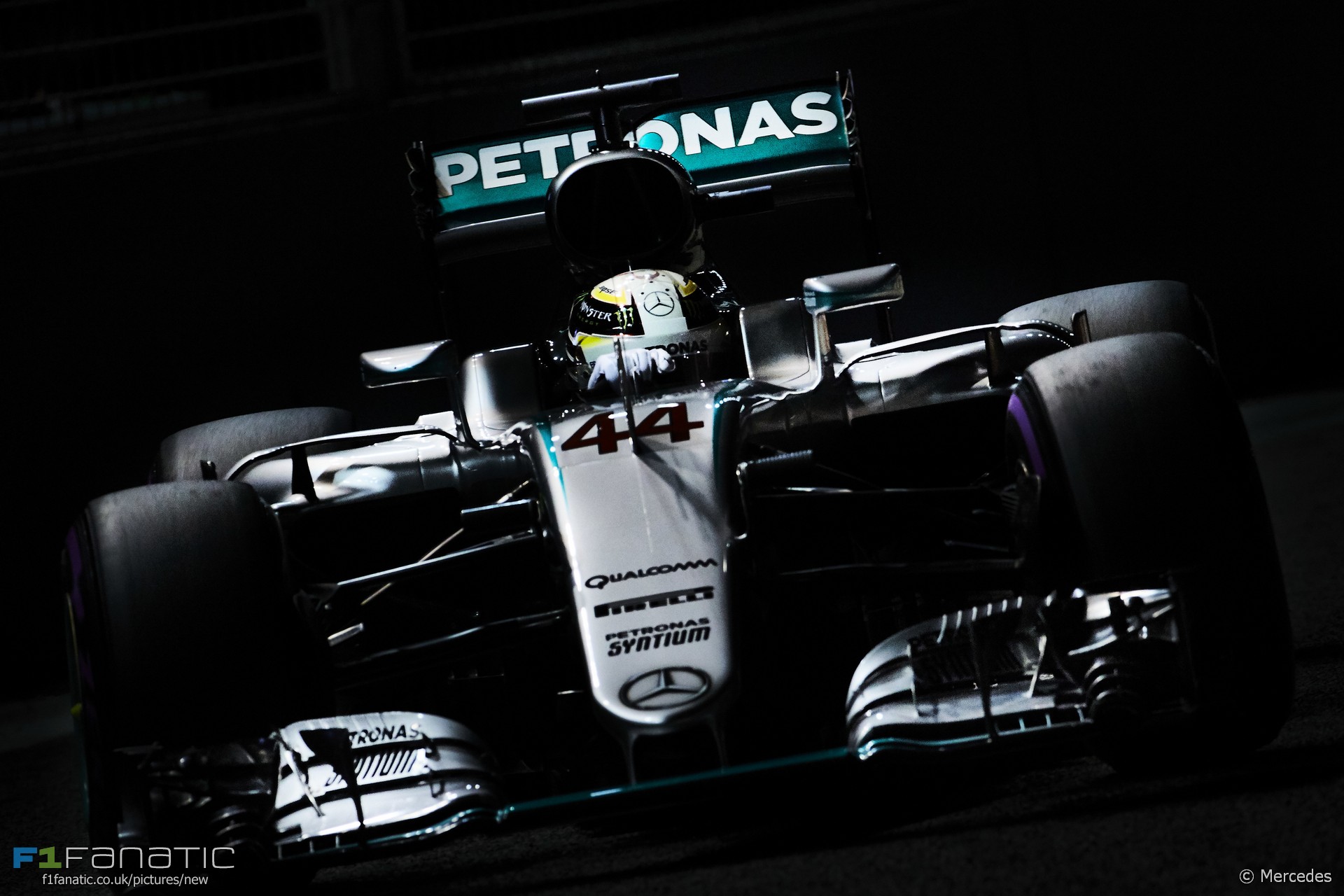 Lewis Hamilton fears drivers will have to conserve their brakes with next year’s heavier cars even more than they have to at present.

Hamilton, who said he had to conserve his brakes throughout much of Sunday’s Singapore Grand Prix, says the rise in weight next year will make this a greater problem.

“I guess the things that pops to mind is how much worse it’s going to be next year when we’ve got a heavier car,” said Hamilton after Sunday’s race.

“It’s a shame the cars are as heavy as they are because we can’t push, you can’t race very well when you’re behind people here – but that’s maybe just the circumstances of this race.”

Hamilton said his braking problem didn’t clear up until the second half of the race. “They were way overheating, so I just had to slow down, so I just had to watch the other guys pull away and I was just looking at different ways to try and get them back under control.”

“Eventually once I did my second or third stop, all of a sudden my brakes were under control. But of course, towards the end I still got a bit of heat in them.”

Hamilton has previously warned drivers will not be able to drive at the limit more frequently with next year’s cars.