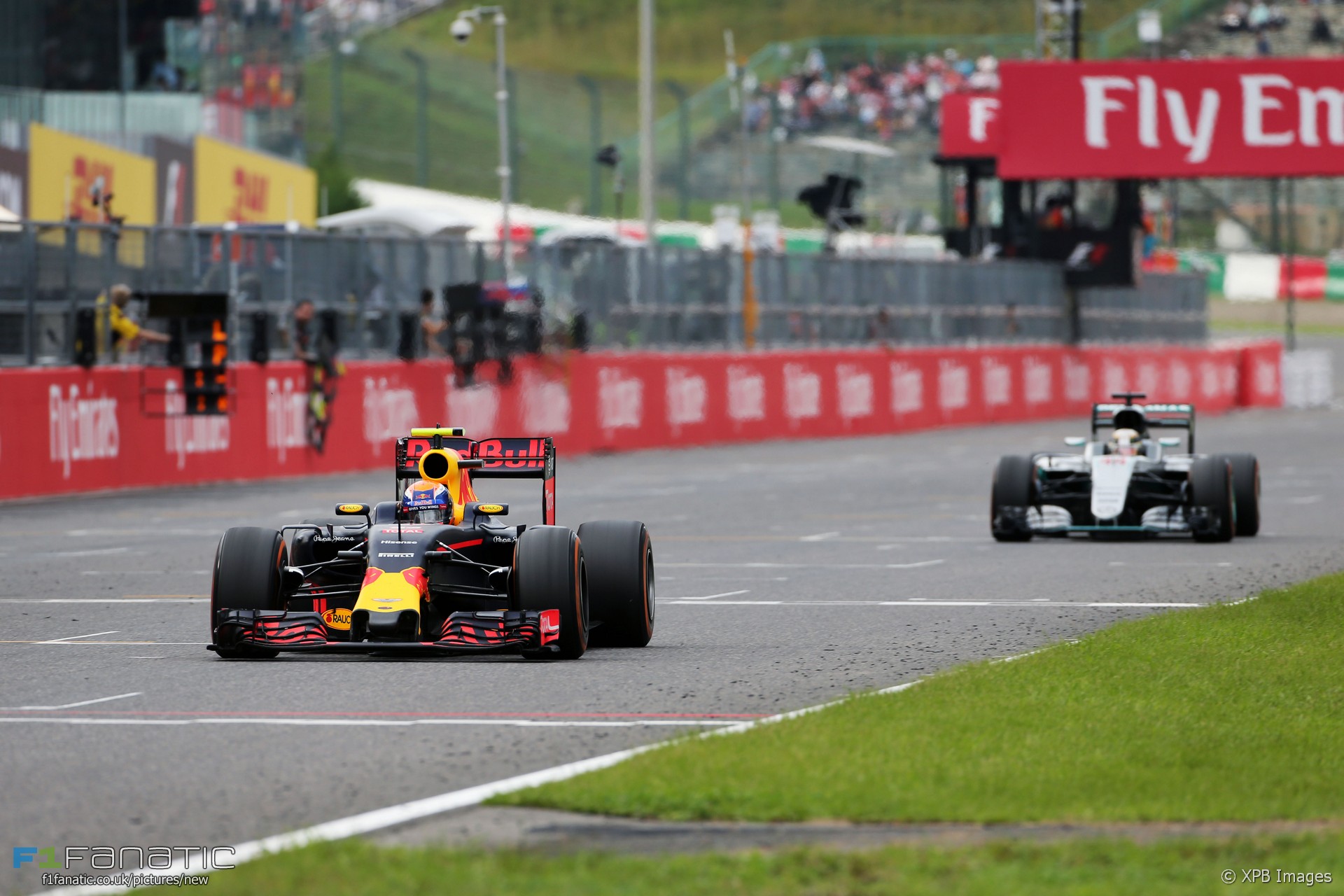 Mercedes has lodged a protest against Max Verstappen’s defensive move against Lewis Hamilton in the Japanese Grand Prix.

“A protest has been lodged by Mercedes AMG Petronas F1 Team against car 33 driven by Max Verstappen of Red Bull Racing,” said the stewards in a statement.

The protest relates to “an alleged breach of Article 27.5 of Formula One Sporting Regulations, in that he allegedly drove erratically and in a dangerous manner, forcing car 44 [Lewis Hamilton] to take evasive action at turn 16.”

“The stewards are conducting a hearing. The results are still provisional.”

Article 27.5 of the sporting regulations states “At no time may a car be driven unnecessarily slowly, erratically or in a manner which could be deemed potentially dangerous to other drivers or any other person. This will apply whether any such car is being driven on the track, the pit entry or the pit lane.”

Asked during the post-race press conference if he was “happy” with Verstappen’s driving Hamilton said: “It doesn’t really matter now. It’s done and we move forwards”.

Update: The stewards have announced they will not rule on the incident until the United States Grand Prix