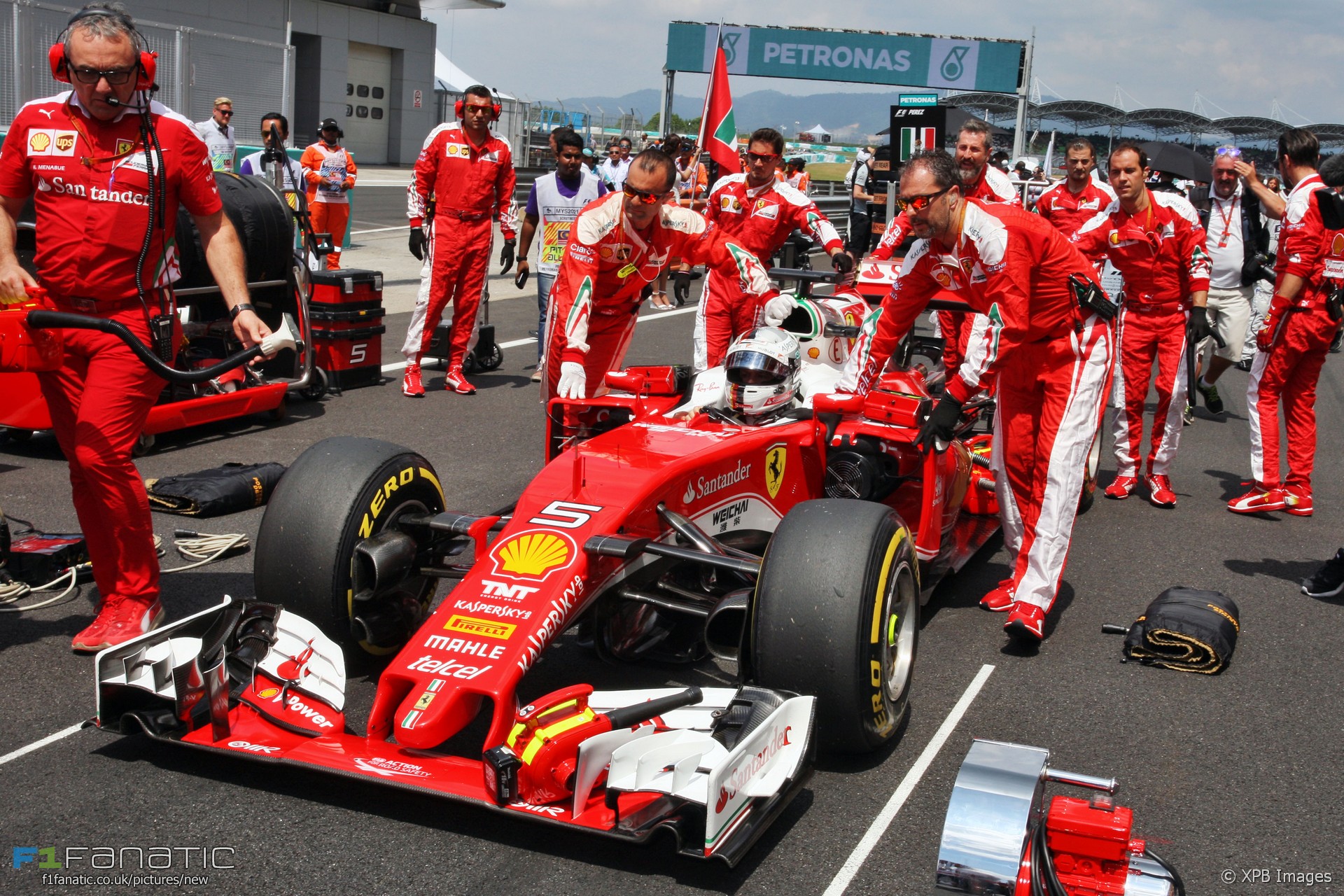 In the round-up: Luca Baldisserri, a former Ferrari sporting director and race engineer to Michael Schumacher who left the team at the end of last year, says team members are now too afraid of being fired to take risks.

"They are no longer a team but a group of scared people. Inside there is a climate of fear, the boys do not take risks, they don't make decisions for fear of being kicked out in disgrace."

"Mercedes is in-line for an annual bonus from commercial rights holder from 2016 onwards after meeting its agreed target of two world championships in '14 and '15."

"At the moment we are fourth in the constructors and the top three teams are locked out, so there were no other better options."

"It could have been me, any of us, that day in Jules' shoes. So I vowed after that that if I'm racing, taking the risks we take every time we drive, I'm going to do it properly, get the most out of it."

Why did McLaren slump in Japan? (Sky)

"The main point is that it appears to be a very specific aero weak point rather than a generic shortfall and therefore probably not something that will necessarily carry into next year's car, especially given the big change to the aero regulations."

Massa column: Why F1 drivers are struggling with starts (Motorsport)

"Drivers still make mistakes, and I think this year every driver has got it wrong as least once. Rosberg has done well, and there are drivers who can manage and understand a little better the grip levels that are out there."

"On Sunday I went to the grid and saw Hamilton with Mercedes chief race engineer Andrew Shovlin and his race engineer Pete Bonnington looking at all of the damp patches on his side of the grid. It did look like Hamilton was very concerned and was trying to see where he would place the car to try and avoid it."

"We are aiming to (make people) visualise what a race car will be not in two years but in 20 years."

James Hunt: "The worst moment for me this season came when I heard that I had been disqualified from the British GP. It was so obviously and totally impossible for us to be disqualified that I had half expected it to happen."

Rosberg is 33 points ahead of Hamilton. Car 33 separated them at Suzuka. Rosberg on course to be champion number 33: https://t.co/wsZJ9AUsrh

Back on the F1 sim today. After looking at the programme, today is going to be a longggg day crammed into the F1 cockpit! 🙌🏼😂 #F1 #Work #Sim

So pumped to announce that I will be competing in this year's SKUSA Supernats with @MattJaskol and @crg_spa in KZ Pro and S1. @SuperKartsUSA

Going to Renault makes sense in a way for Hulk similar to what Alonso must have been thinking going to McLaren-Honda.

Have Force India risen as high on the grid as they possibly can and can Renault go higher over the next few years? As others have mentioned there are no seats for Hulkenberg at Ferrari, Red Bull or Mercedes. This could be his best possibility. Time will tell.
@Bullmello

Damon Hill won the world championship by taking victory in the Japanese Grand Prix on this day 20 years ago. Hill recently published a new autobiography.

50 comments on “‘Climate of fear’ reigns at Ferrari – Baldisserri”