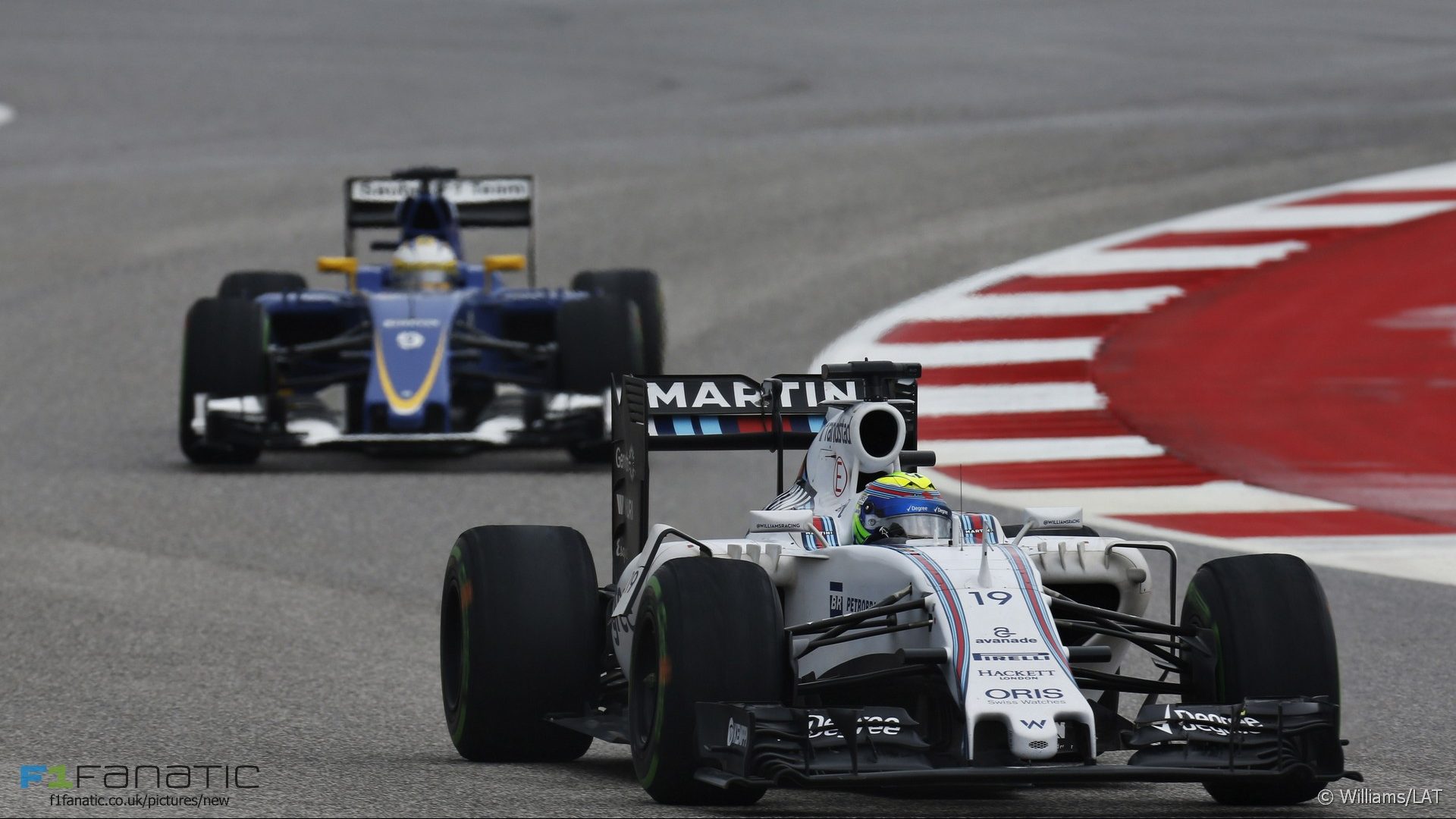 The bump at the Circuit of the Americas which contributed to the retirement of both Williams cars last year has been eased.

The FIA confirmed the track surface at the Austin circuit has been ground to ease the bumps between turns ten and twelve.

Both Williams drivers retired due to rear suspension failures during last year’s race which the team believed were caused by a bump at turn 11.

“One of the surprise features last year was how bumpy the circuit had become in just twelve months,” said Pat Symonds ahead of this year’s race, adding the team was “hoping that it hasn’t degraded any further as last year was a challenge and ultimately led to the retirement of both our cars”.

Williams is locked in a tight battle for fourth place in the constructors’ championship with Force India, who are ten points ahead of them with four races remaining.

The only other significant change to the circuit ahead of this weekend’s race is at the exit of turn 19, the penultimate corner on the track, where a new double kerb has been installed.

8 comments on “COTA removes bump which put Williams cars out”