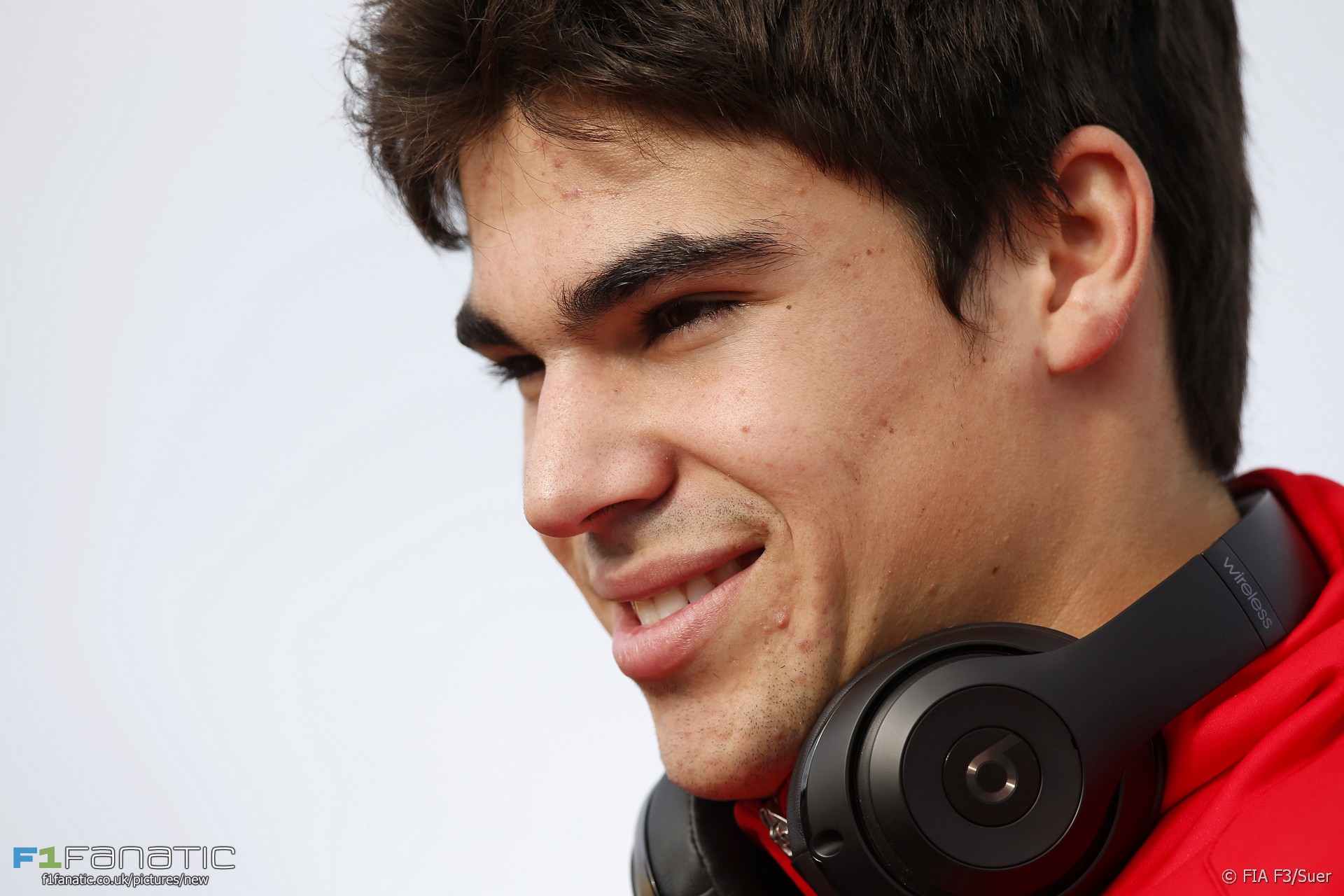 Lance Stroll is expected to be confirmed in the coming weeks as Formula One’s newest driver for the 2017 season, filling the gap left by Felipe Massa at Williams.

Stroll is nine days away from his 18th birthday. He’ll be celebrating more than just a milestone ago a week on Saturday, as the FIA has in its wisdom set this arbitrary threshold as the final box he needs to tick in order to qualify for a Formula One superlicence.

The hard part of the job is already done. Stroll has racked up in excess of the 40 superlicence points he needs by winning the Italian Formula Four championship in 2014 and following it up with the European Formula Three crown this year. The latter achievement puts him in very good company: Esteban Ocon won the crown two years ago, beating fellow rookie Max Verstappen.

The latter driver redefined the speed with which young drivers could propel themselves into the top flight of motor racing. Verstappen’s arrival in F1 after just a single season of racing prompted the FIA to introduce its heavy-handed new licensing system.

But even though Stroll has met all the criteria required of him to make an F1 debut, there are good reasons why he should consider postponing it.

The 2017 season could be the toughest year for young drivers we have seen for a long time. The relaxation of the aerodynamic regulations has let F1 designers off the leash, and huge gains in car performance are being touted for next season.

The physical demands of driving a Formula One car compared to a junior single-seater had shrunk in recent years owing to the lessened aerodynamic performance high-degradation tyres. That is going to change next year with bigger wings and wider tyres.

Stroll will gain some experience of current generation F1 cars through his planned private test runs with Williams. But while Verstappen has shown drivers can could successfully jump from F3 to current F1 cars, Stroll may be about to leap from the same starting point only to discover the target has moved much further away.

Thanks to the backing of his wealthy father, who has invested in junior team Prema, Stoll has been able to pick and choose an ideal path through the junior formulae. After winning in Italian F4 he graduated to F3, enjoyed a schooling year in 2015 before taking the title in style. An opportunity exists for him to advance a leave and remain in the Prema fold instead of making a hasty debut in F1.

The Italian squad expanded into GP2 this year and, having hired technical director Guillaume Capietto from multiple champions ART, have already clinched the teams’ title in their debut season. It spoke volumes that Red Bull decided to place junior driver Pierre Gasly with the newcomers, and either he or team mate Antonio Giovinazzi are likely to win the drivers’ championship at next month’s finale.

For Stroll, a year or two refining his craft in GP2, side-by-side with F1 test appearances and practice outings to get used to the new machinery, would surely make more sense than rushing into F1 before he is ready.

“It’s important to complete every step properly and not take any shortcuts,” he said earlier this year. “You see so many drivers who go into F1 too soon, make mistakes. And you really only have one shot in Formula One.”

Stroll should take his own advice. He has the rare luxury offered by his father’s wealth. Even if he has a couple of indifferent seasons in GP2 he is not going to find it difficult to gain a place in F1 in the near future with so many teams crying out for investment.

Will he? The temptation to claim his place in F1 as the reigning F3 champion will be strong. Failing to deliver a title in GP2 could take the shine off that achievement. And Stroll’s decision not to go up against the cream of F3 talent at next month’s Macau Grand Prix suggests that cultivating his reputation is the priority at the moment.