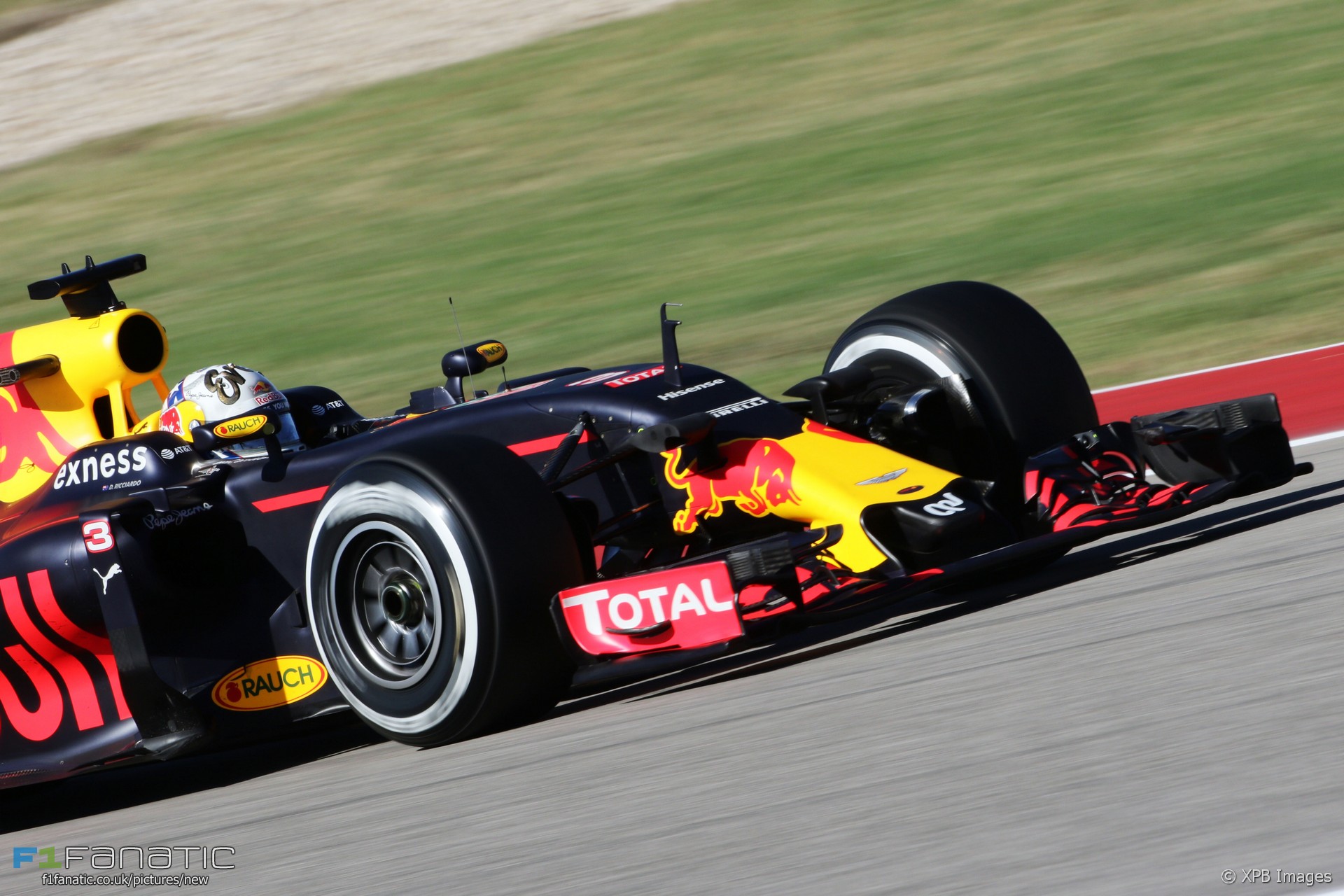 Daniel Ricciardo was not getting carried away by his performance after lapping within two tenths of a second of the Mercedes drivers on Friday in Austin.

The Red Bull driver suspects Mercedes will pull further ahead on Saturday as they have done on several occasions this year.

“If we’ve got the pace we had today against the Mercedes on Sunday then it’s going to be a fun race,” the Malaysian Grand Prix winner told reporters at the track.

“I think we will have some overtaking ahead of us. I’m not sure where they are with engines and all that, how conservative they’re running but today we look good.”

Ricciardo managed to split the two Mercedes drivers in his qualifying simulation run. “The low fuel pace, I think it was OK,” he said. “I mean it looks good on the time sheets, I think we can still find a bit more but I’m sure Mercedes will probably have a bit more.”

“But looking at where Ferrari were, it was a solid day. Our long run pace, we’re happy with that and felt like we got some good consistent laps out of it and were able to chip away the whole day. We made progress from P1 and pretty happy with where we’re ended up. Hopefully not too much on tonight, a little bit of fine-tuning and that’ll be it.”

Hamilton was one of few drivers who did not improve his lap time in the warmer afternoon session, suggesting his Mercedes has further performance locked away. He spent the second part of his race simulation on medium compound tyres on which he complained of a vibration. But on his longer run on the super-soft tyres he showed similar pace to Ricciardo late in the stint (see graph below).

Ferrari had a less promising day, finishing over eight tenths of a second behind Mercedes. A repeat of their Suzuka qualifying performance, where they beat both Red Bulls, seems unlikely. Sebastian Vettel also collected his first reprimand of the season after passing the pit entry bollard on the wrong side.

McLaren placed inside the top ten on Friday but can expect Williams to be stronger on Saturday as usual. Nonetheless the fight for the final Q3 places should be fierce: Jenson Button in eighth to Felipe Massa eight places back were covered by half a second.

This chart shows all the drivers’ lap times (in seconds) during their longest unbroken stint. Very slow laps omitted. Scroll to zoom, drag to pan, right-click to reset: