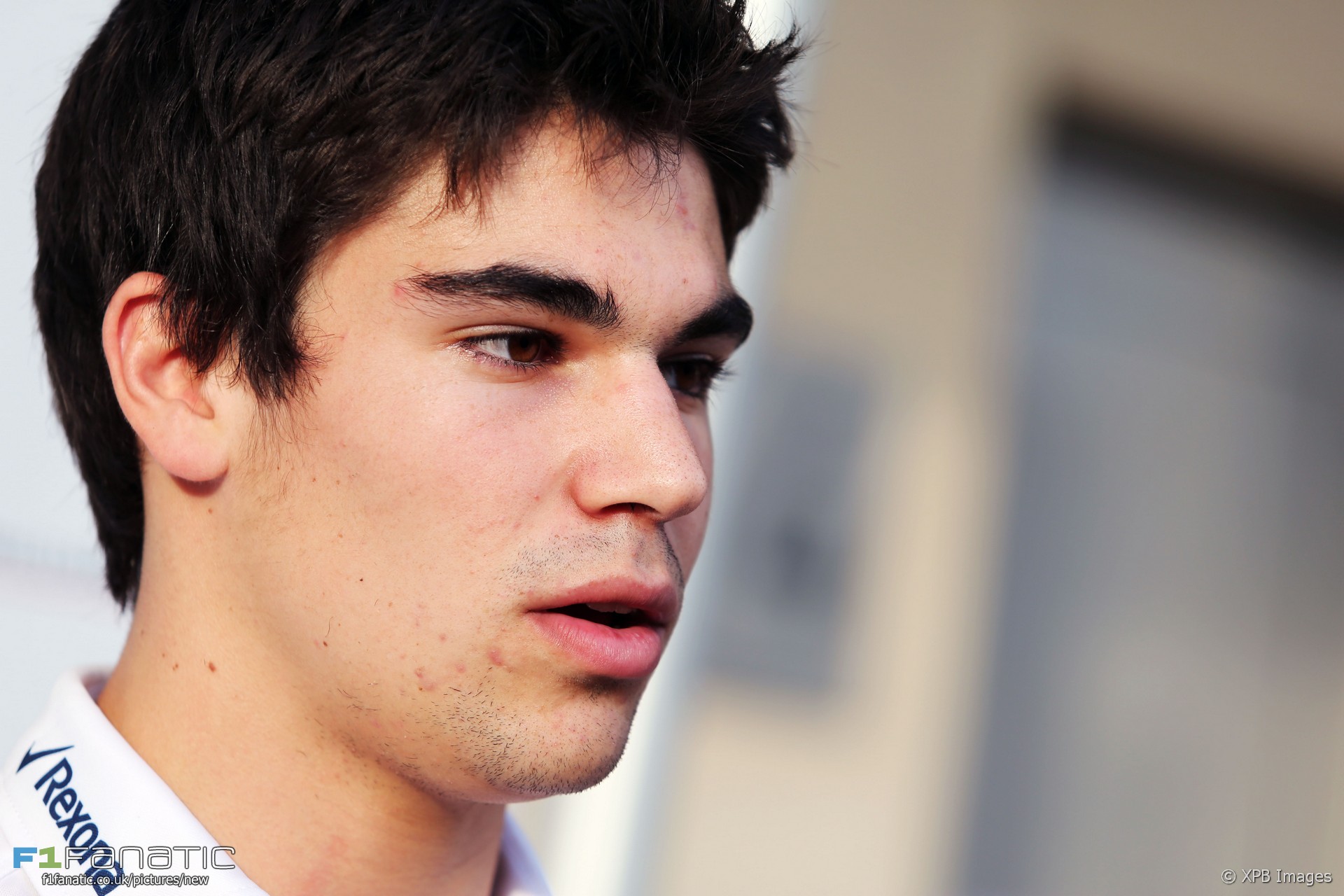 In the round-up: Claire Williams says she doesn’t understand the ‘negative connotations’ around drivers who bring money to fund their F1 drives ahead of Lance Stroll’s F1 debut with the team.

Don't miss anything from RaceFans - join us on Facebook here to see whenever a new article has been added:

Will Stroll show his talent is worth more than his money in F1? (Motorsport)

"I don't understand why in this sport that is such a business there is such negative connotation around a driver that brings backing."

Gene Haas: Still work to do to attract sponsors (ESPN)

"Racing in general, there's some viewership issues, there's only a number of viewers you can provide to potential sponsors."

Hulkenberg 'not sure' about 2017 changes (Autosport)

"I hope that they allow a bit more free pushing and not as much management. But I am not sure that will be the case."

"Catering and hospitality company Absolute Taste has been acquired from McLaren Technology Group by One Event Management."

"Despite the disappointment, Rio’s mother Indah Pennywati still believes that her son will get another opportunity to compete in the F1."

Here he is! For the first time with @RenaultSportF1, we give you, The Hulk!
(Thank you for filming this nice NY message @HulkHulkenberg 😉) pic.twitter.com/BCQo16vaU1

Quite a few of you asking us for a sneak peek at the new car. It may take a little longer, but it'll be worth the wait ;)

The rookie class of 2017 already has some serious talent and the grid isn’t full yet:

It will be interesting to see how good Esteban Ocon actually is. Sergio Perez is a highly respected driver, and thus a good benchmark for him.

It’s not unlikely that Ocon will regularly meet Stoffel Vandoorne on track as well, if the Force India is able to match Mclaren-Honda, which are expected to make a leap forward. So many rookies to look out for, and many good benchmark team mates such as Perez and Fernando Alonso.
@Me4me

Happy birthday to Franck Montagny who is 39 today.