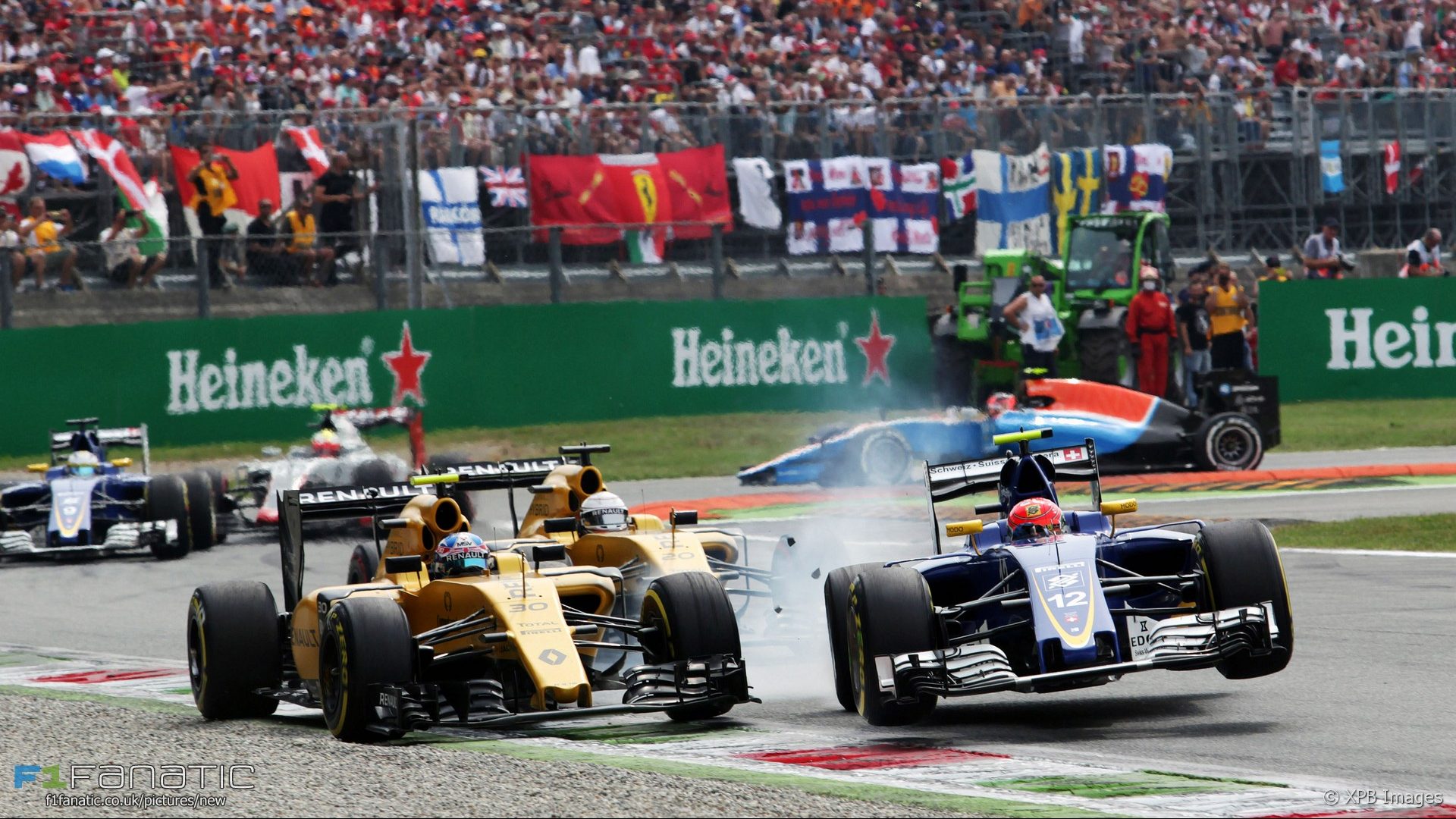 Driver penalties became a major talking point in 2016 as teams urged stewards to ease up on the number of sanctions being handed down.

Just last week Derek Warwick, one of several ex-F1 drivers now involved in F1 officiating, urged the FIA to “take away all these penalties” and “get back to harder, harsher racing”.

However following a record-breaking 2015 during which over 100 penalties were issued the total number of sanctions fell slightly in 2016.

This graph shows the total penalties handed down over the last six seasons, whether they were incurred by a driver or team, and how many investigations resulted in no action being taken:

The fall in the number of penalties being issued came as the FIA largely abandoned its effort to impose rules on what radio messages drivers could receive. Nico Rosberg and Jenson Button received penalties for this before the regulations were changed mid-season.

However as the season came to an end F1 increasingly found itself caught between conflicting urges to ‘let the drivers race’ while also imposing fair rules. While some drivers clamoured for fewer penalties others wanted tighter restrictions in certain areas, such as Max Verstappen’s defensive moves.

These conflicting demands came to a head in Mexico. The weekend began with team principals saying “we should get rid of all these penalties and all this nonsense” but as the chequered flag fell the radio airwaves were thick with recrimination.

Three drivers – Lewis Hamilton, Nico Rosberg and Max Verstappen – all cut the first corner at one point during the race, yet only one of the three was penalised. The FIA later took the unprecedented step of sending race director Charlie Whiting to a press conference to explain the reasoning for the decision.

In the final laps of the race Sebastian Vettel became the first driver to fall foul of what had been dubbed ‘the Verstappen rule’ – a clarification to the rules intended to stop drivers changing their lines under braking.

Encouragingly, the FIA has recognised the need to make the sport self-policing where possible, such as by discouraging drivers from using run-off areas. The role of the referee is always likely to remain both necessary and contentious, but perhaps we’ll hear a bit less from the stewards in 2017.

Kevin Magnussen found himself before the stewards more than any other driver, facing a total of 14 investigations. He was judged to have been responsible for six of those, the most of any driver along with Daniil Kvyat.

However Hamilton could usually blame his team when he got a penalty. His six such penalties were the most of any driver, one more than Vettel.

McLaren’s all-champion line-up did themselves justice by going the entire season without incurring a penalty for a driving infringement:

Since penalty points were introduced three seasons ago no driver has racked up enough to incur a race ban. Once issued penalty points remain on their licence for 12 months and if a driver reaches a total of 12 they are suspended from the next race.

As 2016 came to an end Kvyat was the driver in greatest danger of collecting a ban, with eight points on his licence. He will deduct three on May 1st next year. Esteban Gutierrez has the next-highest total with seven, but seems unlikely to be racing in F1 next year anyway.

Nico Rosberg’s remarkable five-year run without collecting a penalty for a driving infraction ended when he clashed with his team mate in Austria. Last year’s world champion got his elbows out a few more times during the season and by the end of the year had gone from zero points on his licence to six. But he’s unlikely to use his licence this year, so no worries there.

In contrast team mate Hamilton kept a clean sheet, as did Jenson Button and Daniel Ricciardo – the latter having also been penalty point free in 2015.

As for Kvyat, he may want to take a lesson from the driver who replaced him at Red Bull early last year. Max Verstappen began last season with eight points on his licence but ended the year much better off having trimmed it to three.

Along with Kvyat, the only other driver likely to be on the grid this year who is already at least halfway towards a ban is Vettel, on six points.

Notes on the data

Fines given for pit lane speeding during non-competitive sessions were not included.

Are too many penalties being issued in F1? Are there some incidents the stewards should turn a blind eye to?

Have your say in the comments.