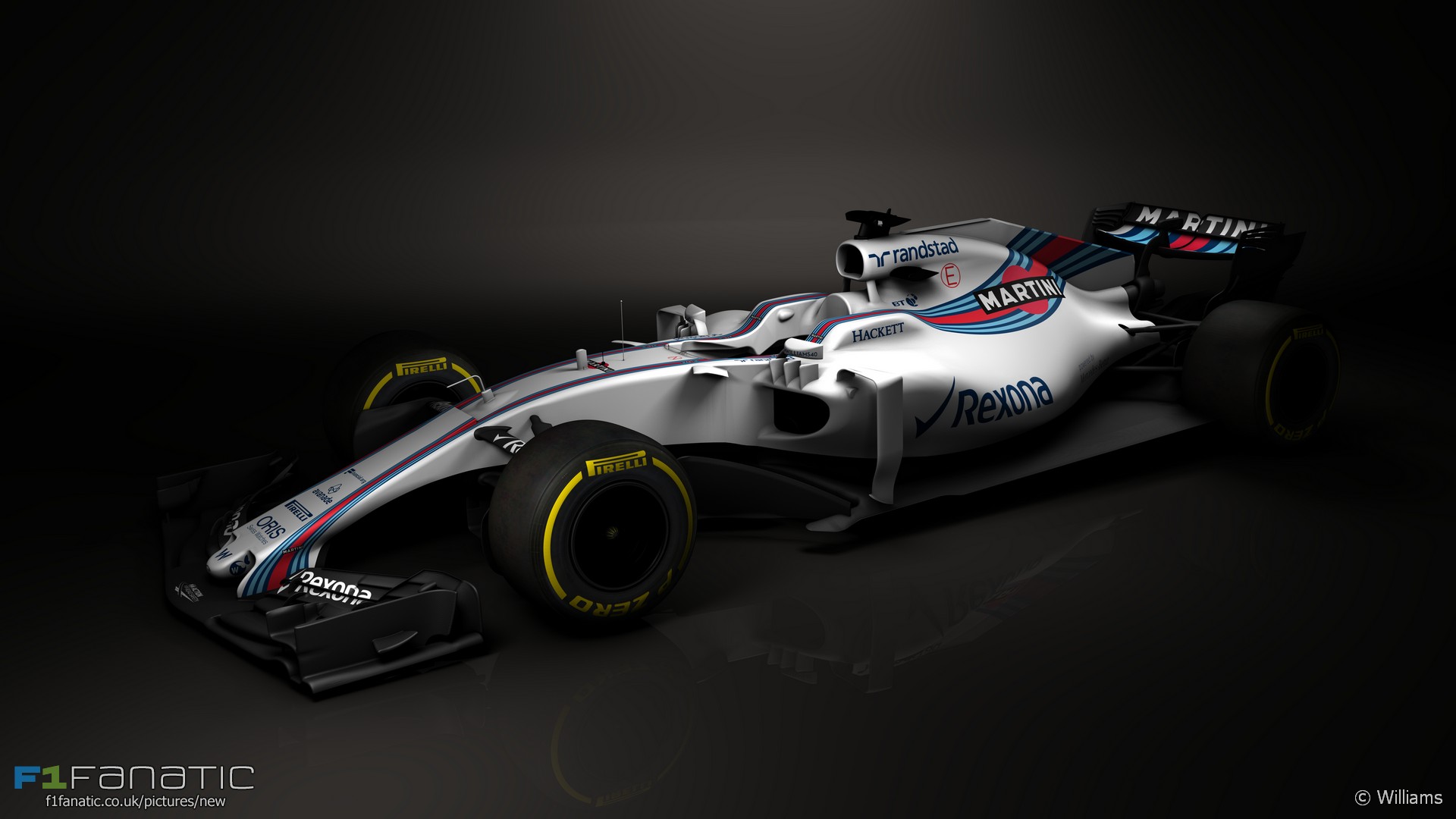 Williams has revealed the first images and video of its 2017 Formula One car, the FW40.

The team has named the successor to last year’s FW38 to reflect their 40th anniversary.

The FW40 is the first car to appear which has been designed for the new 2017 regulations under which car widths have increased from 1,800mm to 2,000mm.

The darkened images reveal few details of the car. Some elements, such as its bargeboards, can be seen if the images are brightened. The front nose does not appear to be completely smooth where the suspension joins the car, suggesting the team is using a vent.

The team also published a video revealing further details of the car (below). This still image from the video which has been brightened shows the new-shape rear wing and enlarged diffuser:

The Mercedes-powered car will be driven by Felipe Massa and newcomer Lance Stroll.

Williams fell from third to fifth in the constructors’ championship last year and were beaten by fellow Mercedes customers Force India.

The FW40 will have an official launch on February 25th

Get all the 2017 F1 race, test and launch dates on your mobile device using the F1 Fanatic Calendar