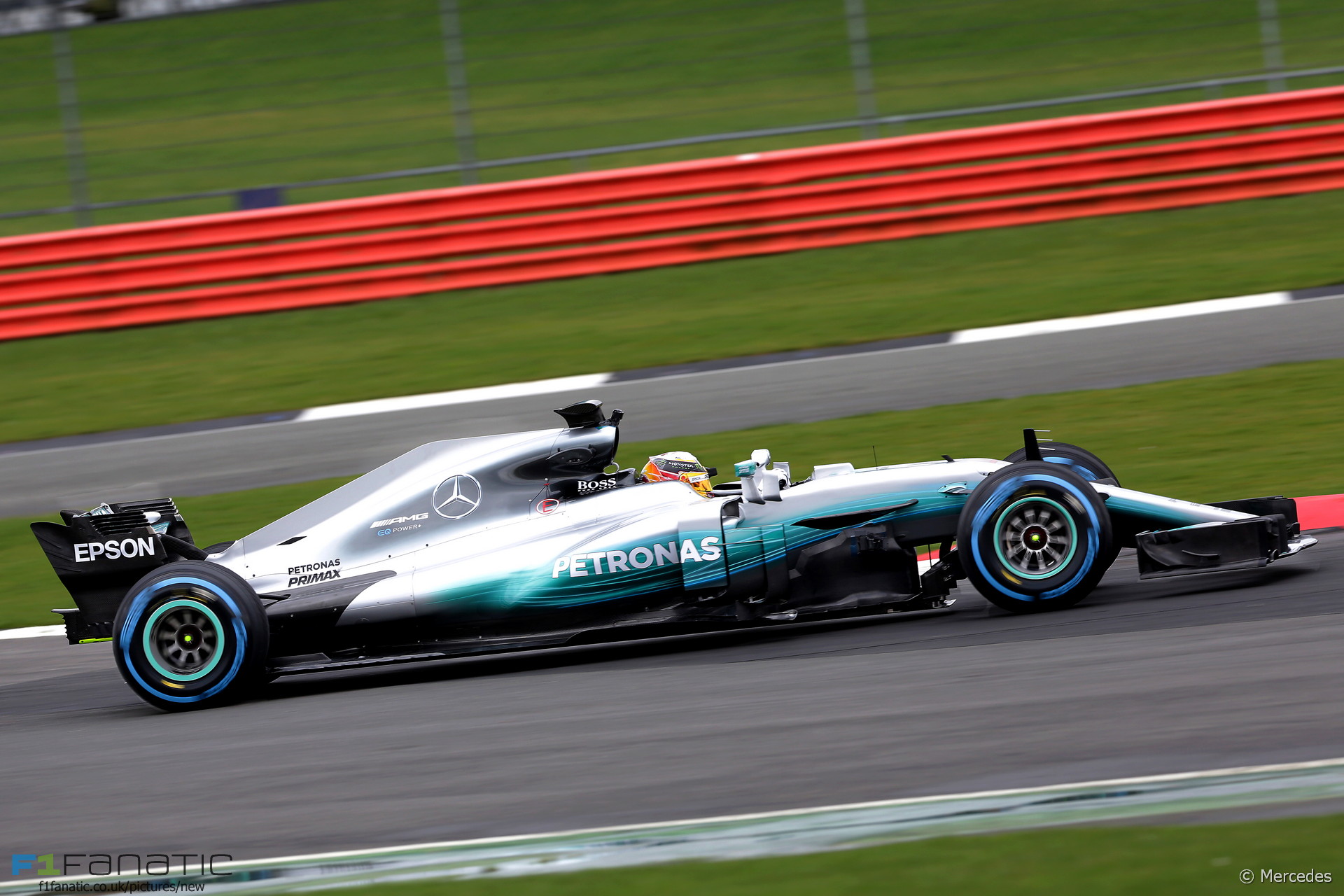 Lewis Hamilton says that Pirelli’s new, more consistent tyres for the 2017 season will be “fantastic” for drivers.

Speaking at the launch of Mercedes’ new car at Silverstone, Hamilton said he is expecting more consistent performance from F1’s tyre supplier this season.

“I know through the Pirelli testing that the tyres are more consistent,” says Hamilton. “That will be fantastic for us.”

The three-time world champion has not had a chance to drive Pirelli’s new dry compounds on track, but expects drivers to have more opportunity to push longer in races compared to 2016.

“There’ll be more sprint-like stints,” Hamilton explains. “It really wasn’t in the past. I particularly remember the race in Monza last year, I fell back to fifth and you only had so much life in the tyre.

“When I was trying to get past the cars ahead while using as little of the tyre as possible to get back into position to chase the guy ahead. I passed the guys, got back to second and had nothing left in the tyres.

“If I had continued to push at the pace I was, I would’ve caught Rosberg for a couple of laps but then I’d have lost out overall in the race because I’d have spent all my tyres.

“So I think it’s great that we’ve made the tyres so you can slide a bit more and be more aggressive on them.”

With the sport introducing more aggressive aerodynamic regulations for this season’s cars, Hamilton is enthused about the new opportunity to push harder for longer.

“You’re going to be more on the limit every single lap. That’s how it should be.”