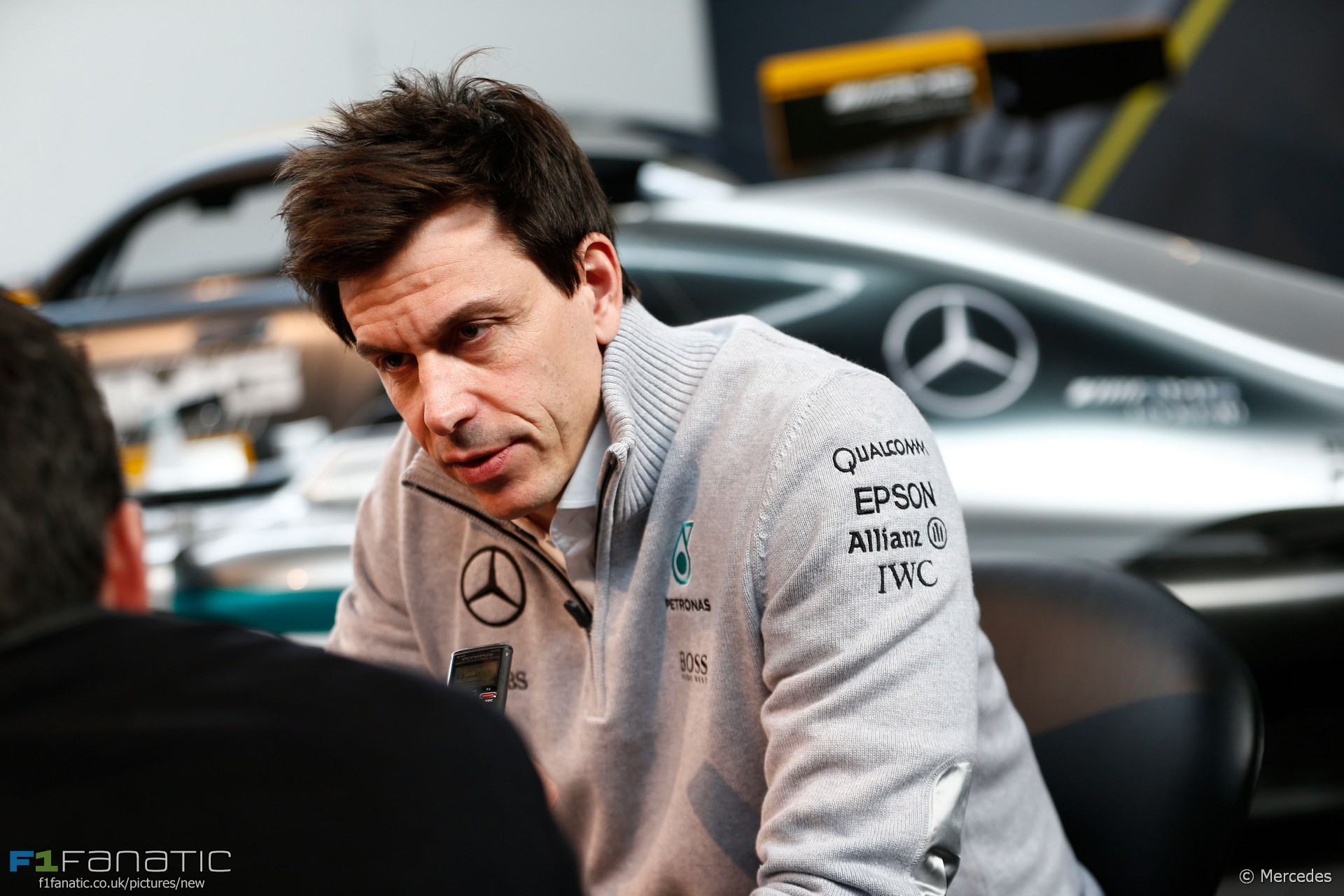 Speaking at the launch of the team’s new car today Wolff said he expects Liberty Media to make their presence felt in areas of the sport which are not restricted by existing deals.

“Of course you’re always limited by contracts and part of Formula One’s success was long-term contracts that give Formula One stability,” he said. “But that also means probably you might not be able to change everything at once.”

Mercedes has had discussions with Liberty representatives John Malone, Chase Carey and Ross Brawn about the sport’s future direction. Wolff said the meeting were “very proactive approach” but cautioned against a major overhaul of F1.

“Having spent some time now with the new owners of Formula One you realise that Formula One is probably the best-functioning global sport that exists,” he said.

“We tend to put the spotlight on the things that are not as good as they should be, we tend to criticise it a lot. And that is part of Formula One’s DNA. We’re not only talking about the track action, we are talking about the politics and the inefficiencies and the controversy. And that’s part of us.”

“So the sport is in good shape, there are things that are functioning really well and the audiences in the last couple of races when it came down to the wire were really good. And there is things we can improve.”

“But nothing is broken. Formula One needs evolution, not revolution and needs careful handling and understanding of what the DNA and [unique selling point] of Formula One is and then we need to move from there.”

“When you look at sports car racing, I am a fan of sports car racing and I love the technology of Le Mans. But it hasn’t got anywhere near the audience or the reach of Formula One, even one percent.”