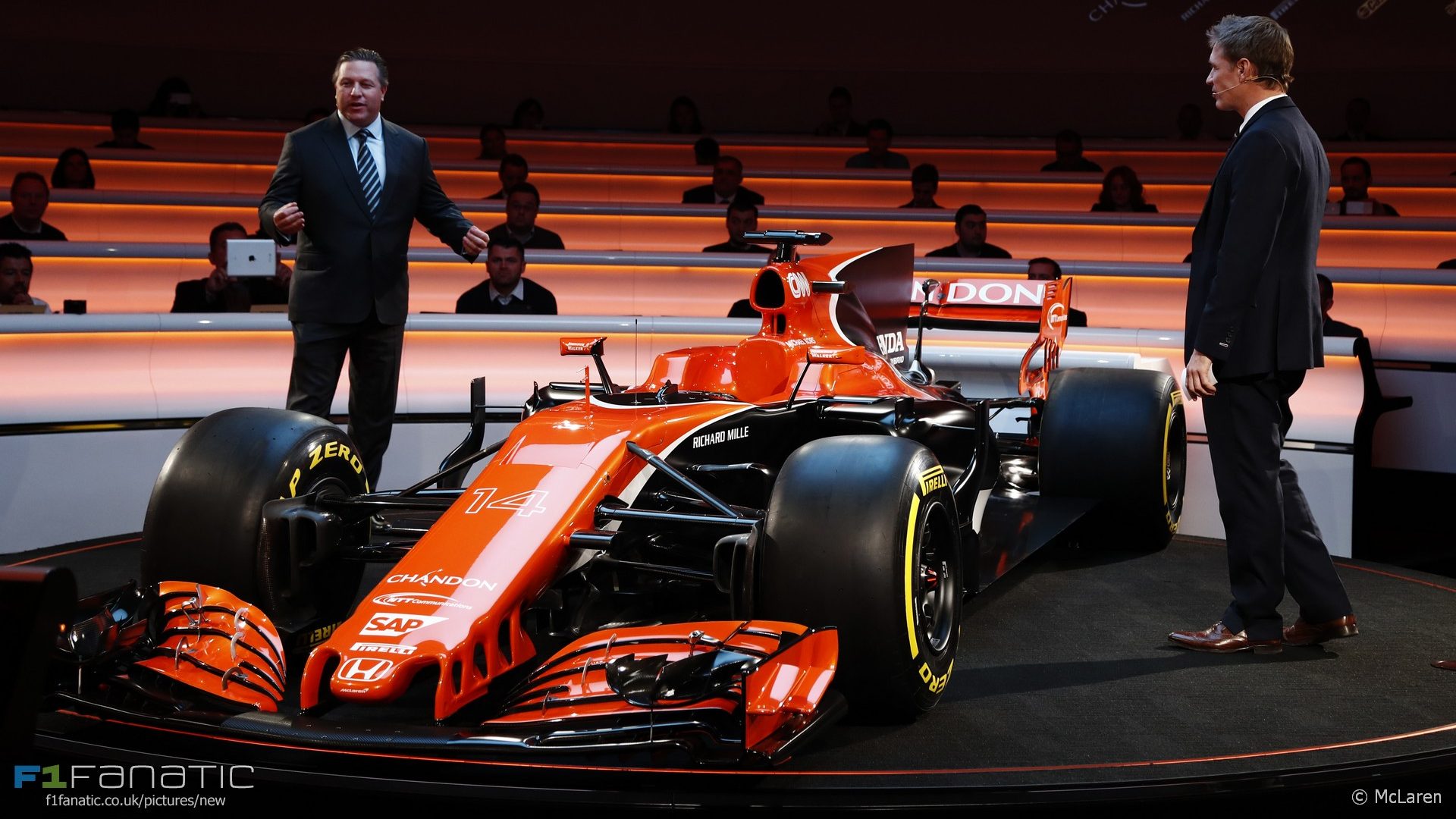 In the round-up: Honda believes its heavily revised engine will be on a par with Mercedes 2016 power unit from early in the season.

"Though Hasegawa is hesitant when making predictions with the engine – which he claims is '90 per cent new' – he estimates it will have reached the standard of Mercedes' power unit… albeit from 12 months ago."

"It’s understood that the new power unit apes the standard-setting Mercedes architecture and that it incorporates Turbulent Jet Ignition for the first time. Such a big change has been described by Honda’s motor sport boss Yusuke Hasigawa as ‘risky’."

"2018 is when we need to deliver a title partner. I already feel that pressure because it takes a year."

"My situation was very clear that I have this year in McLaren-Honda, that I was happy here and that it was no point to talk any more for any possibility."

McLaren driver says podium finishes are not enough in 2017 (BBC)

"McLaren have made it clear they wish Alonso to sign a new contract to keep him at the team after 2017, probably for at least another two years."

"People complained when Michael Schumacher and Ferrari exerted a similar monopoly but at least the Italian team had the benefit of a warm-blooded charisma resulting from decades of triumph and tragedy. Although Mercedes can boast an even longer history, it lacks the same romantic appeal to the emotions of the average fan."

"The new car livery is a significant shift away from the traditional coach lines and go-faster stripes associated with Formula 1."

Alonso on Lewis and team data sharing: "If he was watching more data from Rosberg last year, maybe he'd have won the championship'. Ouch.

McLaren aero chief Peter Prodromou: "Car that has impressed me so far is Mercedes. Clearly have put a huge amount of man-hours into it"

Thank goodness for that, the new Mercedes F1 looks the mutt's nuts. That's more the elegance of design and implementation I was hoping for

#F1 2017 is looking great. 20 of these in red, blue, orange, silver, yellow and more hammering down to turn one? Bring it on already. pic.twitter.com/s2VB9O9MOP

I feel like people have really started to underestimate Honda because of the last few seasons, they clearly went the wrong way with the design philosophy behind their engine compared to the other manufacturers. But they were locked into it due to the token system so couldn’t do anything but try to improve it, and even with that massive handicap they still managed to push it’s performance to hit Q3 and finish mid field last year, which is impressive considering the nature of F1.

They are one of the biggest car manufacturers in the world, and now that they’re not locked into the token system I think they will make massive gains. They will most definitely leap forward once they hit the right design setup with their engine, then it will be up to McLaren to have the car to deliver.
JammyB

Happy birthday to Tony Brooks, 85 today, and FIA president Jean Todt, who is 71.