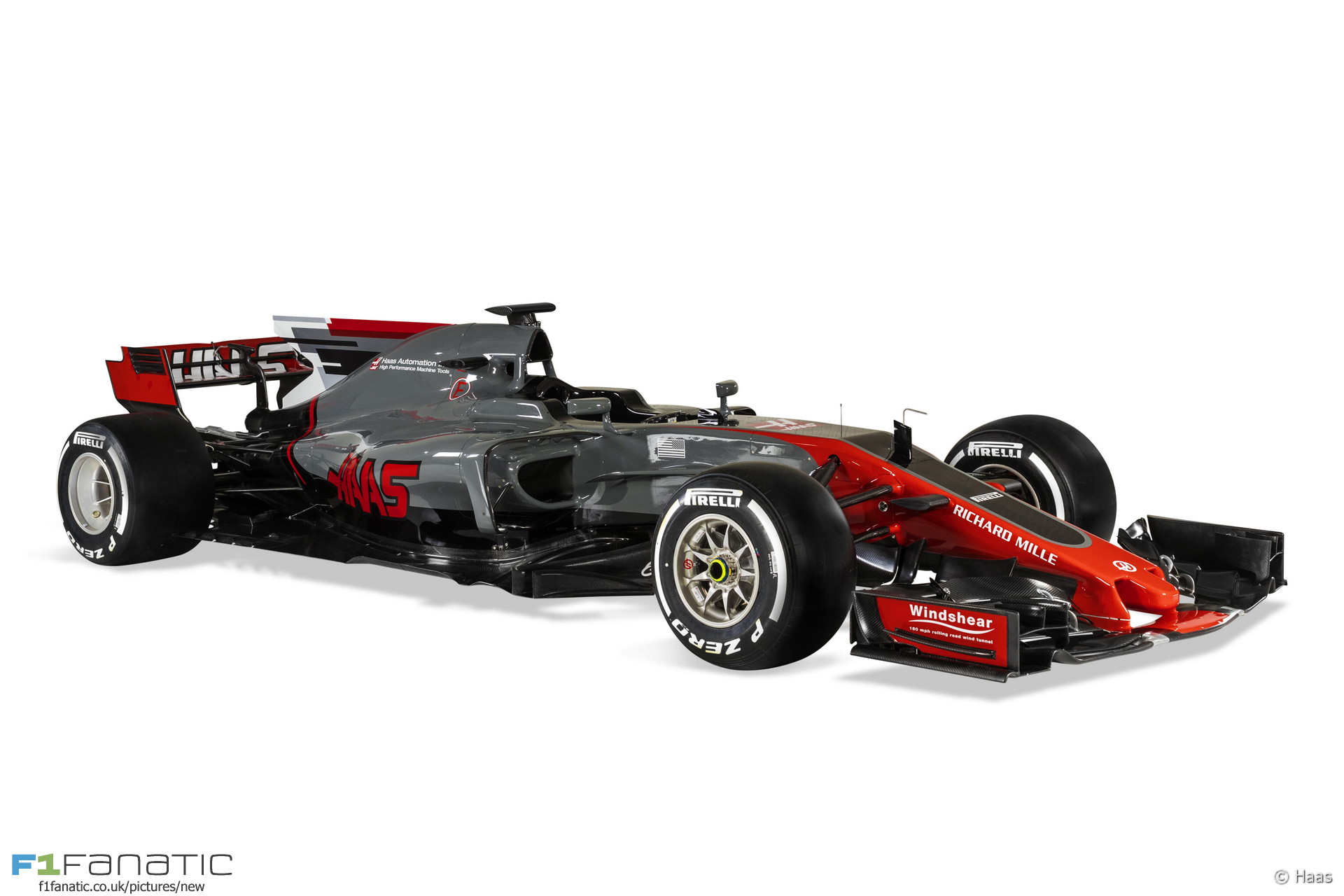 The first pictures of the new Haas VF-17 for 2017 have been revealed.

The American-owned team is heading into its second year of competition in Formula One.

Team principal Guenther Steiner said the team’s new car had very little in common with its predecessor, largely due to new rules introduced for 2017.

“I think the pedal box is the same, but all the rest is very different from last year’s car,” he said.

“You always try to make a faster car, which is normally a lighter car. Now we can put on more ballast and get better weight distribution. The aero is completely new, as are the tyres, so we needed to have some built-in adjustability.”

“Aesthetically, the car has a more aggressive look,” he added. “It’s lighter and more aerodynamically efficient. Everything we learned from our first car has been applied to our new car.”

This article will be updated

55 comments on “Pictures: Haas reveal their second Formula One car”