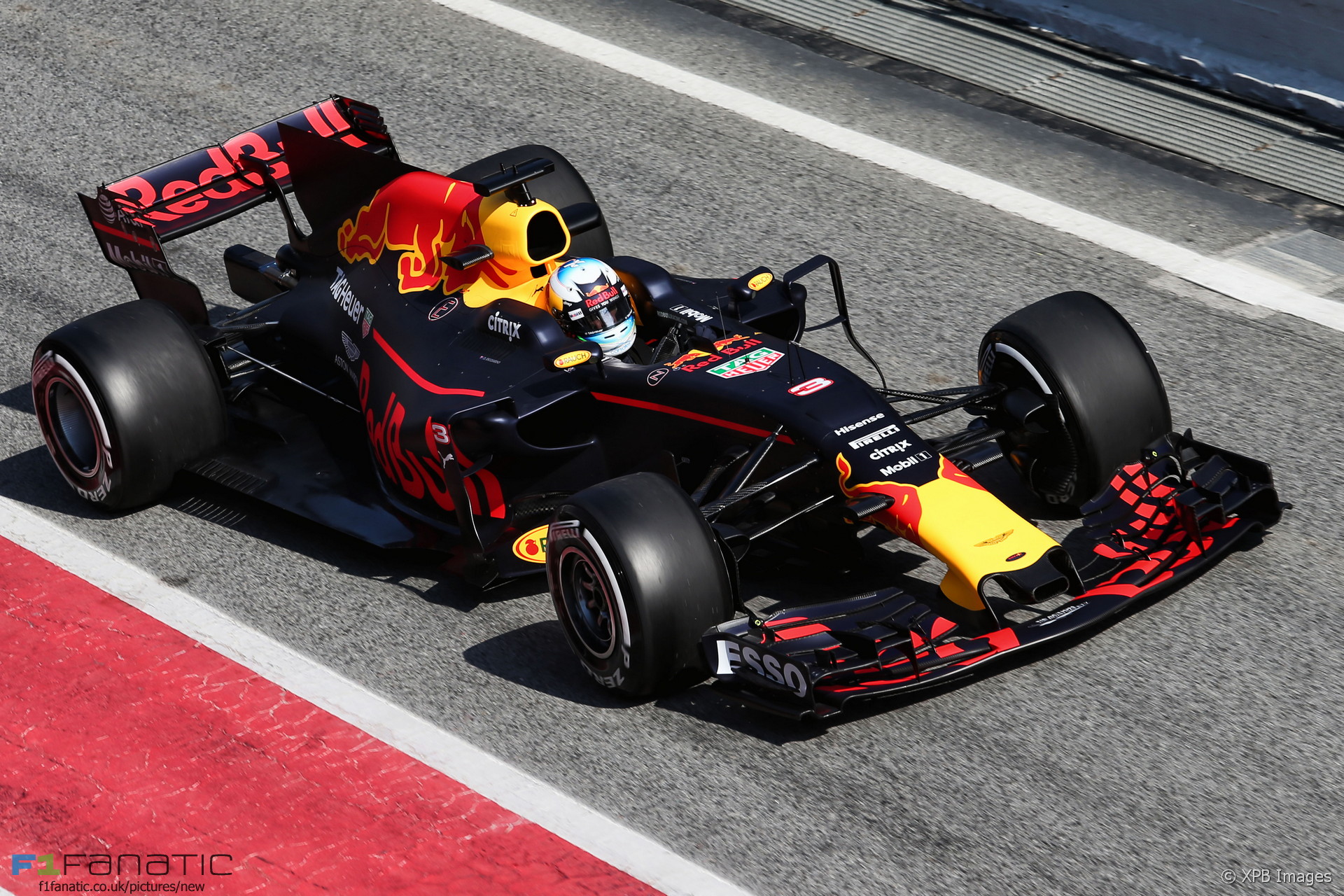 Daniel Ricciardo isn’t concerned about Red Bull’s faltering start to testing today and says the team has a lot more to come from its car.

Sensor and battery problems confined Ricciardo to the garage for much of the first half of today’s test.

“That was good, nice to end the day on a bit of a positive.”

“It would have been nice to do more laps, this morning in particular,” he added. “The main issues were that it was for safety measures.”

“We stopped running because of some sensor things, they were giving us warnings. We are, from the engine side, playing it a bit safe and making sure we don’t do damage on day one. That’s the main thing but the last two hours we got some good running.”

“Hopefully that continues for the rest of the test and Max tomorrow does 200 laps.”

The problems meant Ricciardo hasn’t been able to see what the RB13 can do yet. “I think there’s still a lot more to come from the car,” he said.

“And it’s cold, the track, you feel like it’s cold and the tyres are still probably not in their optimum temperature.”

“But already you see the times, I think Lewis was quicker than the qualifying here last year so sure it’s going to be faster. It’s cool but I think we’re going to get a lot quicker compared to where we are now.”

Ricciardo said his pace was also limited by the conditions, which saw track temperatures peak at just over 30C.

“The soft [tyre] was better than the medium,” he said, “but I think it’s still really, really cold for that tyre.”

“I feel like it wants to give you the grip but it’s not giving what I believe it can. It’s better than the medium but I still feel like the track needs to be warmer for it to be better.”

Red Bull have been tipped to use the opportunity offered by this year’s rules change to rival Mercedes in 2017. However the launch version of their new RB13 is conspicuously lacking in detail.

“I think obviously people expect us to have the most detailed car with lots of little wings everywhere,” Ricciardo admitted. “It looks like some other teams have tried some more adventurous things.”

“We have to see, obviously I have faith in my guys, the team. If we feel that we need to try some other things then obviously that’s what testing’s for. The car looks clean, looks nice, but at the end of the day hopefully it drives fast, that’s important.”